For most of us, holidays are a time to unwind and enjoy quality time, whether with your family, friends or even on your own. Holidays in Greece are synonymous with long lazy beach days, mind-blowing sunsets and memorable meals. But, what if you could add some purpose to your next holiday by contributing back to the people of Greece, particularly those families and communities that are in need of help?

Athens-based not-for-profit organisation Boroume, (Greek for "We Can") organises the distribution of food to charities throughout Greece, offering more than 19,000 portions of food through their network on average every day. Founded in 2011 when the brunt of the crisis had truly begun to be felt, Co-founders Xenia Papastavrou, Alexander Theodoridis and Alia Moatsou found themselves asking (and answering) the simple question “Greece has so much fresh produce that not everyone can afford to buy - what’s happening to it all?” In January 2012 they left their corporate careers and got down to business of establishing themselves as the bridge between companies who had a surplus of food, and local charities that were in desperate need of food produce to assist their local communities.

With a lot of hustle and hard work, Boroume began to gain momentum, and ultimately, donors. Co-Founder Alexander Theodoridis recalls the early days of the organisation, “Right from the start it was such a fantastic feeling even to see a small donation. Instead of throwing 20 loaves of bread in the garbage, small bakeries were contributing their surplus goods. It was, and still is, a beautiful feeling.”

The contributions have only continued to grow. In the past five years, Boroume has saved more than 12.5 million portions of food, valued at €18.7 million, donating to more than 1,000 organisations throughout Greece. Some of Boroume's major donating partners include IKEA, supermarket chain AB Vassilopoulos and FMCG giant Nestle.

The contribution and success of Boroume has made such an impact that they were recently recognised by the European Parliament, where they were awarded the 2017 European Citizenship Award.

During my stay in Athens this year, I signed up to volunteer a few hours of my time to this inspiring organisation and took part in their recently established Farmers Market volunteer program. Over the years of many visits to Athens, I’ve experienced some unforgettable moments (like the sun setting over the Temple of Poseidon, midnight strolls through Plaka, and my first souvlaki at Costas). I knew that the opportunity to give back to the local community in this small way would be special, but little did I know that it would top the list!

Volunteering at the Farmers Market

Visiting the local Farmers Markets (Laiki) around Athens is an experience in itself for those who want to encounter the city as a local. Most municipalities have their own Laiki every week where locals go and buy their fresh produce. Rows of stalls overflowing with fresh vegetables and fruit line the streets, and then there’s that signature Greek soundtrack of chatter, haggling and shouting out the day’s specials.

Boroume’s Farmers Markets initiative aims to collect all surplus produce from cooperating sellers at the markets and directly provide them to a local partner charity. They visit a different market each day of the week and rely on volunteers to help with the collection of produce.

Along with two other volunteers (Athens local Manolis and Costas, a University student currently studying in the U.S.) and our amazing Boroume host Anna, we set off with our trolleys (borrowed from the local supermarket) in the 35-degree heat to the Farmers Market located in Gkyzi (about 10 minutes from Athens center) to see what the sellers were willing to donate at the end of their long market day.

Donned in our Boroume vests, we split into two teams, did our first round of greeting the local sellers and collected a few items. I noticed that we had only picked up a few bags and, feeling a bit disheartened, I looked at my teammate Anna in despair. "Was that it?" Anna looked at me with a knowing smile, “That was just a warm-up to let the sellers know we’ve arrived. Now it really begins!” An hour later, we had collectively gathered around 10 shopping trolleys full of fresh produce, which we handed over to the volunteers from local charity Praksis. Knowing that these fresh vegetables, fruit and herbs would undoubtedly contribute to the fridges of many Athenian families left me with not only a feeling of solidarity, but pride in my fellow Greeks – farmers and sellers who were also doing it tough but were still donating their hard earned produce to others who were in need. Part of the beauty of the Laiki is interacting with characters you’re unlikely to meet during other parts of your travels. Boroume Co-Founder Alex shares, “It’s a really beautiful experience, especially for people coming from abroad. The Greek Farmers Market is somewhere where everyday people shop and you'll meet the most ordinary average Greeks. It gives you a great insight into a broader sample of Greeks and a good idea of Greek society. It's also amazing to see the reactions from the market sellers who are meeting volunteers from Australia, the U.S. and all over the world. They are constantly surprised!"

Get involved and add some purpose to your next Greek holiday

The Hellenic Initiative of Australia has partnered with Boroume to help promote their volunteer program. President Nick Pappas adds, “We encourage people to consider giving a few hours or a few days on their next holiday assisting with this great program. Their efforts will help Boroume to deliver food to charities struggling to meet the increased demand for assistance from people reeling from the impact of prolonged economic hardship.”

To find out more about how you can volunteer with Boroume's Farmers Market program, get in touch with The Hellenic Initiative.

If you'd like to find out more about Boroume and other ways in which you can contribute to the organisation, please visit boroume.gr 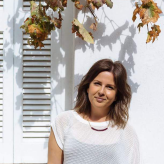