Turkish media reacted angrily to the recent visit of the Minister of National Defense, Nikos Panagiotopoulos, and the Chief of General Staff, General Konstantinos Floros, to Lemnos island in order to wish the island’s National Guard a Merry Christmas.

Articles in the Turkish  press spoke of a “challenge” because Panagiotopoulos and Floros visited Lemnos, which – according to what they claim – “Greece has militarized, violating the treaties.”

The visit of General Floros to the islands of Psara, Panagia, Agathonisi and Farmakonisi, also caused annoyance in Turkish media.

According to the fake Turkish claims, the sovereignty of many Greek islands has not been transferred to Greece by International Treaties.

Meanwhile, the headline of the pro-Erdoğan Yeni Şafak newspaper is typical: “Challenge from Greece: The head of GEETHA, General Floros, visited islands with a non-militarized regime”. 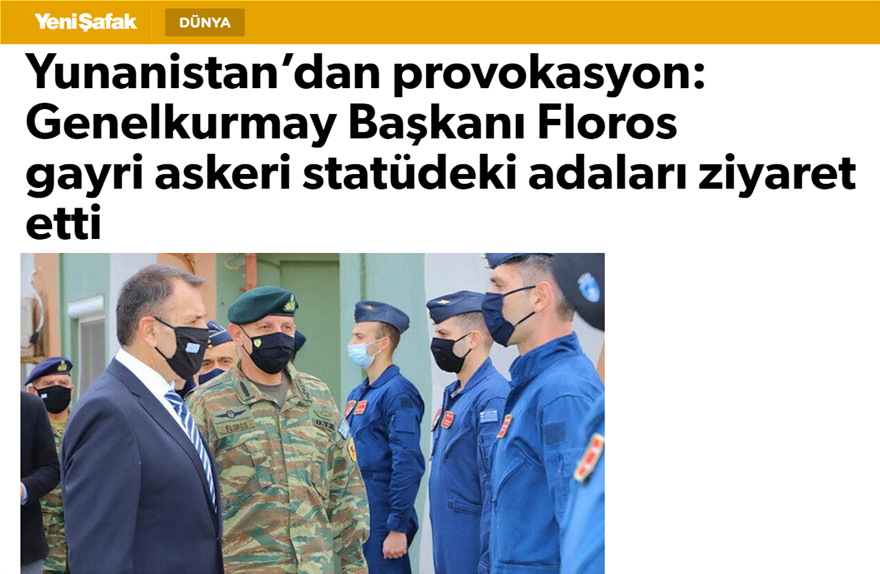 General Floros visited the observation posts in Psara, Panagia and Agathonisi, ensuring the National Guards “readiness and vigilance” against any provocations from the neighboring country.

Greece responds to Turkish demands that the islands be demilitarized

General Floros has series of meetings during official visit to Washington