Thessaloniki resident Zana Santikario Satsoglou, who is 98 years is a survivor of the Holocaust in Auschwitz, was the first resident of a nursing home in the northern port city to get the COVID-19 jab on Tuesday.

The president of EODY, Panagiotis Arkoumaneas, was also present during the vaccinations, which took place in the morning at the Saul Modiano Nursing Home.

Nursing home vaccinations began on Monday in Athens, with a 95-year-old being the first to get the jab. 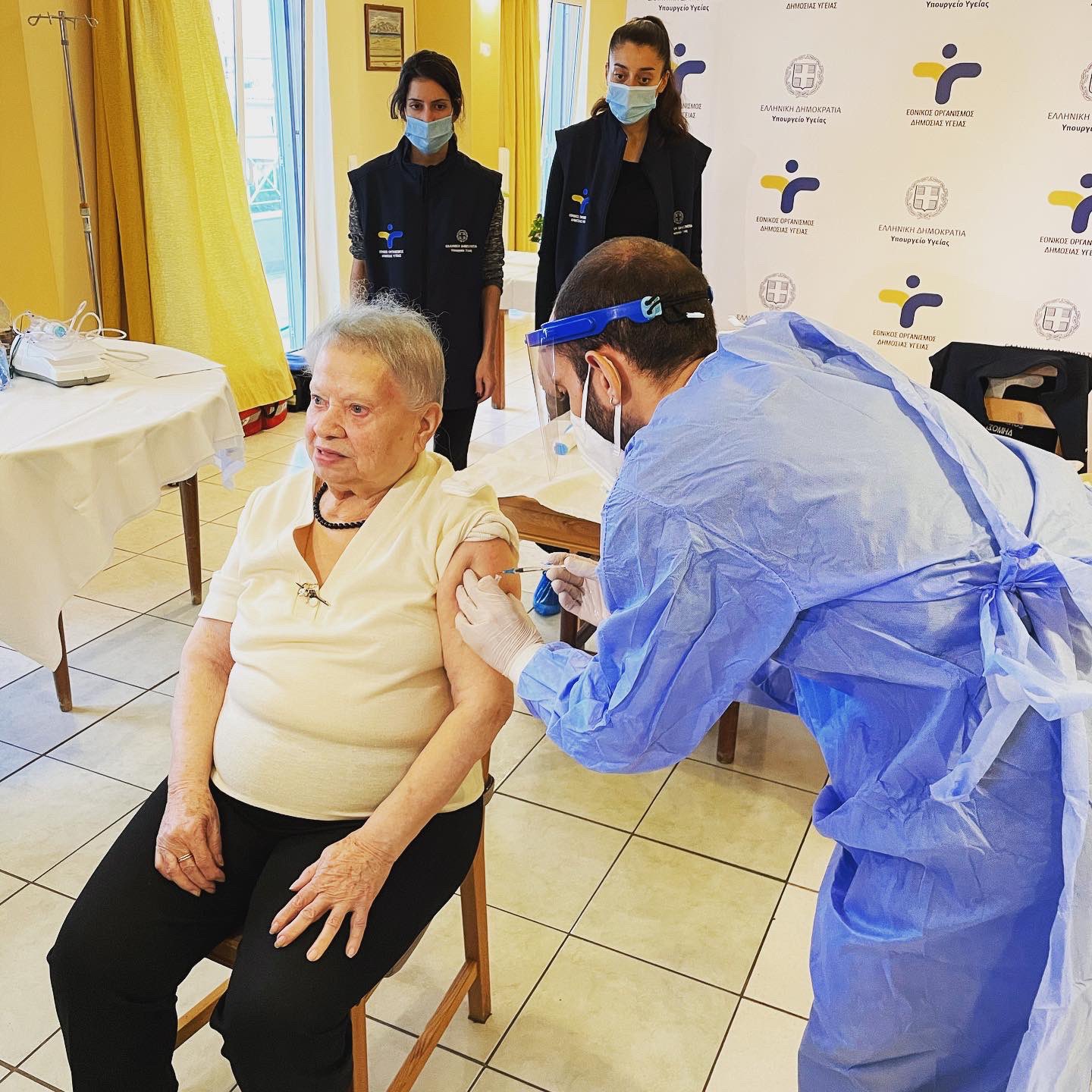 It also comes as Greek leaders, including Prime Minister Kyriakos Mitsotakis, have been vaccinated.