There were 64 people on the flight, including 23 players including Marta Kostyuk, Bianca Andreescu, Angelique Kerber, Svetlana Kuznetsova, Ons Jabeur, Belinda Bencic and Maria Sakkari were some of the players on board. All passengers on the flight were already in quarantine hotels and the positive case was transferred to one of Melbourne’s health hotels.

The positive test was not for a player and the person had tested negative before the flight.

The email for the passengers on flight EY8004 were quickly shared around social media. 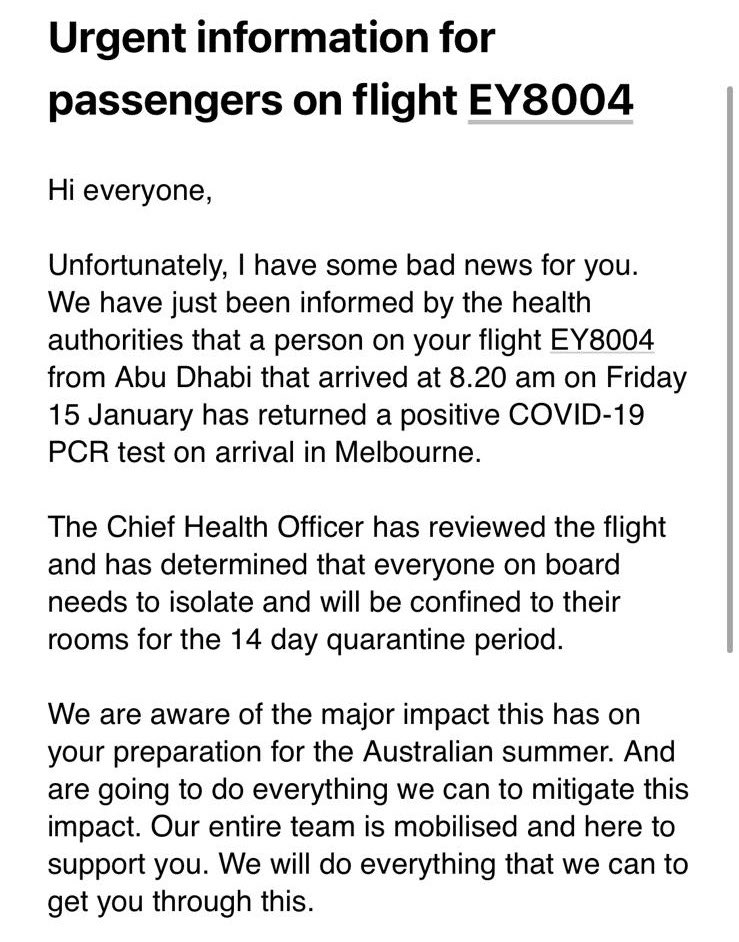 Players aboard this flight now won’t be allowed to practice for the next two weeks except on the exercise bikes the Australian Open delivered to their rooms. COVID-19 vaccinations started today for people over 85: See the photos