On January 12, 2010, a 7.0 magnitude earthquake hit Haiti and destroyed the capital of Port-au-Prince and other cities nearby.

During the earthquake, everyone was affected, whether they were rich or poor, and many people died, and many houses were destroyed.

People could not find a place to sleep because most people lost their homes.

After January 12, 2010, nothing could function in the country because everything was broken and abandoned.

Many people were outside with grief and were not killed, but that did not stop them from suffering greatly.

The state could not do anything for the families of those who died because even the state was hit. 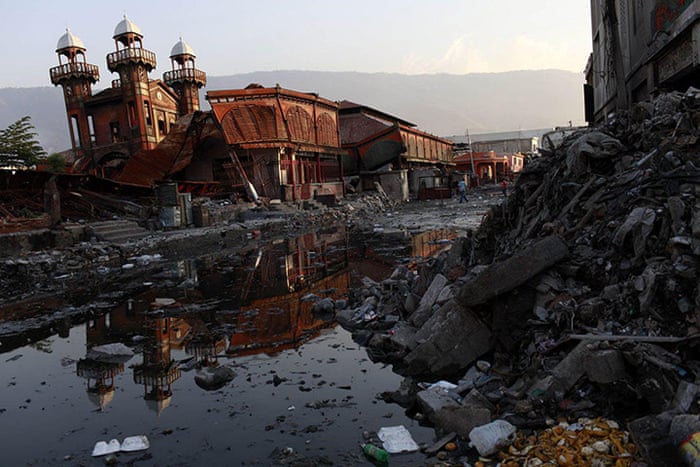 People did not have time for other people because everyone was looking for their families.

Many people have lost their family members.

Many Haitians in the diaspora lost their families and could not enter Haiti at the time because the airport was not open.

The whole country was in darkness because there was no electricity at all.

Some other cities in the country had electricity but Port-au-Prince did not have electricity at the time.

Werley Nortreus, a victim and a witness who was in Port-au-Prince at the time said he was in his room with his brother when the earthquake hit Haiti.

He came from school and was removing his clothes in his room.

The earthquake struck and the house collapsed on them.

He and his family lost their homes but were not injured or killed.

It was the neighbors who broke a window and pulled them out, so they would not suffocate and die under the house.

“Out of nowhere, we heard a big boom, then the house started shaking from left to right then collapsed. After the earthquake, I saw bodies in the streets, buildings went down, there was darkness because there was no electricity at all," Werley Nortreus said.

"My family and I became homeless, we spent months sleeping in the streets with strangers. My family and I moved to the Dominican Republic to escape from pain and misery," he continued.

"From there we went to the U.S. to seek a better life”, he added.

11 years later after the 2010 earthquake, Haitians across the world honored the victims and all those who died.

This earthquake is an earthquake that people across the world will never forget because most Haitians lost their loved ones and friends.

The Greek government announced a donation of €200,000 when it was in the midst of its own severe economic crisis, and the Foreign Ministry sent a team of 25 healthcare professionals, nurses and rescuers, as well as Hellenic Aid officials and rescue workers.

This was alongside pharmaceutical supplies.

On January 24, Greek and French rescuers pulled alive a 24-year-old from the ruins of a hotel, twelve days after the catastrophic earthquake.

More than one billion dollars were raised by some international organizations (NGOs) and the Haitian Government (PHTK), but there is still no progress in the country.

Unfortunately, 11 years later after the shake, nothing has changed.

Bob Duval is is a journalist and writer living in Haiti and covers Caribbean and global news. He also writes stories about politics, arts, entertainment, and culture, and previously worked for major local tv and radio stations in Haiti.

What Tomorrow Brings: The Story of Romane Antoine Simon

GREECE LIBERATED: The diplomatic history of the Greek State after the 1821 Revolution (VIDEO)

Greece sends an additional 100,000 euros to Haiti in the wake of a devastating earthquake