Foreign Minister Nikos Dendias is having successive bilateral meetings with the ministers who are in Athens for the Friendship Forum, namely Cyprus, the United Arab Emirates, Saudi Arabia and Bahrain.

"Ministers from Greece, Cyprus, Egypt, the UAE, Saudi Arabia, Bahrain and France, we meet with a common goal: to build friendship, peace and prosperity from the Mediterranean to the Gulf," Dendias wrote on Twitter. 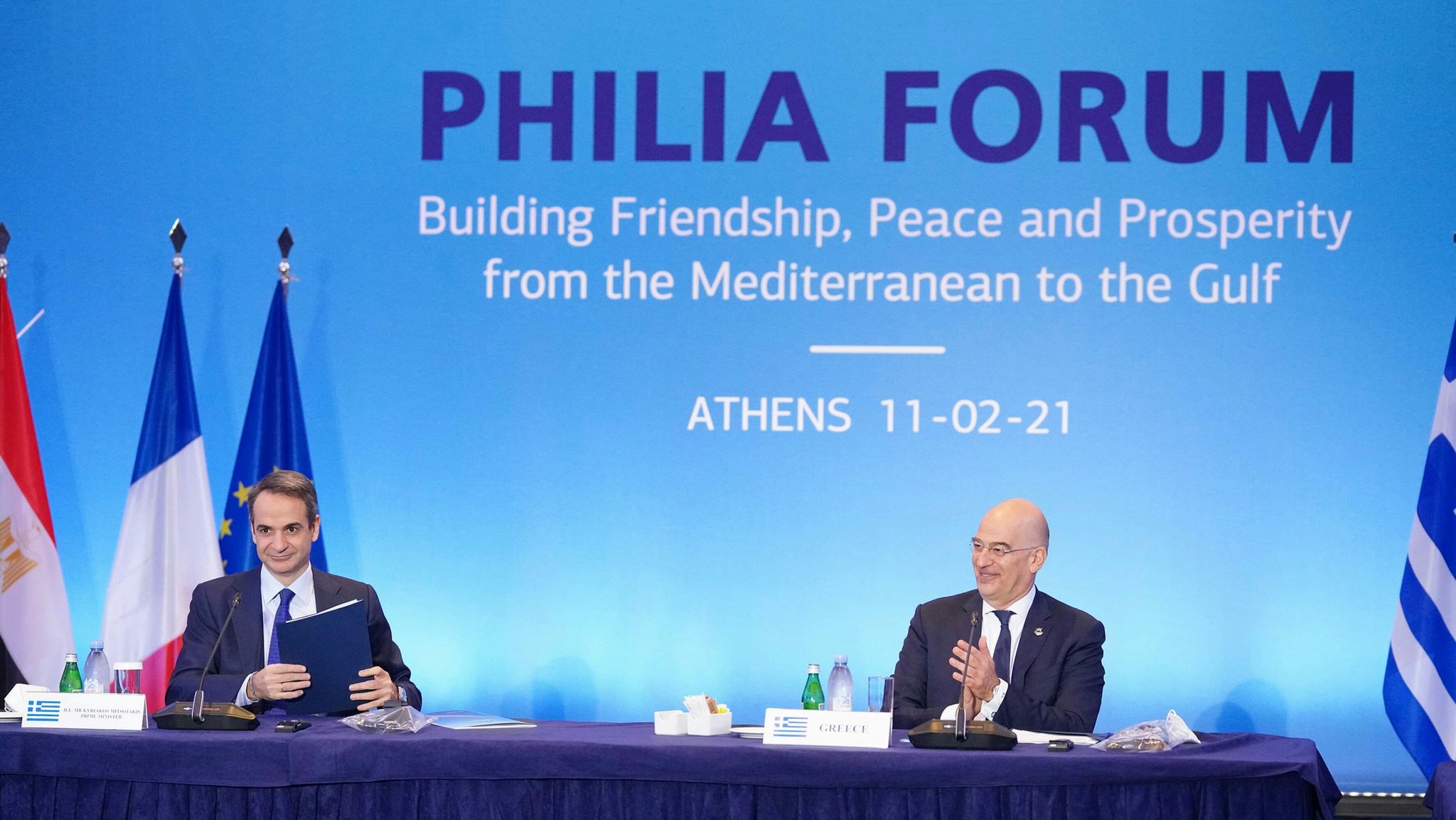 "Greece's ambition is to be a bridge between the Eastern Mediterranean and the Gulf, with the Balkans and the rest of Europe," Dendias said in a statement after the end of the Philia Forum hosted today in Athens.

As the Foreign Minister stressed, for the consolidation of prosperity in the wider region, the key component needed is peace, which "is threatened daily by subversive and revisionist forces, which invoke not logic, but irrationality." 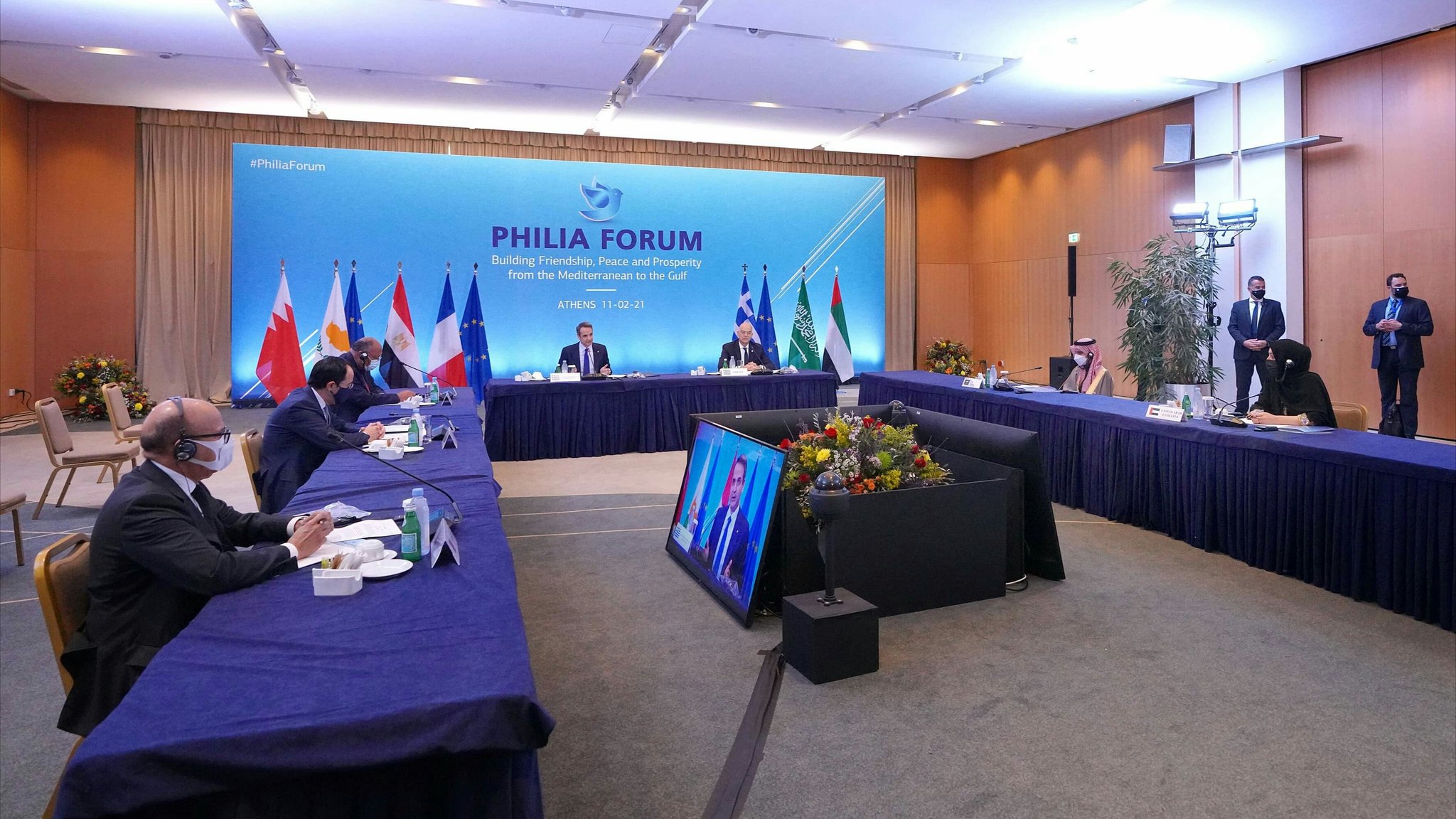 "In order to achieve their goals, these forces carry out a number of illegal and irrational actions, such as the Turkish-Libyan memorandum," he highlighted in reference to Turkey's attempt to steal Greek maritime space.

"They threaten or use force, occupy other countries' territories, support extremist groups or extremist ideologies, support terrorism, interfere in the internal affairs of other states, with the ultimate goal of overthrowing unfriendly governments," Dendias continued.

"The Philia Forum on the other hand," said Dendias, "is the background for the creation of synergies in various fields, such as the economy, energy, transport, tourism, culture, education, civil protection and dialogue between religions."

"With our meeting today, we are laying an additional foundation for the consolidation of friendship, peace and prosperity in the wider region, from the Mediterranean to the Gulf," he said.

He reminded that all the participating countries are united by common principles which are enshrined in the Charter of the United Nations - namely good neighborliness and the peaceful settlement of disputes on the basis of international law.

"Obviously it is not a coincidence that all the countries here today have signed the UN Convention on the Law of the Sea, which is also known as customary law," he said.

"I would like to make it clear: no, we do not intend to build a defense alliance. The Forum is not directed against anyone," Dendias stressed. 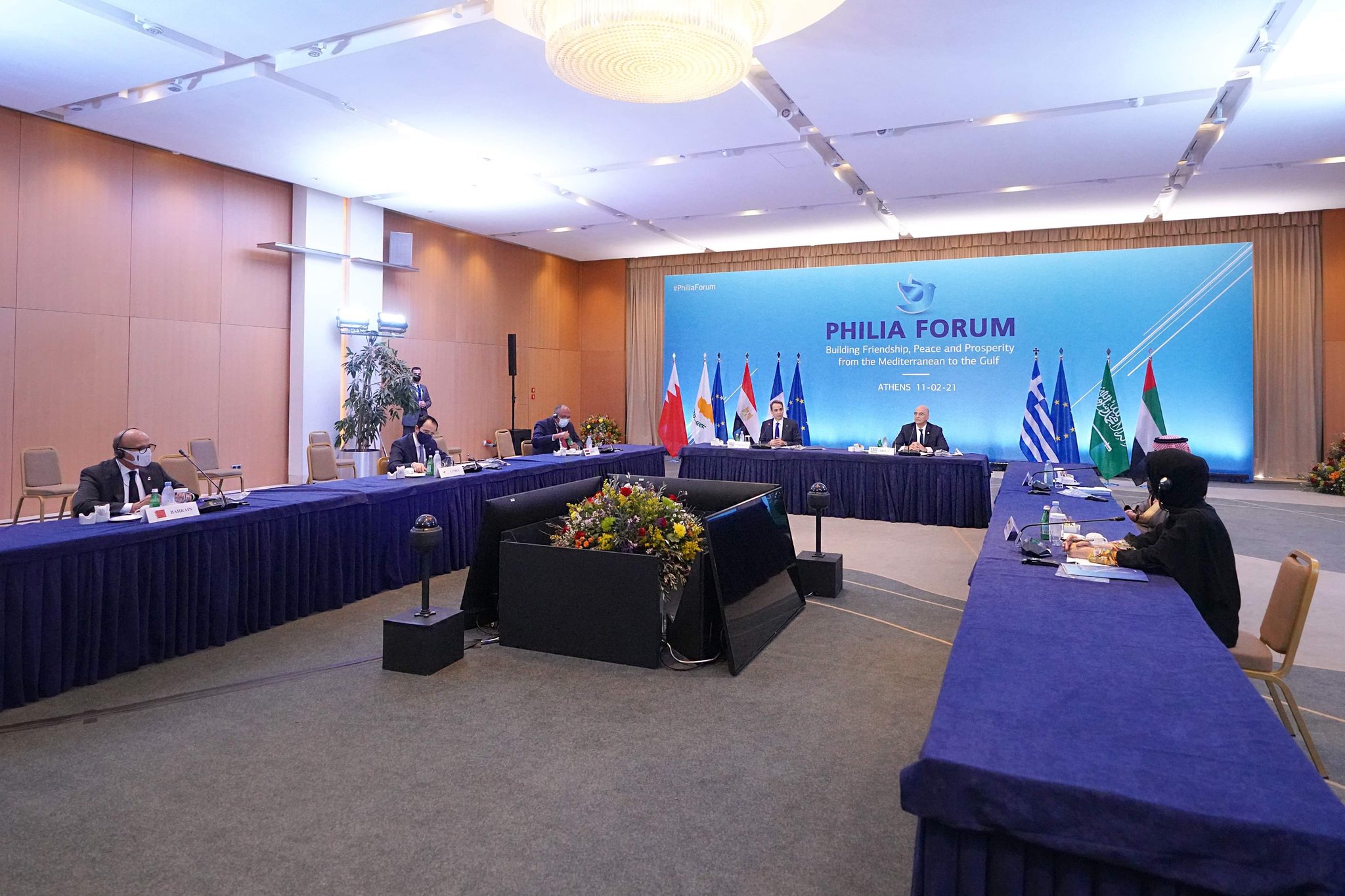 "We extend a hand of friendship in all directions with zero exception, with only one basic condition: respect for law and the basic principles of international conduct."

Dendias pointed out that the Philia Forum is the framework from which countries can exchange views on common challenges, such as tackling a pandemic that knows neither borders nor continents.

Other issues were also discussed, such as Libya and Syria, and all agreed to set up a regional co-operation network linking Mashriq to Europe.

Dendias hailed "the courage, the vision and the tireless efforts of the countries represented here today to promote peace and prosperity in the region".

"We are breaking the vicious cycle that has lasted for years. We are trying and opening new roads of peace and cooperation," the foreign minister concluded.

SEE the photos: Swans in Rafina Port after a long absence