The images and video of the National Guards and non-commissioned officers winter military training are once again impressive.

Taking advantage of the weather, the army trained candidate officers and non-commissioned officers in the snow.

Specifically, over February 15 and 16, men from the Military School of Guards (SSE) and the School of Non-Commissioned Officers, performed a series of exercises in the snow.

The training program for students of the Guards School in Ymittos and the School of Non-Commissioned Officers in Trikala included operational and special education, as well as individual tactics.

The exercises were to also create a familiarity of operating in adverse winter conditions in the countryside. 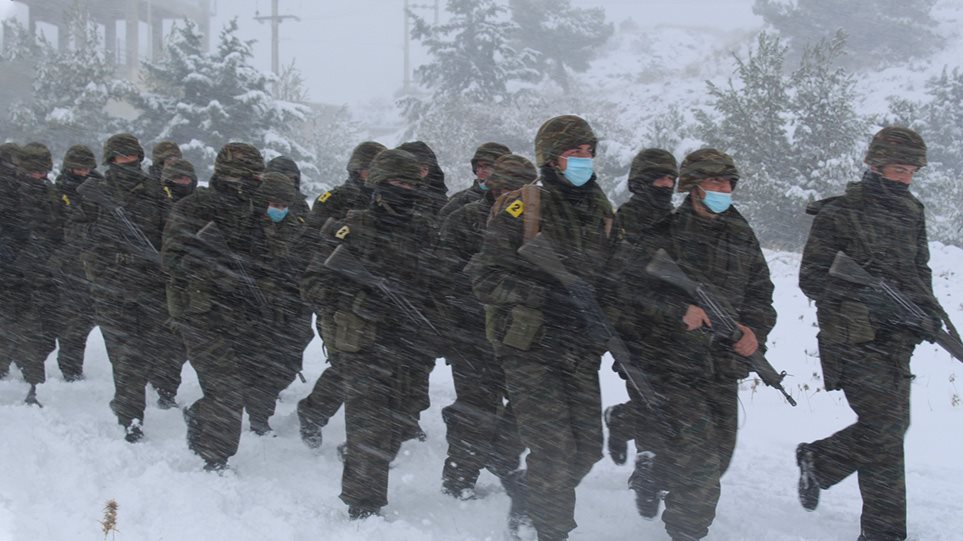 The training aimed to increase their physical and mental endurance, as well as their skills as fighters.