Foreign Minister Nikos Dendias will go to Cairo and Nicosia on Monday.

This visit will come days after Ankara announced it was ready to start talks with Cairo on Mediterranean zones.

A Foreign Ministry spokesman said that bilateral relations, the entire political spectrum, and economic and energy cooperation are expected to be discussed.

He revealed that regional developments will be discussed, starting from the developments in the Eastern Mediterranean, but also in Libya.

This visit will focus on the “follow up” of the Philia Forum in Athens, where on the sidelines there was a bilateral meeting between Dendias and Sameh Shoukry, as well as a meeting of the tripartite cooperation between Greece, Cyprus and Egypt.

After Cairo, Dendias will go to Nicosia and meet with his Cypriot counterpart Nikos Christodoulidis.

During the meeting of the two Foreign Ministers, two issues will be discussed.

One is the coordination on the Cyprus issue, given that on Monday the special envoy of the UN Secretary General for Cyprus, Jane Hall Luth, will be in Nicosia and will meet with the President of Cyprus Nicos Anastasiades.

Anastasiades will visit Athens on Wednesday, where he will have a brief meeting with Dendias and then meetings with the acting leadership of the Ministry of Foreign Affairs. 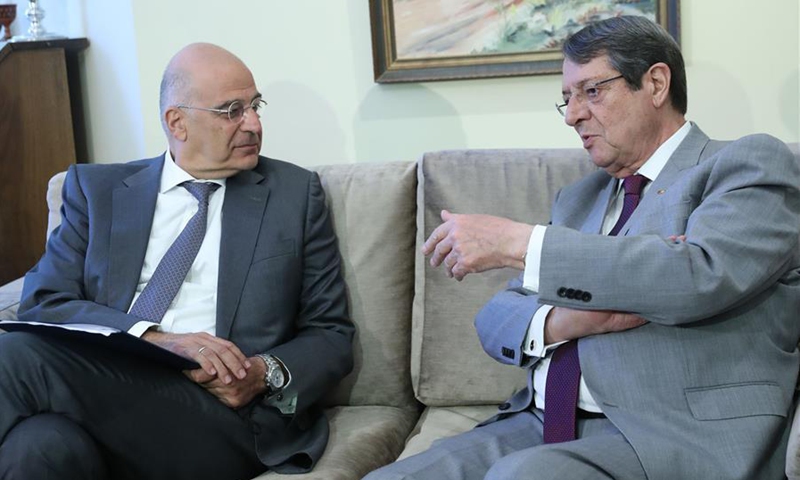 The second issue that will be discussed during the meeting of the two Foreign Ministers in Nicosia, are the developments in the Eastern Mediterranean and EU-Turkey relations in view of the EU Foreign Affairs Council on March 22.

They will also discuss the upcoming European Council meeting, in which the report by EU High Representative Josep Borrell on Turkish delinquency will be presented.