What is Greece gaining with the new map published by Egypt?

Are the Egyptians expecting something in return and what should Greece do next?

The new Greek-Egyptian agreement is trying to put put a hold on Ankara's aspirations for Turkish-Egyptian talks regarding maritime zones.

Cairo has revised the coordinates of plots to be exploited in the Eastern Mediterranean, theoretically halting some of Turkey's expansionist aspirations.

With its previous coordinates, the disputed plot 18 according to the Egyptian version of the map, Cairo is said to have adopted the view derived from the Turkish-Libyan memorandum regarding the existence of Turkey's Exclusive Economic Zone (EEZ).

The euphoria at the Foreign Ministry succeeded the initial concern that had been caused, as according to the revised map published by the Ministry of Oil in Egypt, plot 18 changed coordinates and now reaches the 28th meridian.

This move, according to some, ensures the sovereign rights of Kastellorizo that the Turks were trying to deny.

As Foreign Minister Nikos Dendias from Larnaca pointed out, this amendment is a technical issue concerning the Egyptian side.

However, in order to end the issue, there was a barrage of diplomatic contacts and consultations from the Greek side.

That was one of the reasons why Dendias met his Egyptian counterpart Sameh Shoukry in Cairo.

Diplomatic sources pointed out that after the Dendias-Shoukry meeting, it became clear that not only is there no discussion or prospect of an EEZ delimitation between Egypt and Turkey, but there are also reports that speak of an Egypt-Turkey rapprochement.

What does this mean in practice for Greece?

This new map does not confirm or legitimise the limits of the EEZ that Turkey wants as the previous version of the map would show, says Kostas Yfantis, a professor of International Relations at Panteion University.

"It protects the acquis of partial demarcation, even temporarily," he said.

"In the summer agreement between Athens and Cairo, there is a forecast that shows that the demarcation has not been completed," the professor continued.

"It is envisaged that anything that happens east of the 28th meridian presupposes first the consultations between the parties," Yfantis said.

"For example, if Greece and Cyprus want to delimit something in the region, they must first negotiate with Egypt and if Egypt wants a demarcation with Turkey, it would have to negotiate with Greece," he stressed.

Egypt's actions could have multiple targets, said George Filis, PhD in Geopolitics of the University of Athens. 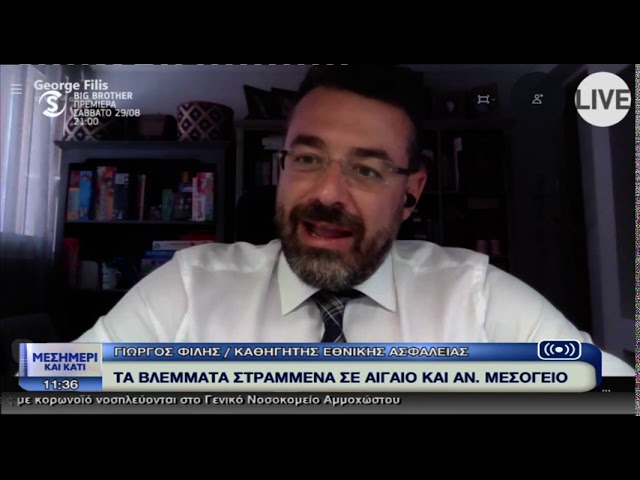 "For the time being, the Egyptians are back for the plot, while it is not known whether they have a broader plan for the area," he said.

Possibly, he said, they could use the move as a bargaining chip to divert the pipeline from Israel to Egypt and from Egypt to Crete, turning the East Med pipeline.

The goal, according to the professor, could be Greek pressure for this branch, consequently with the pressure of Cyprus.

On the other hand, Filis argues that Egypt does not want to warm up its relations with Turkey as it faces a real threat from Erdoğan and the Muslim Brotherhood, which are directly linked.

"Since Egypt is facing a threat from this transnational Islamist organisation established inside the country, there was no way for the Egyptians to reach an agreement with the Turks who threaten the existence of the Egyptian state through this organisation."

At the same time, Filis emphasised that the actions of Egypt in the previous period are related to the attempt to exploit the absence of Greece from the region.

"It is a sovereign state but it did not intend to hit Greece, but what they intended to do was to control Greece's reflexes in this area, which is in fact controversial," Filis said.

"This is because Greece has not signed any demarcation with Cyprus at the moment," he continued.

The conclusion according to the professor is that the red line of Greece should be "to sign a demarcation of an EEZ of even one mile with Cyprus and to clarify both in Cairo and in Ankara that the EEZ of Greece and Cyprus should be in contact."

READ MORE: EastMed pipeline could be ready in five years.

Up to 500,000 Russians could visit Greece this summer

It is out! Watch and listen to Greece's 2021 Eurovision song