In a climate of emotion and national pride, Prince Charles laid wreaths at the monument of the Unknown Soldier for the 200 year anniversary the Greek Revolution against the Ottoman Empire

Prince Charles visited Athens on this special symbolic day with his wife Camilla.

In fact, after he laid the wreath on behalf of Great Britain, he shed some tears when his country’s anthem was playing.

It is noted that Prince Charles’s father and Elizabeth’s husband, Philip, was born in Corfu.

The Prince’s wife, Camilla, used a blanket to cover her legs. 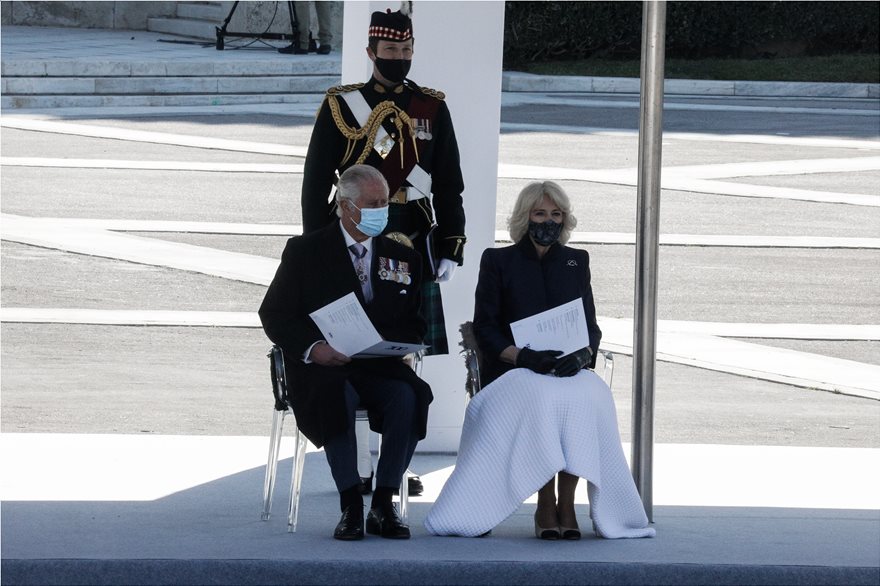 In a speech, the Prince emphasised the close ties between Greece and the United Kingdom.

The Prince of Wales speaks about the ties between the UK and Greece during tonight’s Bicentenary Dinner. #RoyalVisitGreece

After the parade, the heir to the British throne went to Maximos Palace for a brief meeting with Prime Minister Kyriakos Mitsotakis.

On This Day in 1940, soldier and Olympic Gold Medalist Spyros Louis dies