Turkey resumed its provocations against Greece by dispatching F-16 fighter jets to fly over Greek islands.

At 11:30, a second pair of Turkish F-16s  flew over Makronisi and the Anthropofa again. 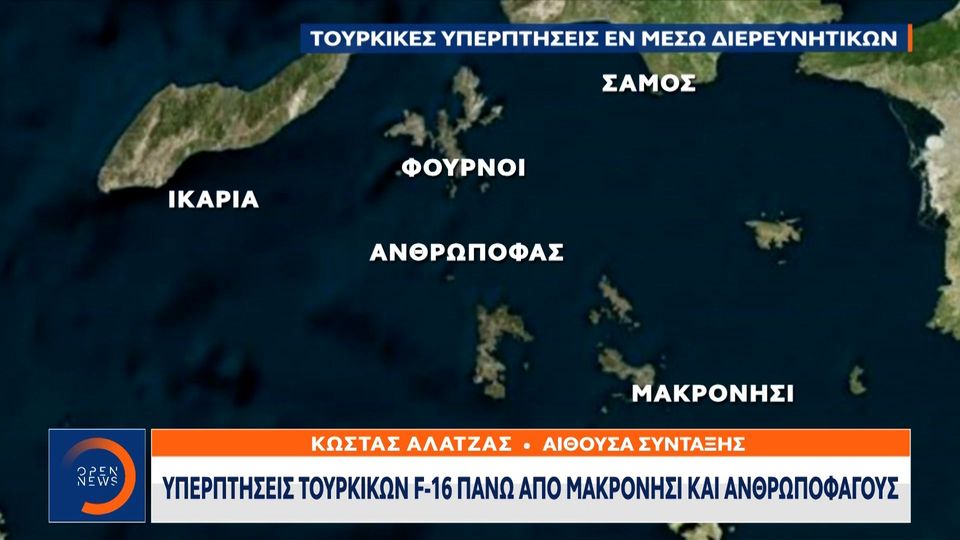 What was the Chinese Defence Minister looking for in Athens?