The old PYRKAL factory in ​​Ymittos, with the proposed name of “Andreas Lentakis” in honour of emblematic former mayor of Ymittos, will become the “green lung” of  Athens, Prime Minister Kyriakos Mitsotakis announced today.

The transformation will turn the old factory into an 80 acre park, something that has been requested by residents for decades.

At the same time, more than 1 billion euros will be saved in the long run, based on the rents currently being paid for by the State.

“The plan prepared by the Government envisages the creation of a new green lung in the centre of the city,” said Mitsotakis from the facilities of the old PYRKAL factory which now belong to the Hellenic Defence Systems. 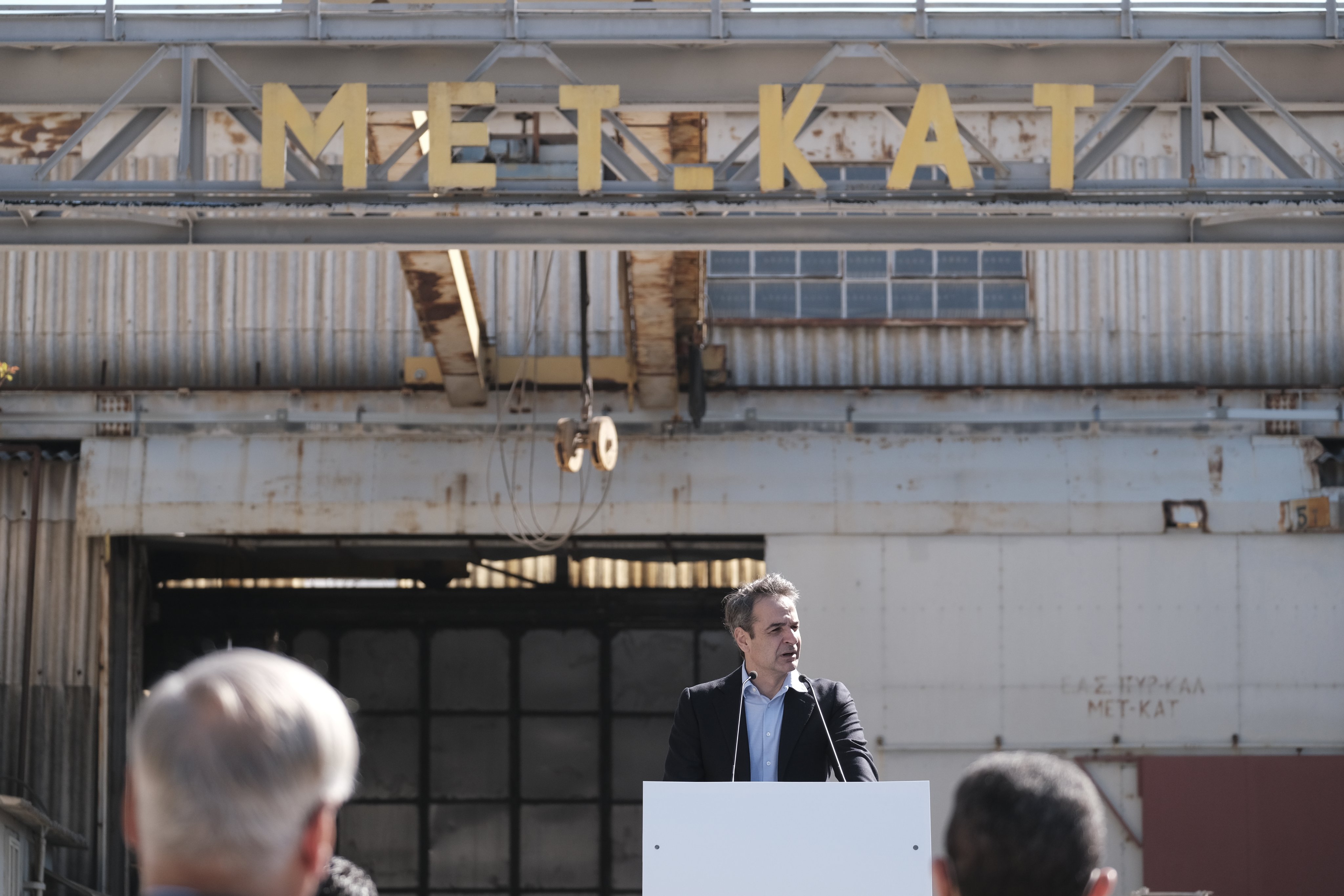 The investment will be made through Paycheck Protection Programs and is estimated to amount to 250 million euros.

The development of the property allows for a substantial operational upgrade of many public services which are now scattered in dozens of rented buildings, burdening the public coffers.

It is fully in line with the needs of the local community as the removal of the factory from the urban fabric has been requested for since 1996.

“We are given the opportunity to give 120 acres, 80 acres in a park, 40 acres in common areas, to the citizens of Dafni and Ymittos”, stressed Mitsotakis.

“We are located three kilometers from the centre of Athens, very close to a Metro station,” he continued.

“The possibility of this space to host nine ministries will lead to the economic upgrade of the region,” the Prime Minister said.

“At the same time, many properties in the city centre will be free and can be used for other purposes,” said Mitsotakis.

At the same time, the properties that will be relocated by the State will be used for residential, commercial and cultural purposes, contributing to the revitalisation of Athens centre. 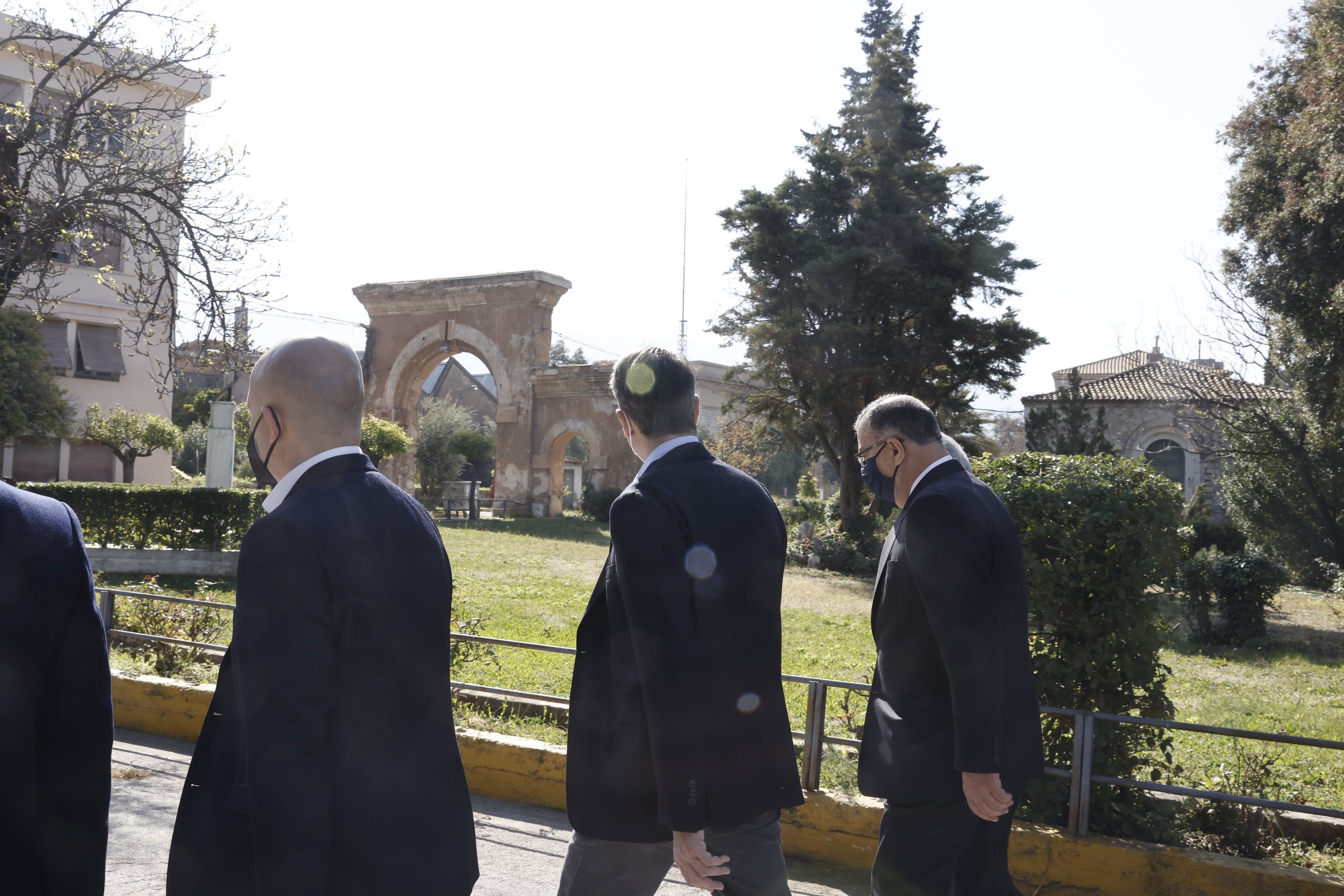 Today, the State rents a total of 141 buildings for housing Ministries.

The annual operating cost and rent for the Ministries and other services that will be moved to the new park exceed 33 million euros, while in many cases the facilities that are rented do not meet the current environmental criteria.

The direct and indirect revenues freed from private real estate thanks to the project is predicted to save about a billion euros for public funds between the next 25 to 30 years. 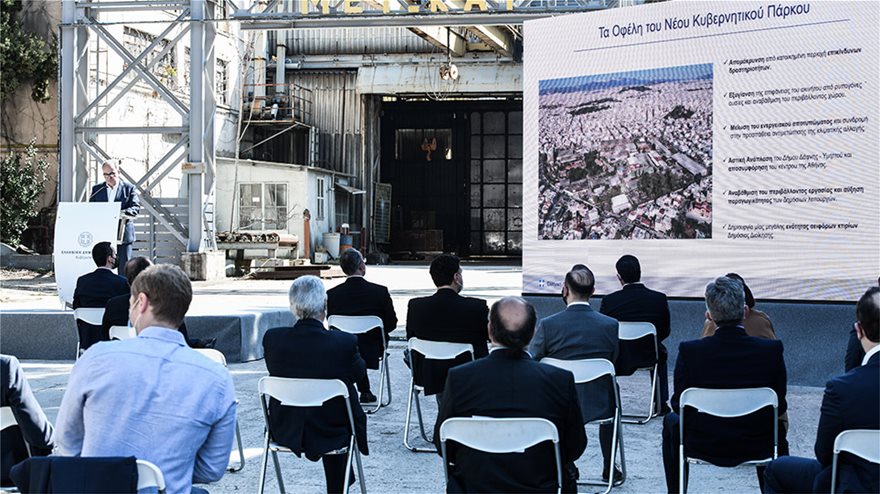 “I thought that the most correct name of this place would be ‘Andreas Lentakis’ government park,” Mitsotakis said.

“He had his roots here in the Municipality, was Mayor of Ymittos and changed the face of the city,” he said.

“But, in the end, the decision of naming will be one that you will make as this space primarily concerns you,” he stressed. 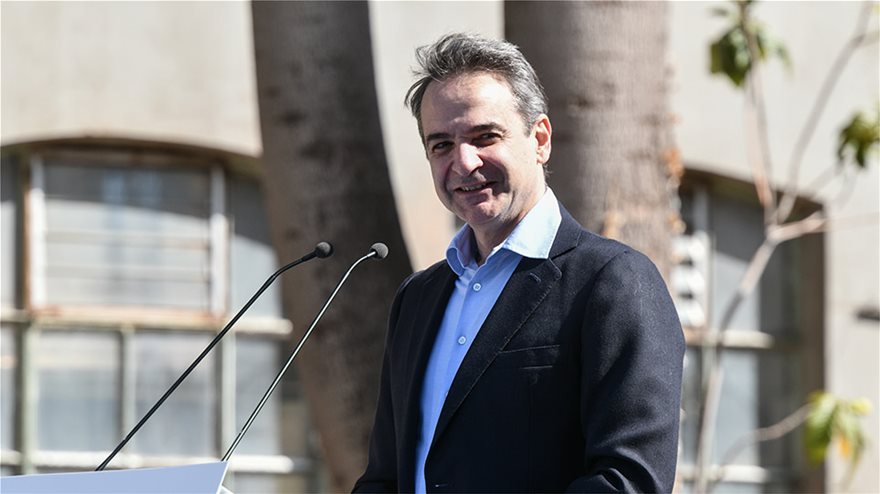 The relocation is projected to reduce energy consumption and emissions by 60-70% as the new facilities will be bioclimatic.

The “green” footprint will be complemented by renovation projects that will accompany it.

The complex is located a very short distance from the “Dafni” Metro station, which means that there will be no traffic congestion.

The plans for the new Metro Line 4 allows for the construction of another station in the area too.

The Mayor of the city, Tassos Biniskos, stressed that this is “a project that will upgrade the daily life of our citizens” as there will now be facilities for sports and leisure.

Greece and Libya to “immediately” restart discussions on maritime zones