At the urging of the Hellenic Institute of Cultural Diplomacy, mayors of major cities and villages with Greek roots in Sicily magnificently honoured the 200-year-anniversary of the Greek War of Independence.

However, a special mention was made for the 147 Italians who left their homeland to fight for the Greeks in the first years of the Greek Revolution against the Ottoman Empire.

In fact, for the first time the names of four heroes were published based on the available documentation. 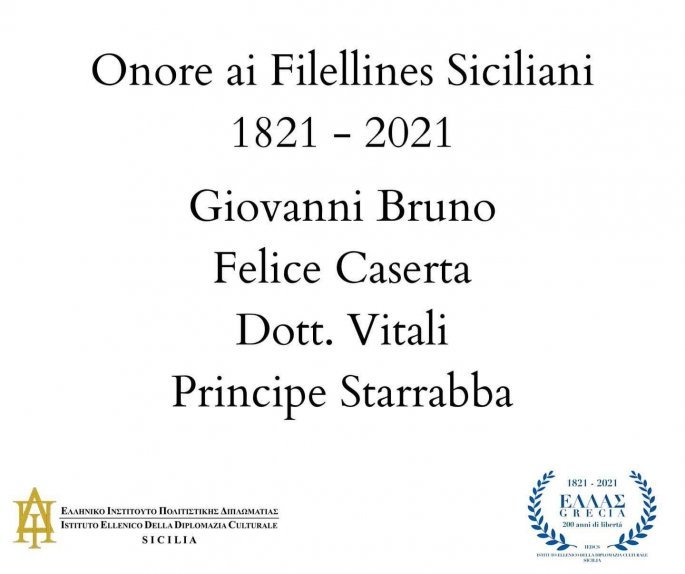 Investigations are underway to identify other volunteer fighters.

“The 147 Italians left their homeland to help the Greeks and fight for a common ideal, freedom,” Stella Kalisperatou, president of the Hellenic Institute of Cultural Diplomacy, said to Ethnos.

“Among the 147 fighters, five heroes were identified, and that is something that shocks Italians, but also us Greeks, and of course it brings the two peoples closer and binds them even more,” she said.

The surprises from Sicily exceeded all expectations though.

The mayor of Giardini Naxos, the first Greek colony in Sicily (734 BC) and a twinned Municipality with Naxos island in Greece, made a special reference to the Greek Revolution by videotaping a message.

The town hall of Naxos Giardini also honoured Greece with the Greek flag. 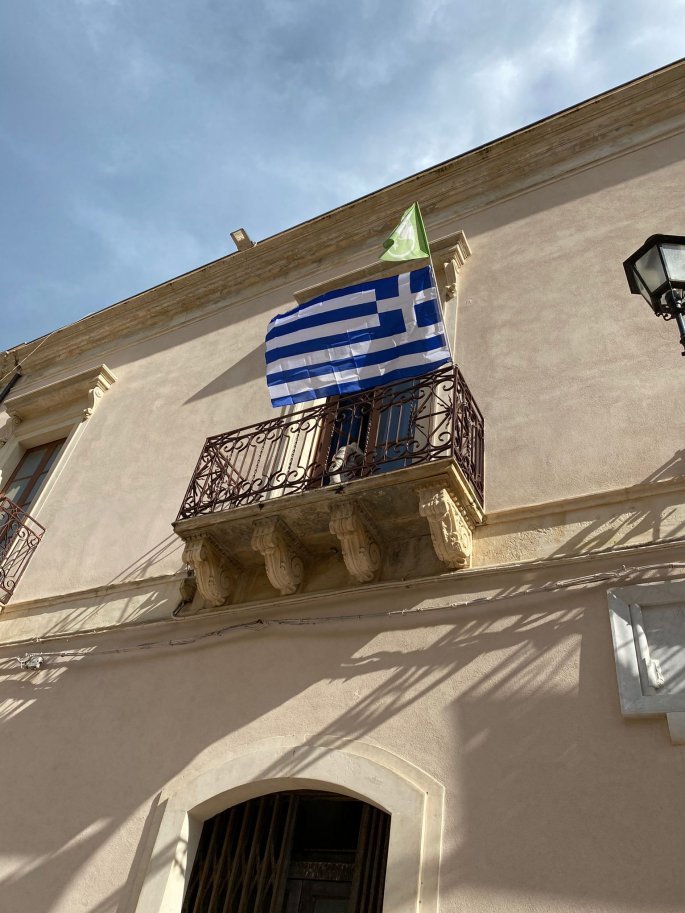 Elsewhere in Sicily, an event was held at the City Hall of Catania.

Mayor Salvo Pogliese received the Honorary Consul of Greece, Arturo Bizarro, and the President of the Hellenic Institute of Cultural Diplomacy, Stella Kalisperatou, in his office. 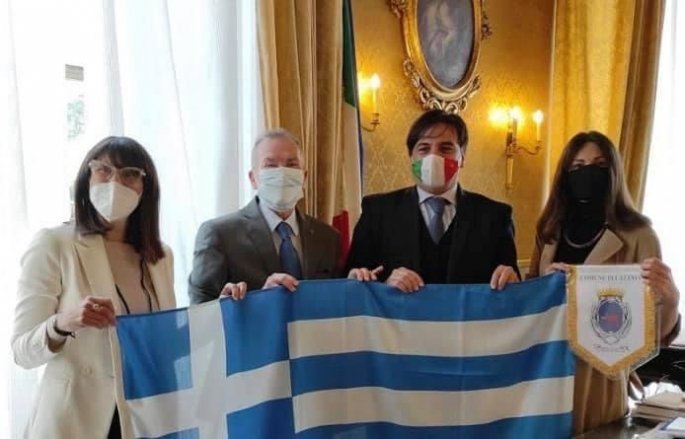 The names of the Italians who fought in the Greek Revolution were also revealed there, surprising the mayor who also referred to the Greek roots of Sicily.

The Greek delegation handed over a large Greek flag which then adorned the exterior of the town hall of Catania.

The newspaper La Sicilia had this event as its main headline: 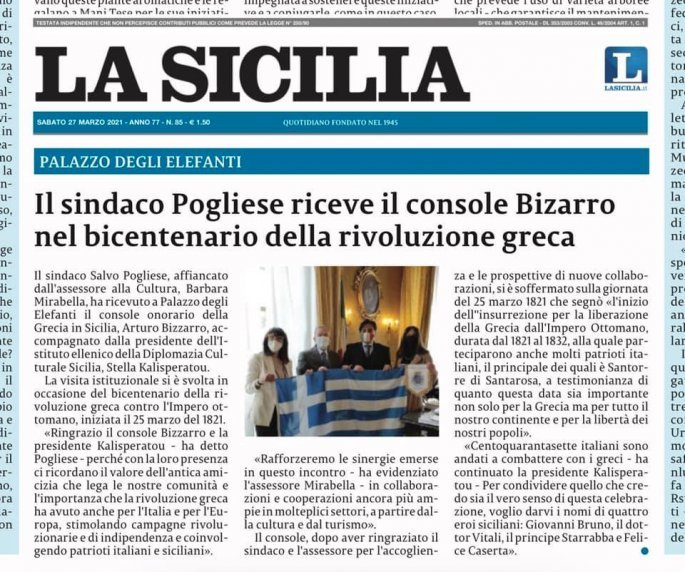 One of the most moving moments was the visit of the Greek delegation to the school of Kargalos in Syracuse.

The children welcomed Kalisperatou with great warmth by displaying Greek flags and signs that read “Freedom or Death”.

The surprises continued however when the children of the school demonstrated their knowledge of the Greek War of Independence and many of the heroes who played a leading role. 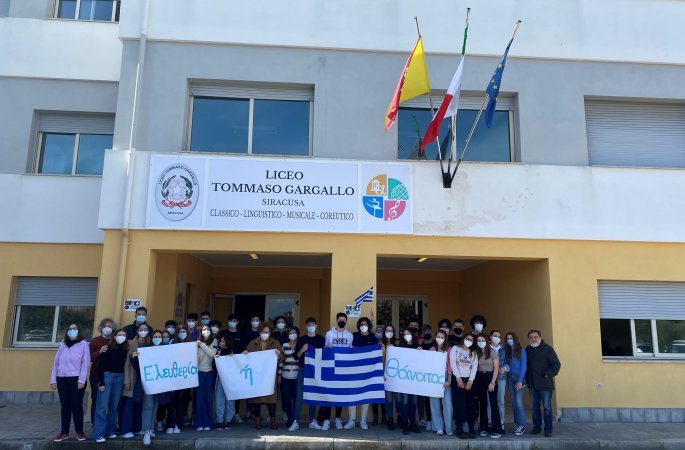 Kalisperatou experienced another moving reception during her visit to the High School of Spentalieri in Catania.

“They welcomed me by having painted the Greek flag on their faces,” she said.

“The children were excited by the inspiration of this top historical moment for the Greek nation and as they told me, deep inside a part of them is from Greece, Greek culture,” Kalisperatou explained. 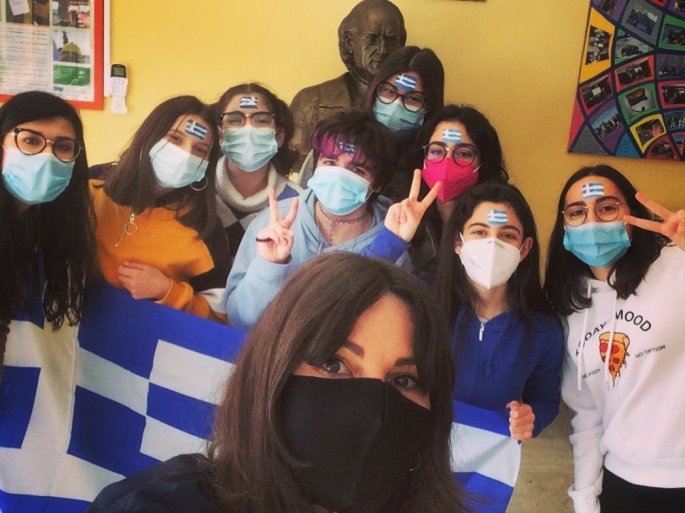 She then stressed her admiration of Sicilian children knowing great details about their Greek roots.

“The children who go to the school learn a lot of history and about ancient Greece, and there is a great admiration for Greece.

“They read history, have a deep appreciation and a lot of knowledge.

“This is exactly what we want to preserve and pass onto the new generations, that is the purpose of our Institute.”

The Gulli & Pennisi High School of Acireale, in collaboration with the Hellenic Institute of Cultural Diplomacy – Sicily, also celebrated the 200th anniversary of the Greek Revolution and honored the spirit of friendship between Sicilians and Greeks. 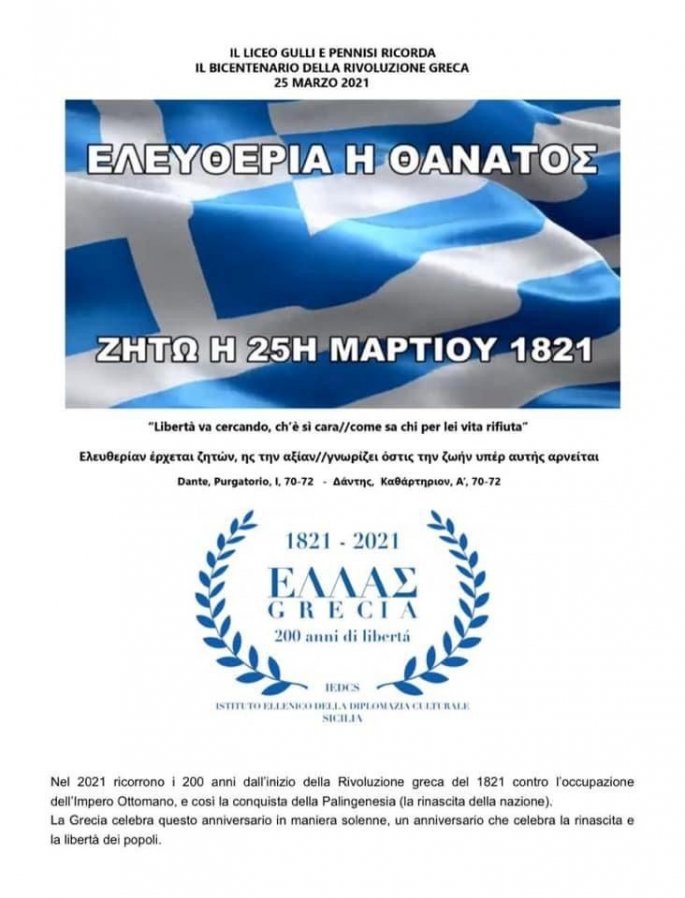 The mayor of Ispica, Innocenzo Leontini, ordered the blue and white flag to be flown next to the Italian and regional flags.

In his message for Greek Independence Day, he stressed that “solidarity, brotherhood, common values ​​and the love of freedom between Greeks and Sicilians are in the depths of centuries.” 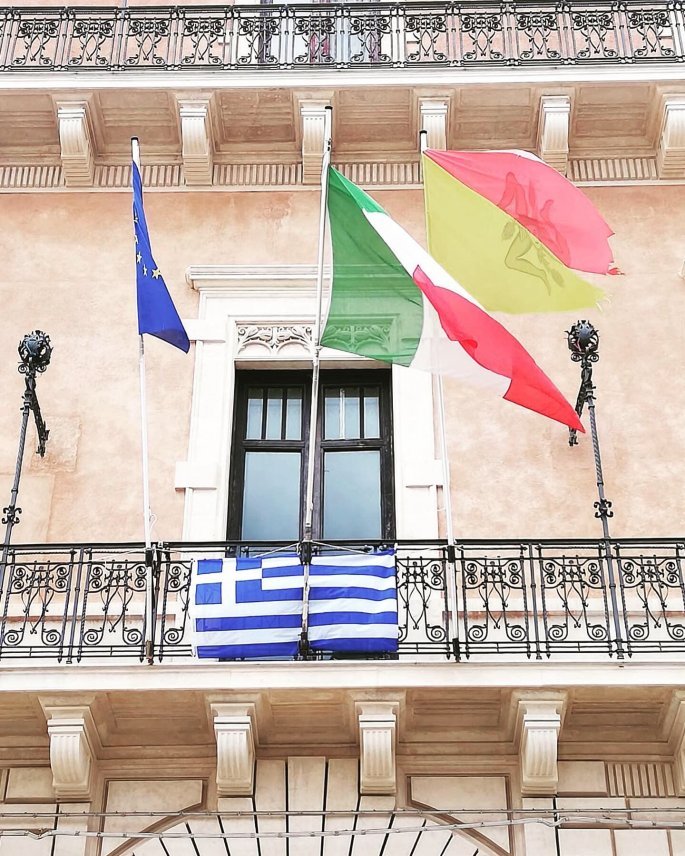 The message by the mayor of Ispica:

The message from Sant’Alessio Siculo, which was a Greek colony to Sicily from Chalkida in the 8th century BC, was also touching.

In fact, an announcement and a resolution were issued, saying:

“Better to have an hour of free life then forty years of slavery and imprisonment.” 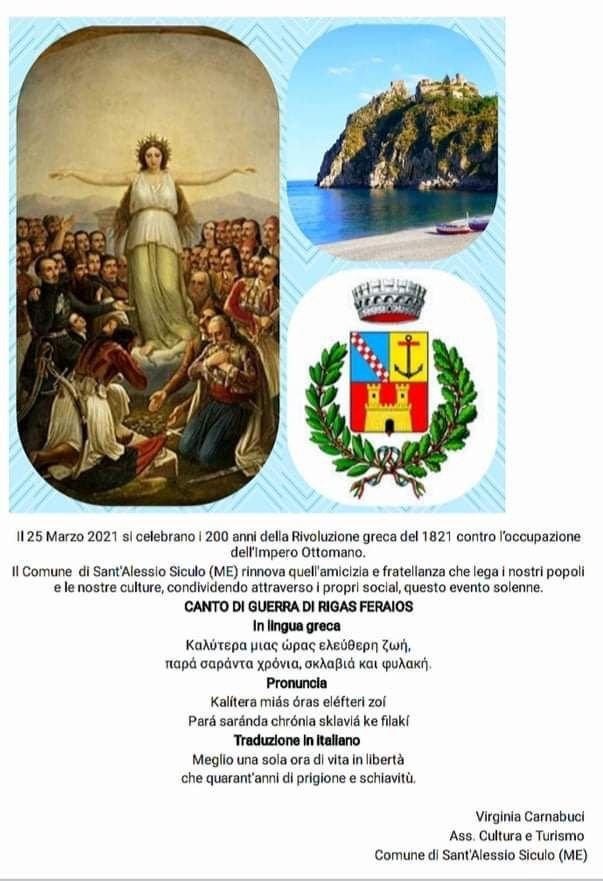 Anarcho-Tyranny in Greece and the Convergence of Catastrophes