In commemoration of Mahatma Gandhi's 150th birthday, 150 trees will be planted in Athens.

Gandhi, born Mohandas Karamchand Gandhi, became the face of India's nonviolent resistance against British colonial rule and is immortalised throughout the world, including with a statue at Westminster.

Although born October 2 1869, the anti-colonial figure could not be properly commemorated in Greece in 2019 for his 150th birthday, and only five trees were planted in his memory.

However, following a meeting between Environment Minister Kostas Skrekas and Indian Ambassador to Greece, Amrit Lugun, 150 trees in honour of Gandhi will be planted in Athens.

"In the context of the close relationship between our two friendly peoples, we will soon proceed in cooperation with the Embassy of India to [complete] planting 150 trees in Athens to honour the 150th anniversary of his birth," Skrekas said on Twitter.

Renowned economist Utsa Patnaik calculated that Britain drained nearly $45 trillion from India during 1765 and 1938, stinting the country's development and creating widespread poverty that continues to this day.

Gandhi's peaceful movement contributed to India's eventual independence from London, but there were also many violent episodes and massacres committed by the British.

The announcement to properly commemorate Gandhi's 150th birthday was preceded by Skrekas revealing that "the International Solar Alliance (ISA), in which 86 countries participate and the possibility for our country to join it," was discussed with Ambassador Lugun.

The ISA is an Indian-led initiative comprising of 121 countries considered "sunshine countries" that has the objective of consuming solar energy to reduce dependence on fossil fuels. 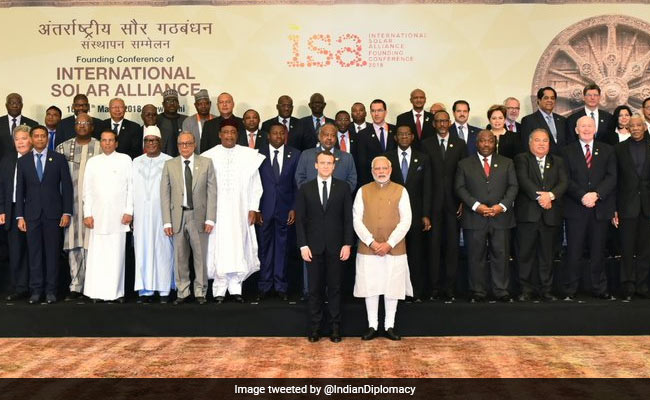 After the United Nations, it is the largest grouping of states worldwide.