Days after it was revealed that ISIS terrorists received Turkish citizenship, Ankara has accused Greece of supporting terrorism.

The head of media and communications of the Turkish presidency, Fahrettin Altun, posted a three minute video to his Twitter profile claiming "Greece harbors terrorist organizations, including PKK."

"From a supposed refugee camp inside the EU, the terrorists plot attacks (incl. suicide bombings) against Türkiye, a NATO ally – just as actual refugees are left for dead in the Aegean," he said, omitting that Turkey enables illegal migrant flows into Greece.

From a supposed refugee camp inside the EU, the terrorists plot attacks (incl. suicide bombings) against Türkiye, a NATO ally – just as actual refugees are left for dead in the Aegean.

Of course, this is a cheap Goebbels-styled propaganda stunt aimed at distracting the fact that it was revealed only days ago that ISIS fighters were given Turkish citizenship.

A report in Ankara Gazetesi news site on Wednesday found that Turkey granted citizenship to eight members belonging to ISIS.

Among those ISIS terrorists given Turkish citizenship were Lebanese and Syrian nationals.

In 2015, it was discovered that the son in law of President Recep Tayyip Erdoğan, Berat Albayrak, was smuggling oil from areas of Syria controlled by ISIS.

Russia's then Deputy Defence Minister described this trade as a "marvellous family business!” 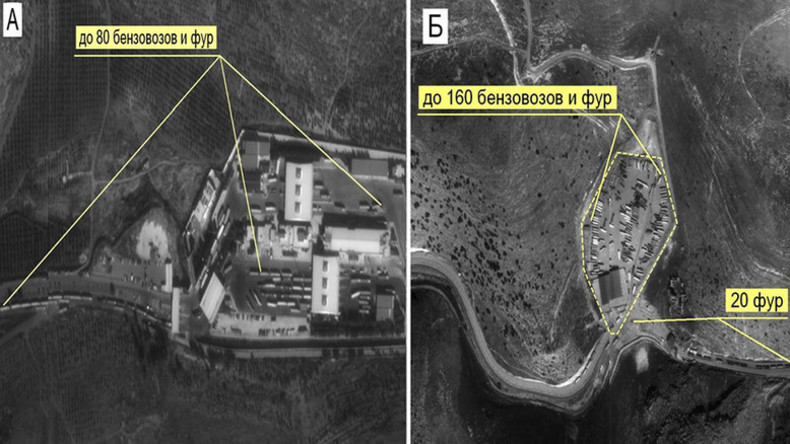 Many of these ISIS fighters that Turkey houses and protects have fought under different banners and not only in Syria, but also in Libya and Artsakh as Erdoğan's moveable proxy terrorist force.