Twenty days after the bicentennial celebration of the Greek War of Independence, which German Chancellor Angela Merkel made no announcement or congratulations about, Germany honoured the occasion by presenting a…. German flag.

German Ambassador Ernst Reichel, who is known for his condescending tweets against Greece, and his wife Anne Decrue Reichel, visited the Museum of Philhellenism on Thursday and learnt about the German philhellenes who supported the Greek Revolution. 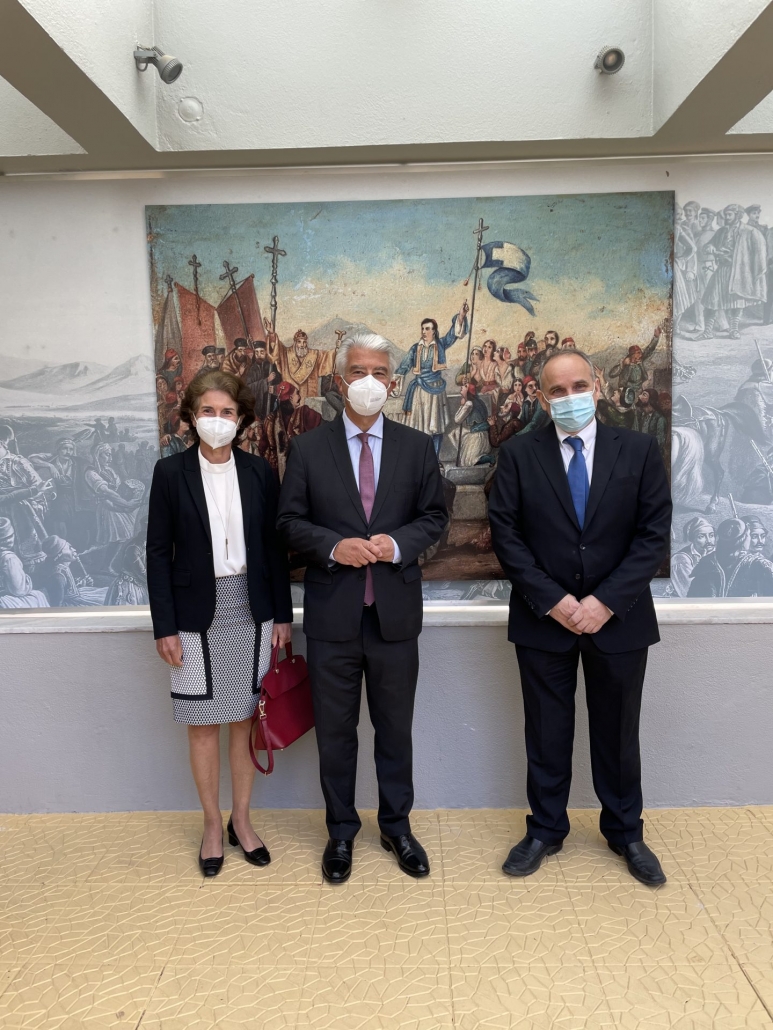 Reichel handed over to the Museum, on behalf of Dr. Wolfgang Schäuble, President of the Federal Bundestag, a German flag sent by the German parliament for Greek Independence Day – twenty days after the fact.

Describing the flag, the ambassador claimed that it should “serve as a symbol” of the supposed “strong ties between Germany and Greece in a united Europe.” Of course, a united Europe apparently means continued vetoes of sanctions against Turkey despite endless territorial violations and threats of war against Greece and Cyprus.

For their part, the museum presented the German Ambassador two anniversary medals issued for the 200th anniversary of the Greek Revolution which honours two important German Philhellenes.

One is of Louis I, King of Bavaria, a great benefactor of Greece and financier of the struggle, and the other is of General Norman, who led the Greek army in the battle of Peta and sacrificed himself for Greece. 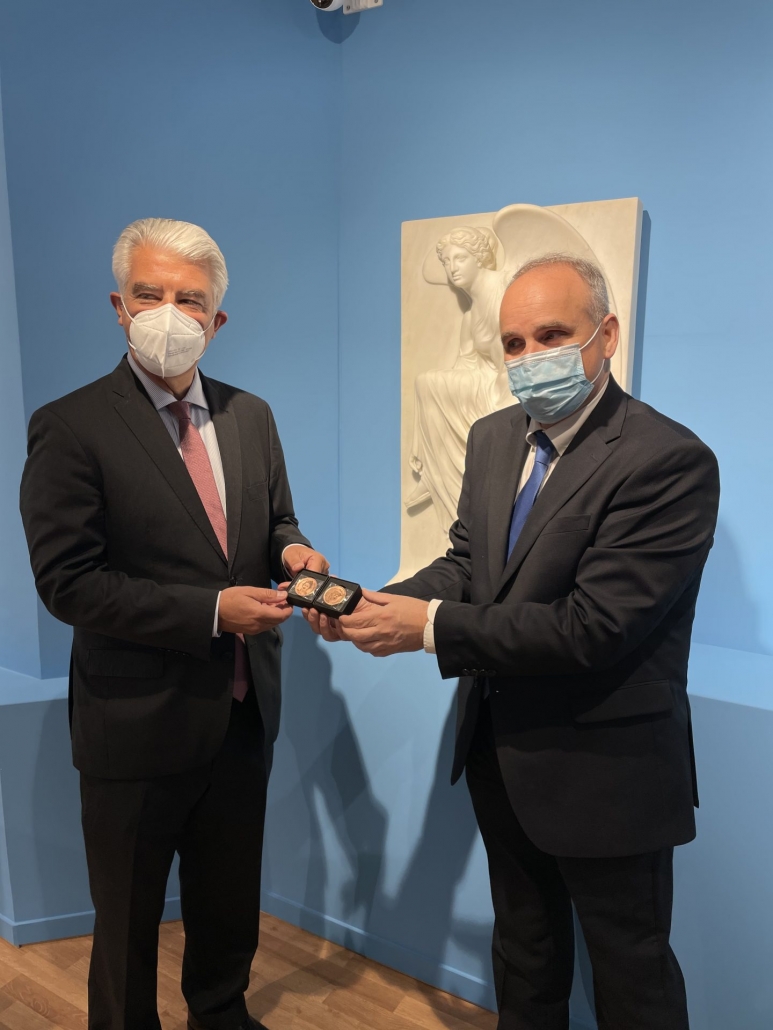