“Greece is going through the last and most sensitive phase of the war against the coronavirus,” government spokesperson Aristotelia Peloni said on Thursday during a press briefing, referring to the “roadmap” for the resumption of economic and social activities.

“The pandemic seems to be stabilising and the positivity index is declining but the viral load remains very high in many areas, such as Attica and the big cities,” she said.

“Because the mass movement involves the risk of the virus spreading everywhere and hospitalisation in other regions is more difficult than in urban centres,” Peloni stressed.

She emphasised the roadmap already set out by Prime Minister Kyriakos Mitsotakis, stressing that the first stage on May 3 is allow restaurants, cafes and bars to seat people outdoors with mandatory self-tests for employees. 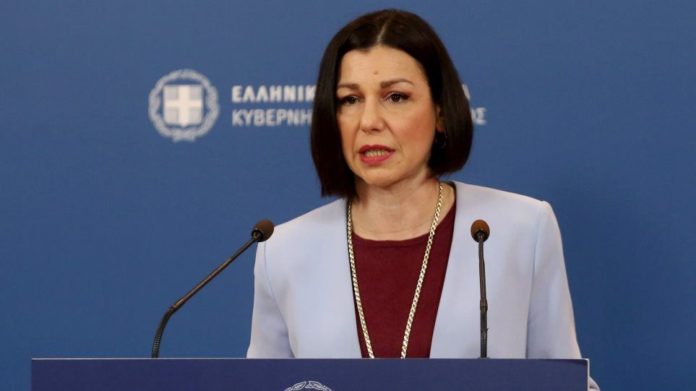 Peloni explained that the second stage on May 10 is for the opening of kindergartens, primary schools and high schools.

Finally, the third stage is the opening of Greece to tourism on May 15.

Those entering Greece must either have a vaccination certificate or tested negative for COVID-19 at least 72 hours before arriving.

READ MORE: Mitsotakis: restaurants open on May 3, tourism and regional travel on May 15.