From Fokida in Sterea Ellada, Athanasios Diakos was a Monk, Deacon, and later became a Klepht and a Military Commander during the Greek War of Independence.

He was posthumously elevated to the rank of General in the Hellenic Army.

Becoming a Monk at 16, soon he was ordained as a Deacon.

After an Ottoman official had entered his monastery and disrespected Diakos, he killed the Ottoman, before fleeing to the mountains to join the resistance in the years preceding the Greek Revolution.

During the Greek Revolution, Diakos involved himself in numerous battles.

One of his greatest successes was leading a detachment into the battle to liberate the town of Livadeia, which he duly achieved.

Later at the Battle of Alamana, near Thermopylae, Diakos led a force which was grossly outnumbered by the Turk-Albanians.

As a result, he was wounded and captured.

Diakos was then made an offer to renounce Christianity and convert to Islam, and in which he would be promoted as an officer in the Ottoman Army. 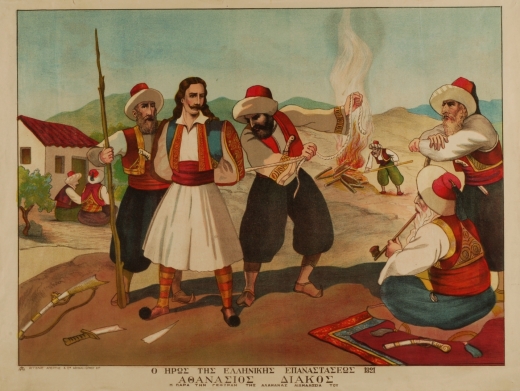 He refused the offer, replying “I was born a Greek, I shall die a Greek.”

The Turks tortured him and then decided to impale him.

They speared him, pushing it through his body so that it missed all his vital organs and placed so he would face the sun, meaning he would suffer for longer.

His final stand near Thermopylae, echoing the heroic defence of the Spartan King Leonidas, made him a martyr for the Greek cause.

A monument now stands at the bridge near Alamana, the site of his final battle. 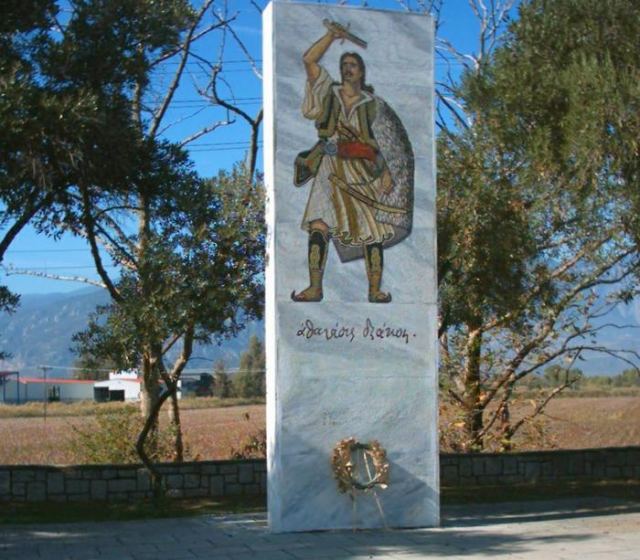 According to popular tradition, as he was being led away to be executed, he said:

“Oh, what a moment Hades chose for me to perish. Spring grass everywhere and branches with blossoms to cherish. Literally: Look at the time Charon chose to take me, now that the branches are flowering, and the earth sends forth grass.”

This was a metaphor for the independence and freedom of Greece.