Foreign Minister Nikos Dendias has proven to be one of the most popular people in Greece at the moment, according to a survey by Politic.

Regarding the bras de fer between Dendias and his Turkish counterpart Mevlüt Çavuşoğlu in Ankara last week, the poll shows that the overwhelming majority of Greeks supported his response.

86% applauded his answers to the provocations made by Çavuşoğlu. 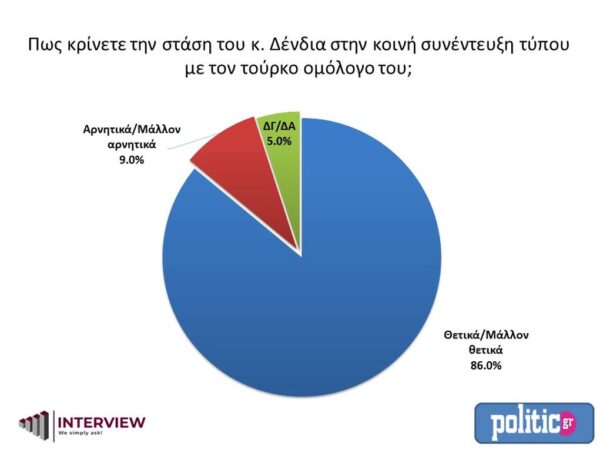 With 71% of public opinion supporting him, Dendias is one of the most popular people in Greece. 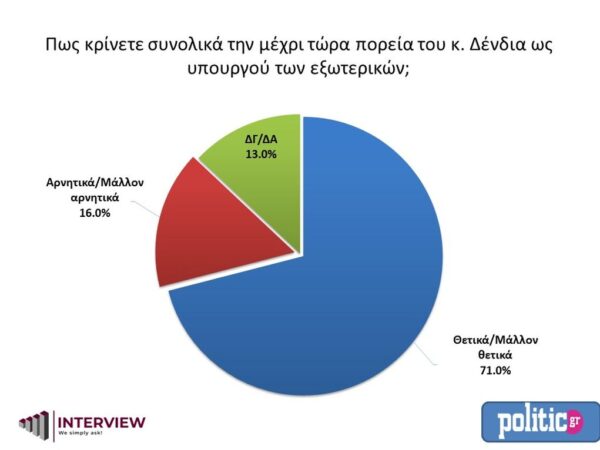 He has proven to be one of the most dynamic in Greek history as he successfully balances the relations Athens has with Washington, Moscow and Beijing, whilst strengthening relations with other actors like Cairo and Abu Dhabi.

Greeks are also in overwhelming support of the comments made by Italian Prime Minister Mario Draghi about Turkish President Recep Tayyip Erdoğan.

85% of respondents agreed with Draghi’s characterisation of Erdoğan as a “dictator.” 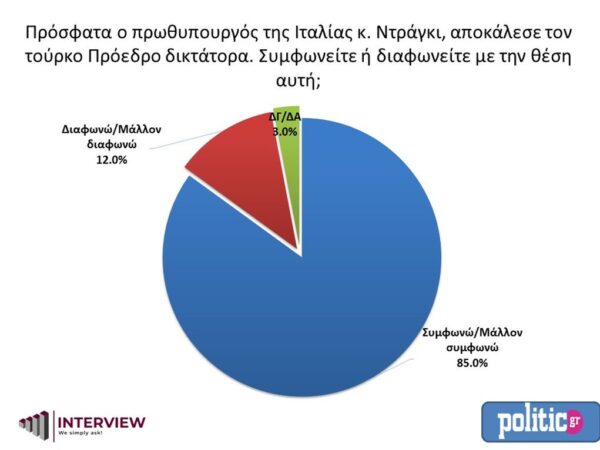 On This Day in 1827: Independence War Hero Georgios Karaiskakis dies