Despite this development, which is a consequence of the irritation that Ankara has caused for Washington, and not only, it is not entirely clear how far it can go.

According to George Filis, a professor in Geopolitics and European affairs, the move by the American president puts Turkey on a “black” list in its relationship with the United States.

“It enters a list that is not at all honorable, with all that this implies mainly in the issue of compensations but also what young people will learn about the Ottoman state and the new Turkish state,” he said on MEGA.

However, this U.S. move is expected to create more tension in the southeastern Mediterranean region, with the Turkish president already having “attacked northern Iraq.”

Of particular importance is the White House reference to Constantinople, since this name was used in the announcement. 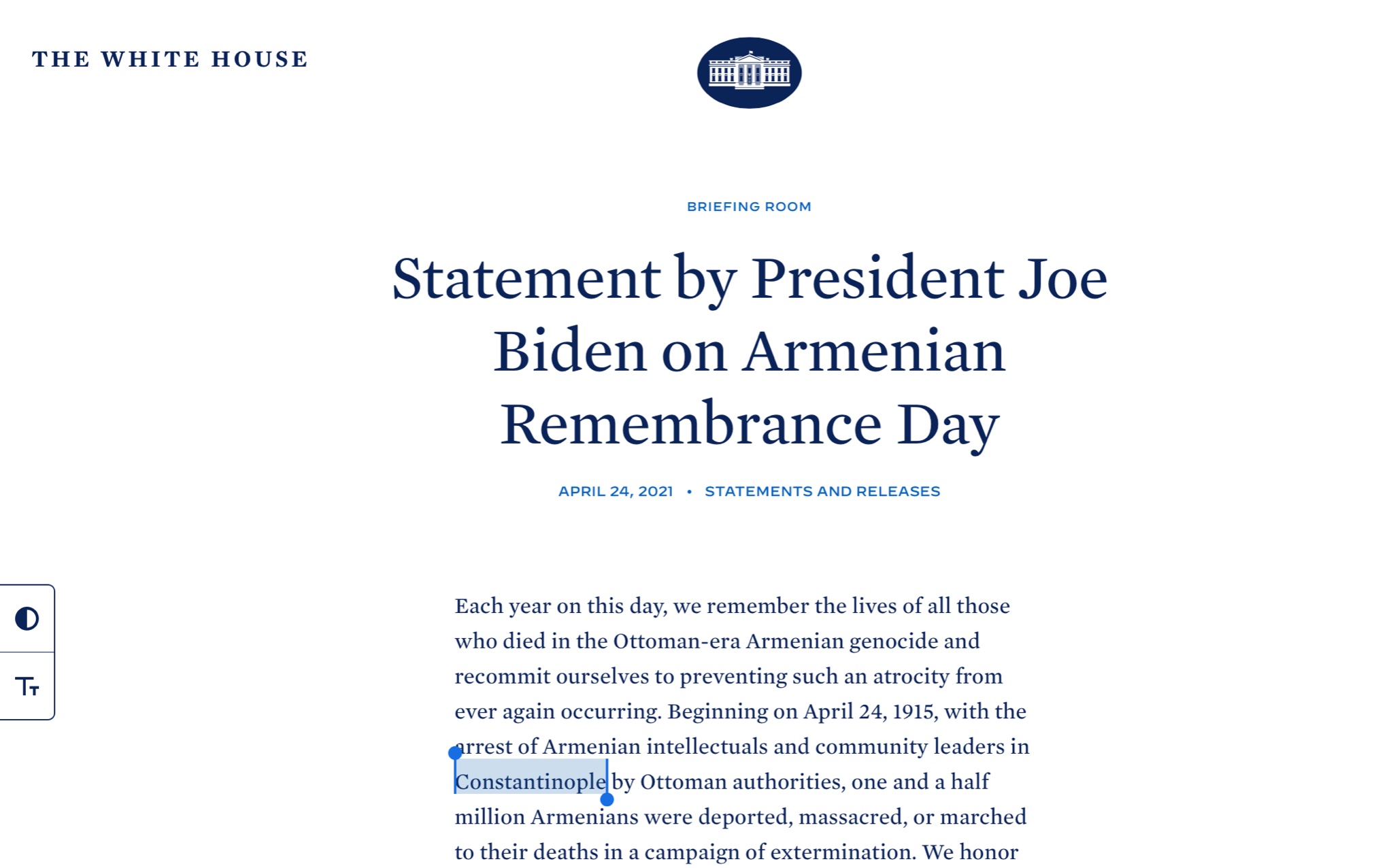 Turkish President Recep Tayyip Erdoğan seems to be in dire straits in terms of his alliances with both the Americans and the Russians.

“He sowed winds and will reap storms for himself and for Turkey,” Filis said, describing him as “one of the most dangerous people on the planet.”

“Kim Jong Un is a kitten in front of him,” the professor concluded.

Deputy Tourism Minister: Tourists can arrive in Greece from May 15 with negative test or vac certificate