Indeed, Elias Bilis visited the AKP's offices in the Fatih district of Constantinople (Κωνσταντινούπολις, Turkish: İstanbul) and filled out an application to become a member of the party.

But what the Turkish media or the AKP do not report is that Bilis is no longer the chief secretary of the Ecumenical Patriarchate.

This position is now held by Grigorios Fraggakis.

Media outlets such as A Haber and the Takvim newspaper have been spreading propaganda stating that the Ecumenical Patriarchate's chief secretary became an AKP member, without, of course, clarifying that Bilis no longer holds this position.

A Haber notes that Bilis is one of the most important religious representatives of Turkey.

The leader of the party in Constantinople, Orhan Narin, expressed satisfaction with the fact that he joined the AKP, welcoming him "to the largest Turkey's political party" according to A Haber. 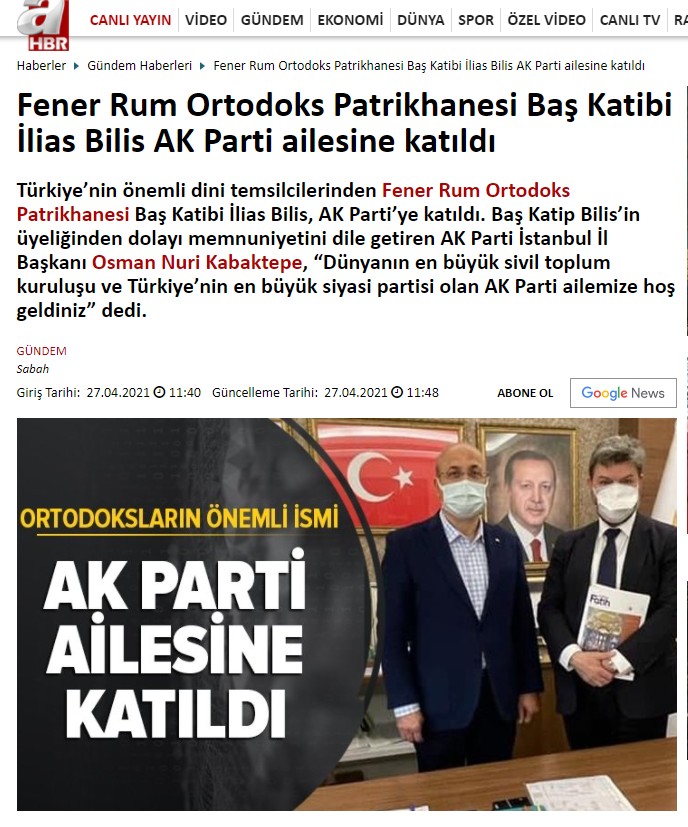 Similarly, the newspaper Takvim writes that "the chief secretary of the Greek Orthodox Patriarchate of Fanari (Turkey refuses to characterise the Patriarchate as Ecumenical), Elias Bilis, became a member of the AKP." Tonight's episode of Nine's Travel Guides is set in Greece

Georgantas: Today we top 3 million COVID-19 vaccinations, 5 million by the end of May