Turkish Foreign Minister Yavuz Selim Kıran made new provocations against Greece during a press conference on Wednesday in Xanthi, the first stop of a two-day private visit to Thrace.

The press conference was held outdoors at the Turkish Consulate in Komotini, for which only the correspondents of the Turkish national network were invited - state-owned TRT and Anadolu, and Turkish-language media in Thrace.

No Greek-language media was allowed to attend the press conference of the Turkish official.

Initially Kıran conveyed the greetings of Erdoğan and Turkish Foreign Minister Mevlüt Çavuşoğlu to the "Turks of Western Thrace" and said that Turkey will not tolerate the violation of minority rights.

"Our expatriates are our problem," he said, adding that Ankara considers the minority a bridge between the two countries, stressing that it will not remain silent in the face of "the violation and erosion of the rights of the 'Turkish minority in Western Thrace'."

He accused Greece of "denying national identity and restricting the freedoms" of the minority "under various pretexts that negatively affect bilateral relations", stressing that he was in Komotini "to listen to the problems of the 'Turks of Western Thrace.'

He noted the reduction of minority schools, many which were closed due to lack of students, as well delayed elections on school committees that were frozen due to the COVID-19 pandemic.

The culmination of the provocative audacity of the Turkish Deputy Foreign Minister was the claim that "Turkey has met many demands of the Greek minority in Constantinople" - ignoring Hagia's Sophia's conversion into a mosque.

Earlier, the Turkish official had private meetings with the pseudo-muftis of Komotini Ibrahim Serif and Xanthi Ahmet Mete, and pro-Turkish members of the Muslim minority.

This was in the presence of the Turkish consul Murat Ömeroğlu. 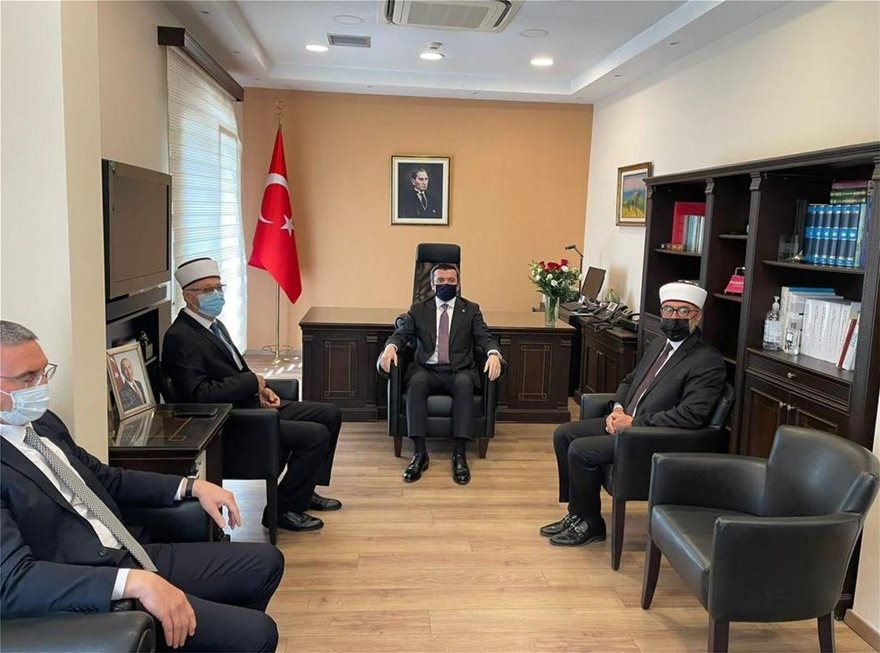 Among the issues raised to him, according to sources, was the delay in the payment of Turkophiles who make a living from receiving secret funds from the Turkish Foreign Ministry if they declare themselves being "oppressed" by the Greek authorities.

In the afternoon, Kıran attended an iftar dinner in his honor, which was attended by several Muslim MP's and mayors.

During his stay in Komotini, the Turkish Deputy Foreign Minister also visited the state-of-the-art cherry sorting and packaging unit in the village of Dymi Rodopi by the well-known businessman Levent Sadik.

The provocative statements and posts on social media started from the first moment of his arrival in Thessaloniki on Wednesday afternoon.

During his stay in the city, he visited the house where Mustafa Kemal Atatürk was born as well as the Geni Mosque, while touring the sights of the Upper City.

He also had contacts with minorities living in Thessaloniki.

In a post on Twitter, Kıran appeared provocative as he spoke of pressure exerted by Greece on the Muslim minority.

He also said it was "sad" that there was no operating mosque in Thessaloniki, making recommendations that Greece should amend this.

"During my stay in Thessaloniki, I saw old photos of the city, I saw the minarets that adorned the city at that time from the photos," he said, adding "Unfortunately, this image does not exist today."

"There is not even a mosque in Thessaloniki today," he said. 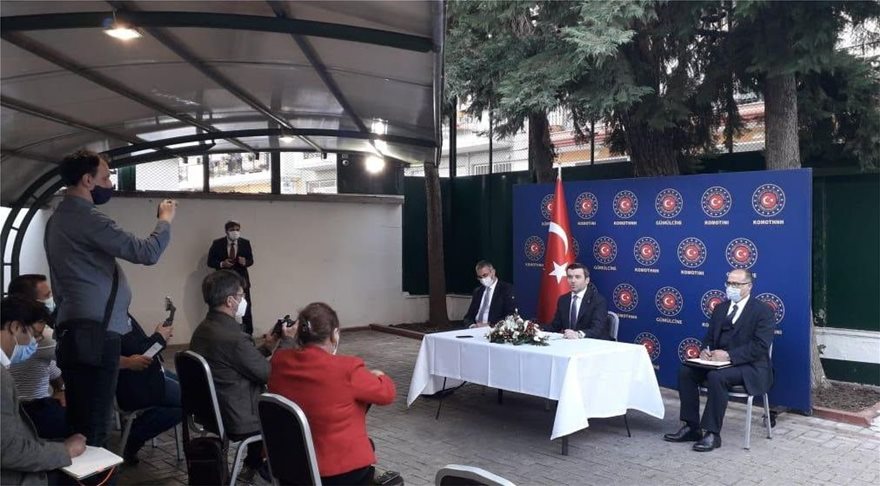 The Greek Foreign Ministry responded to the provocative statements by the Turkish Deputy Foreign Minister regarding the minority of Thrace.

The Ministry said that "Greece remains firmly committed to its international obligations, fully respecting international law, which is a compass of its foreign policy.

"In this context, it implements the provisions deriving from the Treaty of Lausanne of 1923, which recognizes the existence of a religious Muslim minority in Thrace.

"The prosperous Muslim Minority has about 120,000 inhabitants, Greek citizens.

"There are currently 127 minority schools in the area, as well as 260 mosques.

"Any attempt to distort reality and falsify this information, wherever it comes from, is self-evidently rejected and needs no further comment."

The visit of the Turkish Deputy Foreign Minister to Thrace is believed to be purely for domestic reasons in wanting to prove that its interest in their "expatriates" in Xanthi and Rodopi is undiminished.

At the same time, Ankara is trying to get revenge for the embarrassment Greek Foreign Minister Nikos Dendias dished out to his Turkish counterpart recently.

COVID-19 restrictions did not allow for the mass attendance of the Muslim minority during Kıran's visit.

The Turkish official will visit the city of Xanthi and then Didymoteicho today, where he will be informed about the restoration works of the Bayazit mosque which suffered severe damage in a 2017 fire.

The visit to the Bayazit Mosque is considered a symbolic move that aims to show the undiminished interest of Turkey in the preservation and promotion of Ottoman heritage in Greece.

After Didymoteicho, Kıran and his entourage will return to Turkey by road through the Kipi border station.