This is a production of 50 people who traveled to Mykonos by boat, while some members of the production had arrived in Greece in March in order to choose the shooting locations, Proto Thema reported. 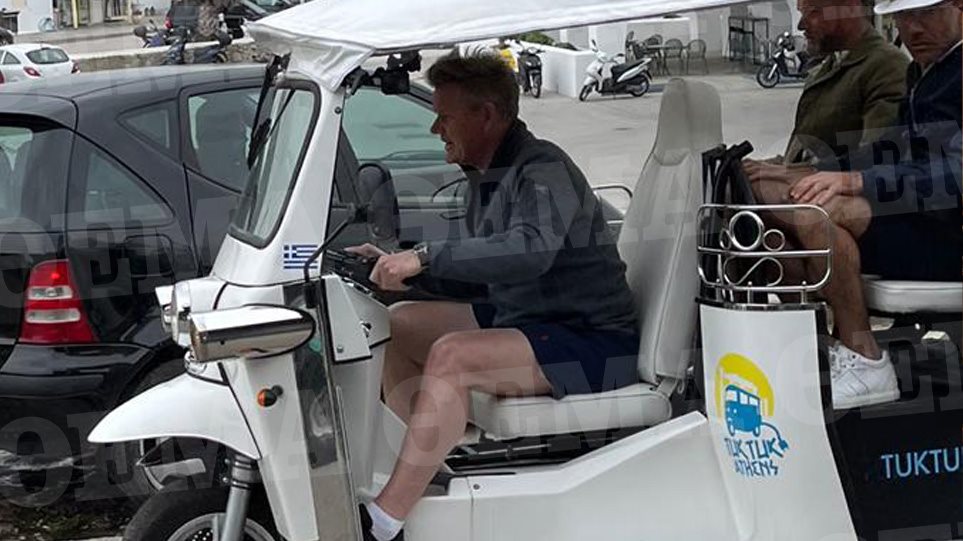 Early this morning, Chef Ramsay was in a butcher shop with traditional Mykonian products, showing special interest in the Mykonos louza, the delicacy of the Cyclades, perhaps the best and most delicious sausage in the country.

During today’s shooting at Super Paradise, because at some point the chef were cooking sausages on the beach, the production requested the assistance of the Fire Department for security reasons.

A fire truck was sent with a force of two men, who watched from a close Chef Gordon Ramsay putting the sausages on the embers, fortunately without having to intervene.

The same thing happened during the shooting with the jet skis, in which Chef Ramsay and other members of the cast were riding.

The production requested the assistance of the Coast Guard and the response was immediate.

Chef Ramsay, worth over £200 million spared no cost on production, choosing to travel between the Greek islands on not a ferry, or even a private boat, but a private jet.

In Santorini he stayed in one of the luxury hotels of the Caldera Collection group for two days.

He flew to Mykonos with the same jet .

In fact, in his travels in Mykonos, he has chosen to travel with a tuk tuk. 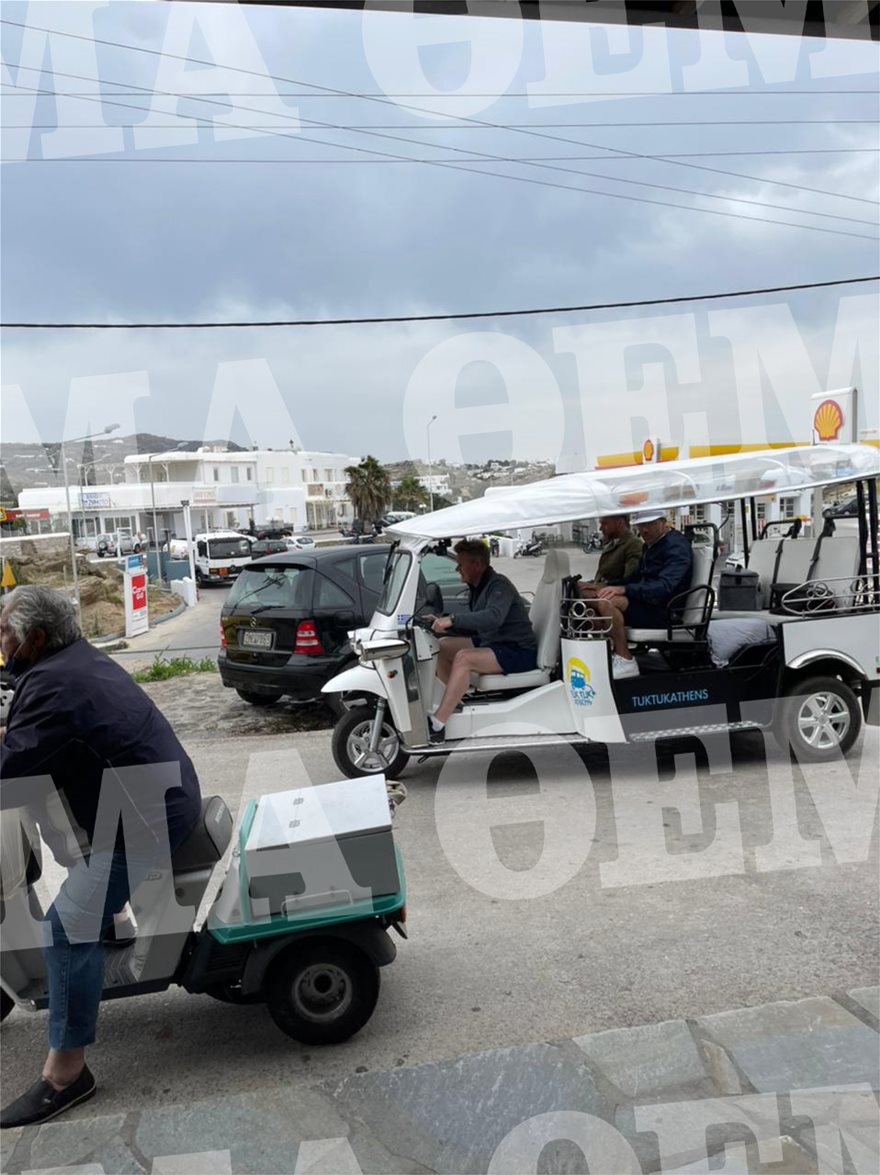 The tuk tuk is the national vehicle of Thailand that was transformed and became ecological and 100% electric after transformation in the Netherlands.

It was promoted in other European countries, including Greece.

He traveled to Santorini for two days on May 5-6.

On Saturday he was Mykonos and on May 11 he has received permission to shoot at Varvakeio Central Market, as well as in Monastiraki and Plaka.

According to Proto Thema, Chef Ramsay will also visit Meteora.

The filming fees are set at the total amount of 5,580.00 euros and have already been deposited in the Archaeological Resources and Expropriation Fund. 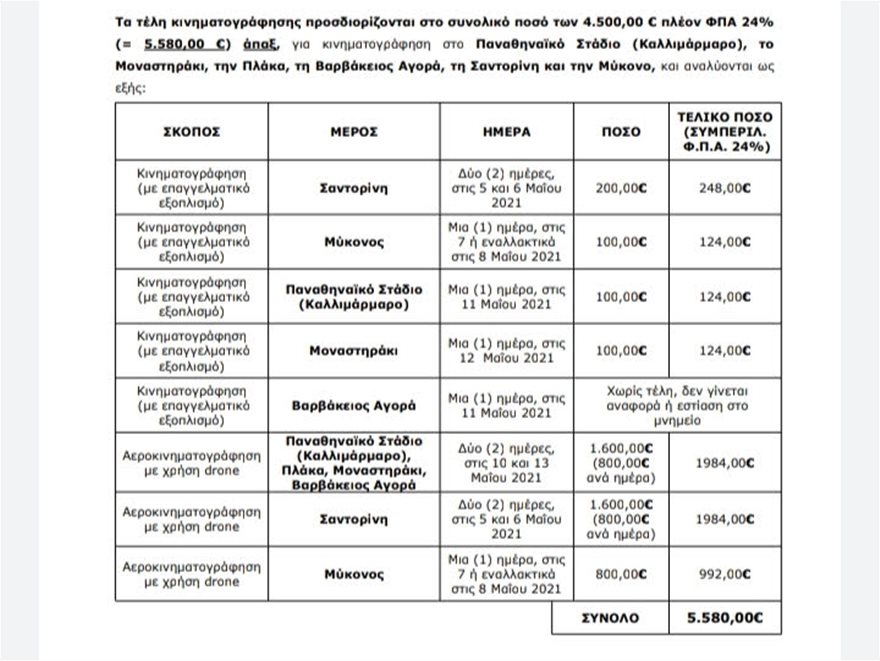 Gordon to Gino in Athens: “Stop calling it a kebab”

On Santorini, Gordon Ramsay says his best meal ever was for Princess Diana; D’Campo his mother’s last dish (VIDEO)