For the first time, excerpts from the Official Gazette of the Italian Government of 1936 containing all the “Italian islands of the Aegean” (Dodecanese) were published by Proto Thema.

One of the firm arguments by the Turks when referring to so-called “gray zones” and “disputed islands” in the Aegean Sea is that they are not registered by name in any Treaty.

Athens usually does not respond to any provocative claims by Turkey that some Greek islands are in fact “disputed” as the entire international community are already unwilling to entertain Ankara’s falsifications.

Although Turkish claims over the islands have already been utterly debunked, Proto Thema brought to light a new document – excerpts from the Italian Government’s Gazette, dated April 21, 1936, in which ALL the Dodecanese are registered by name.

In 1522, Rhodes, which until then belonged to the Knights of St. John, was occupied by the Ottomans, as was Kos.

The other islands of the Dodecanese enjoyed self-government and tax privileges.

In 1912, during the Italo-Turkish War, the Dodecanese were occupied by the Italians, except for Kastellorizo, ​​which came under Italian rule in 1921.

By a treaty on October 2, 1912, the Dodecanese remained under Italian occupation. 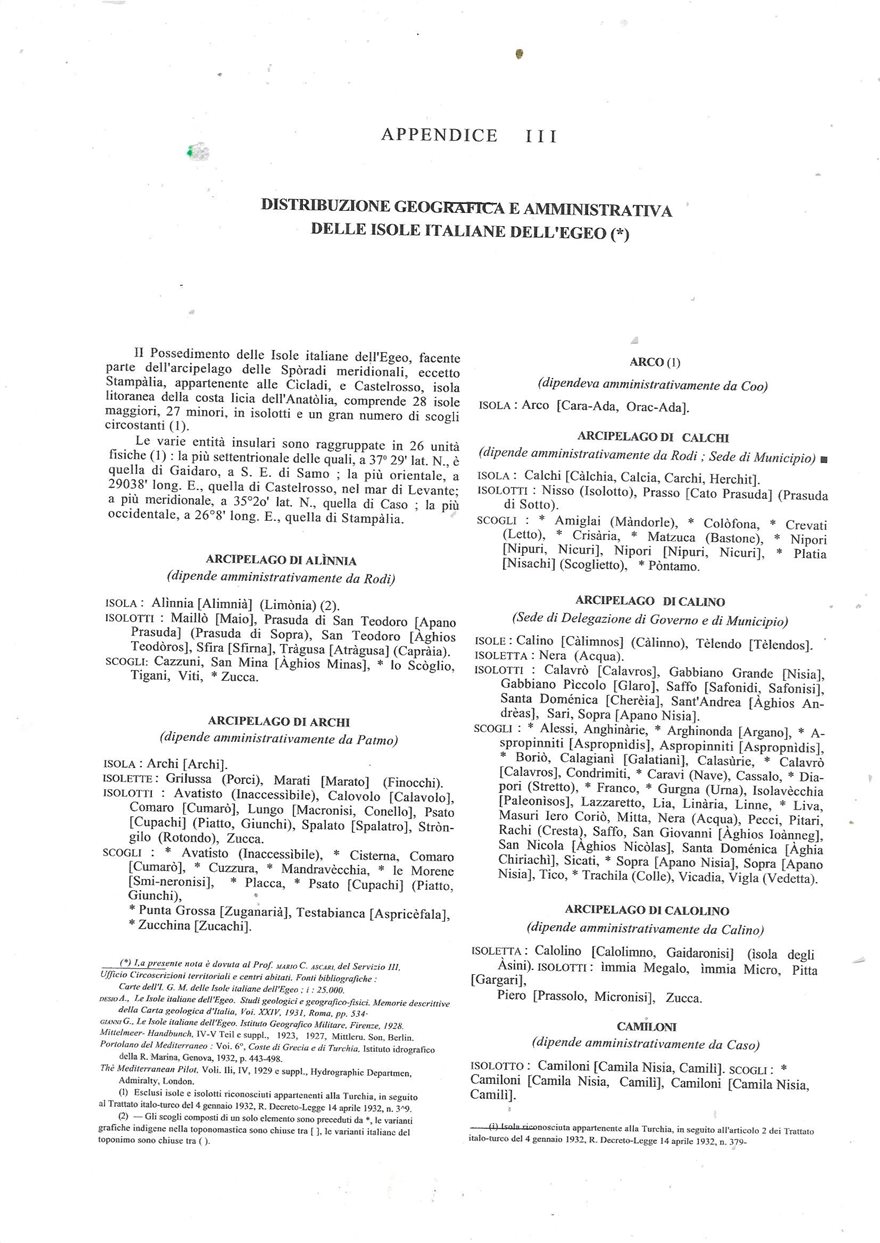 Let’s see what the late historian and academic Konstantinos Svolopoulos (1938-2019) writes in his book “The status of the islands in the Southeastern Aegean – The testimony of the sources” about the events with the Dodecanese afterwards:

“The status of Italian sovereignty in the Dodecanese is guaranteed by contract under the terms of the Treaty of Lausanne (1923).

:Specifically, with Article 15, Turkey relinquished in favour of Italy all rights and titles over the islands of Astypalea, Rhodes, Halki, Karpathos, Kasos, Tilos, Nisyros, Kalymnos, Leros, Patmos, Lipsi, Symi, Kos and their islets, as well as Kastellorizo.

“This particular regime of sovereignty is confirmed by the Italian-Turkish bilateral agreement of January 4, 1932, as well as the protocol of December 28 of the same year.

“As is well known, the first agreement defined the ownership of the islands, islets and rocks located between Kastellorizo ​​and the coast of Anatolia, as well as on the island of Kara-Anta” and the second agreement was the rest of the “Italian-Turkish maritime border.”

In 1943, the Germans took de facto control of the islands.

However, after the end of the Second World War, a British Transitional Military Command was established on the islands and divided the area into districts.

With Article 14 of the Peace Treaty of February 10, 1947, the annexation of the 14 Dodecanese islands (those whose sovereignty were relinquished by Turkey through the Treaty of Lausanne) was registered, as well as the adjacent islets.

On March 31, 1947, the British Commander, Brigadier General AS Parker and his successor, Rear Admiral P. Ioannidis, signed a report on the handover of the “militarily occupied territories of the Dodecanese” to the Greek authorities. 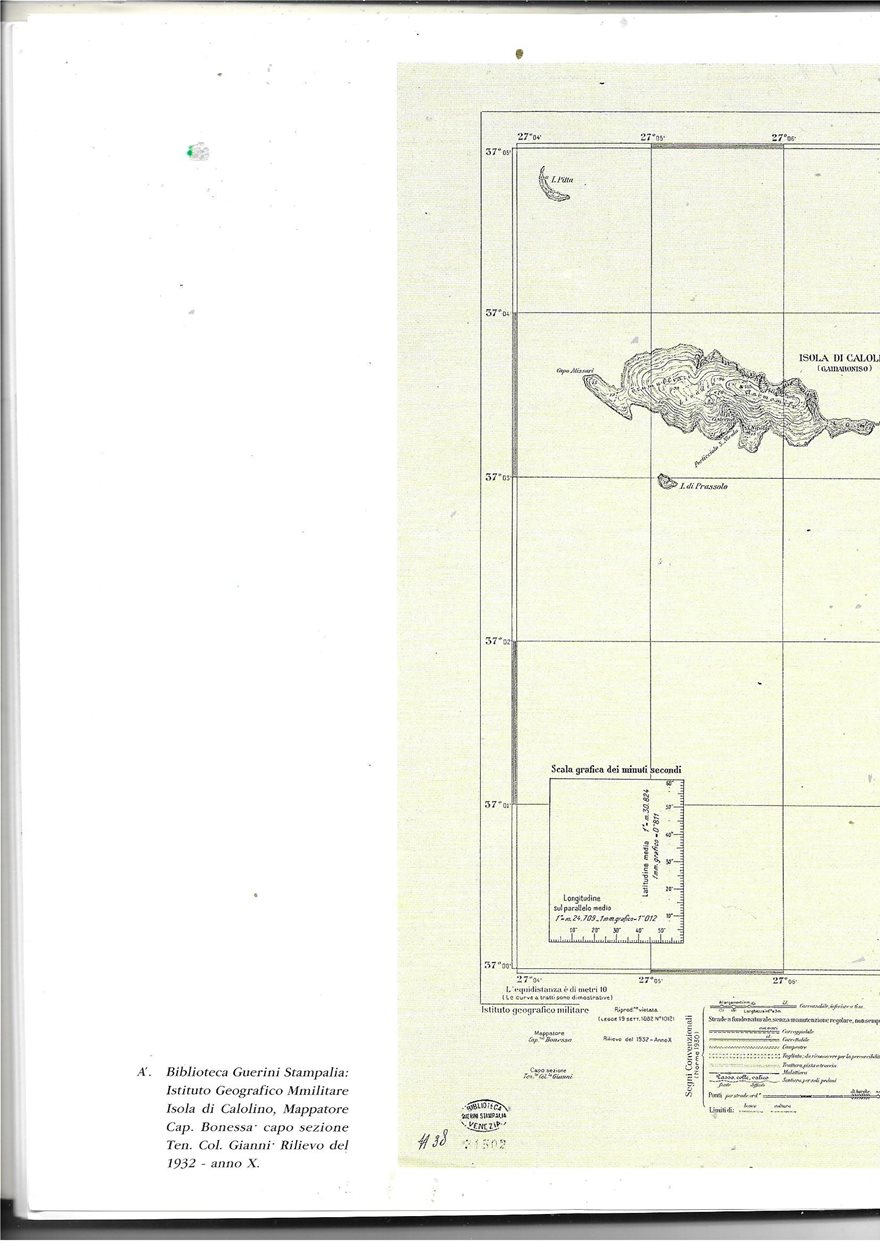 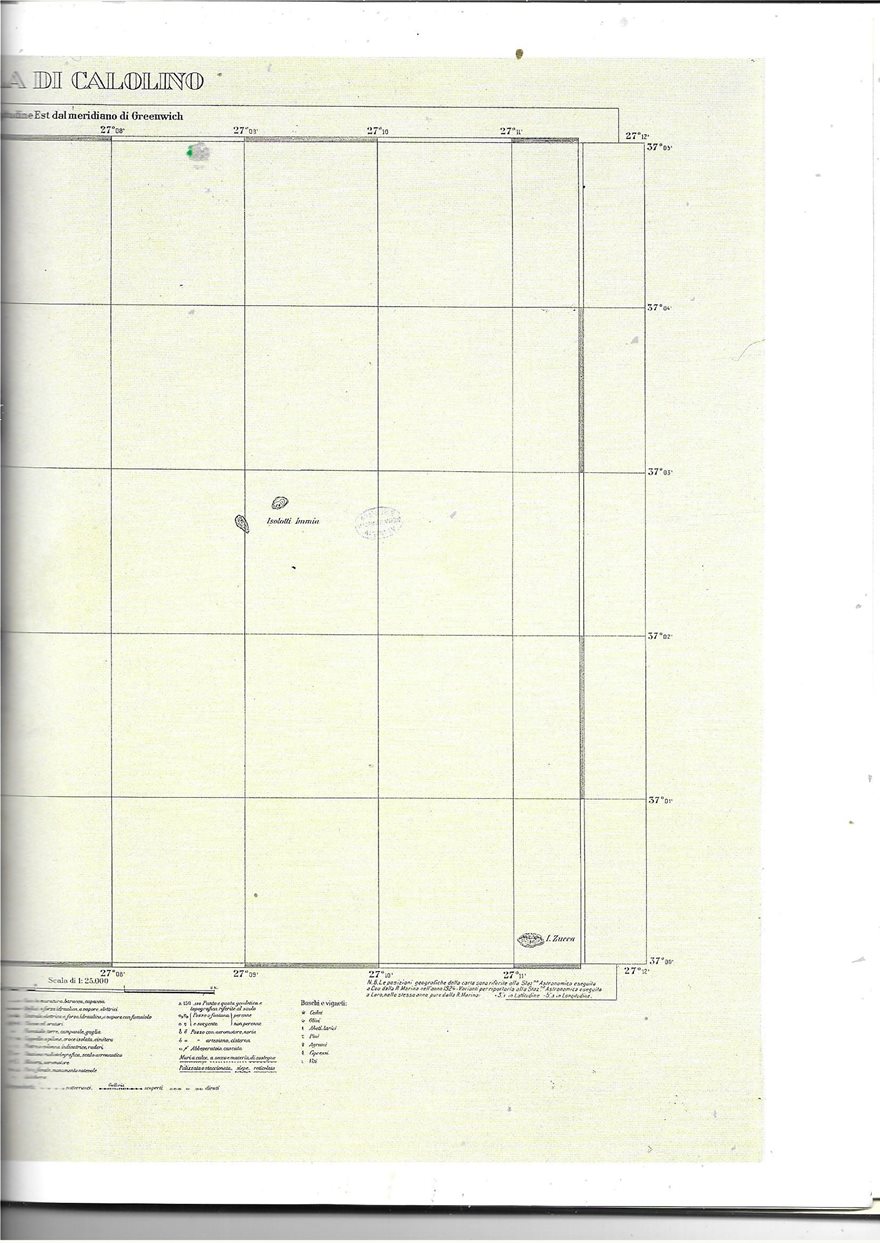 Rear Admiral Ioannidis, among others, on June 11, 1947, took care to record one by one the adjacent islets of the big islands.

The Turks claim that some of the Dodecanese islands are not mentioned by name and therefore have questionable sovereignty.

Unfortunately for them, the Italians in their Official Gazette April 21, 1936, had taken care to record one by one all the islands, islets, and rocks of the Dodecanese.

Nikolaos Farmakidis sent Proto Thema the relevant Italian Government Gazette, which consists of 260 pages, a valuable annex with ALL the islands, etc. as well as population data of the 14 largest islands in the Dodecanese.

The first page of the appendix (Appendice III), clearly mentions Imia by name as mentions it as belonging to the Archipelago of Kalolimnos (ARCIPELAGO CALOLINO). 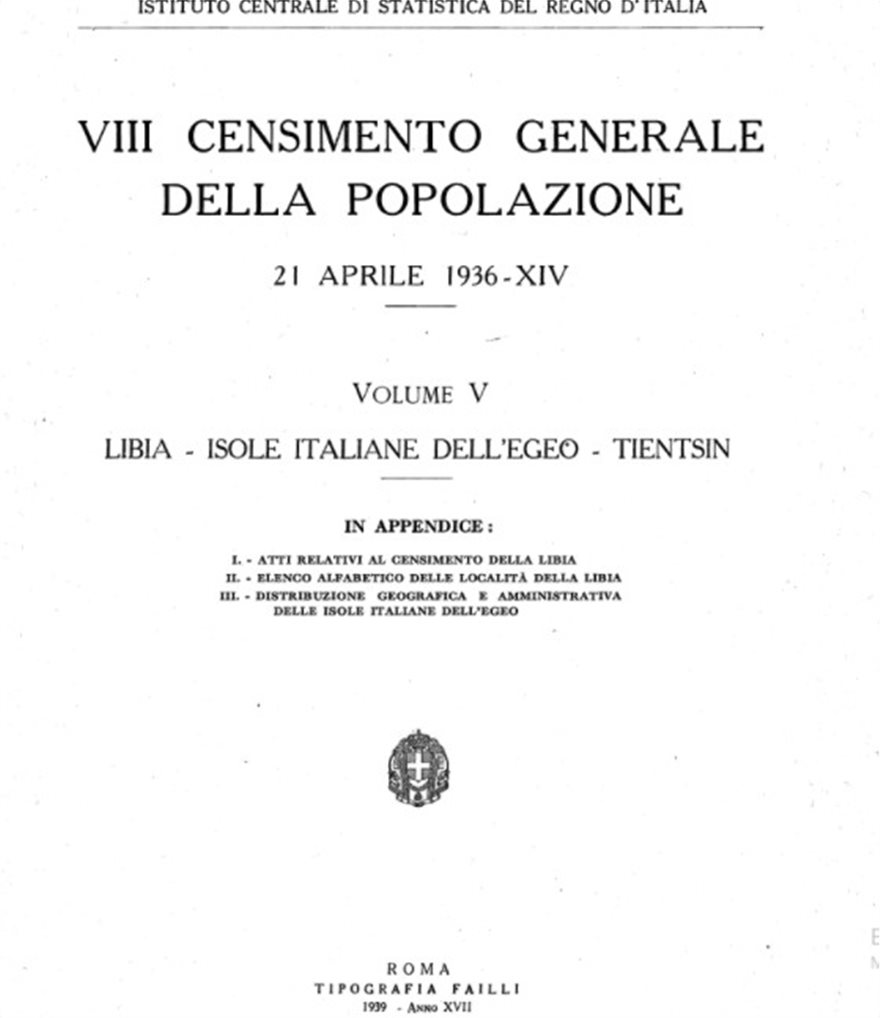 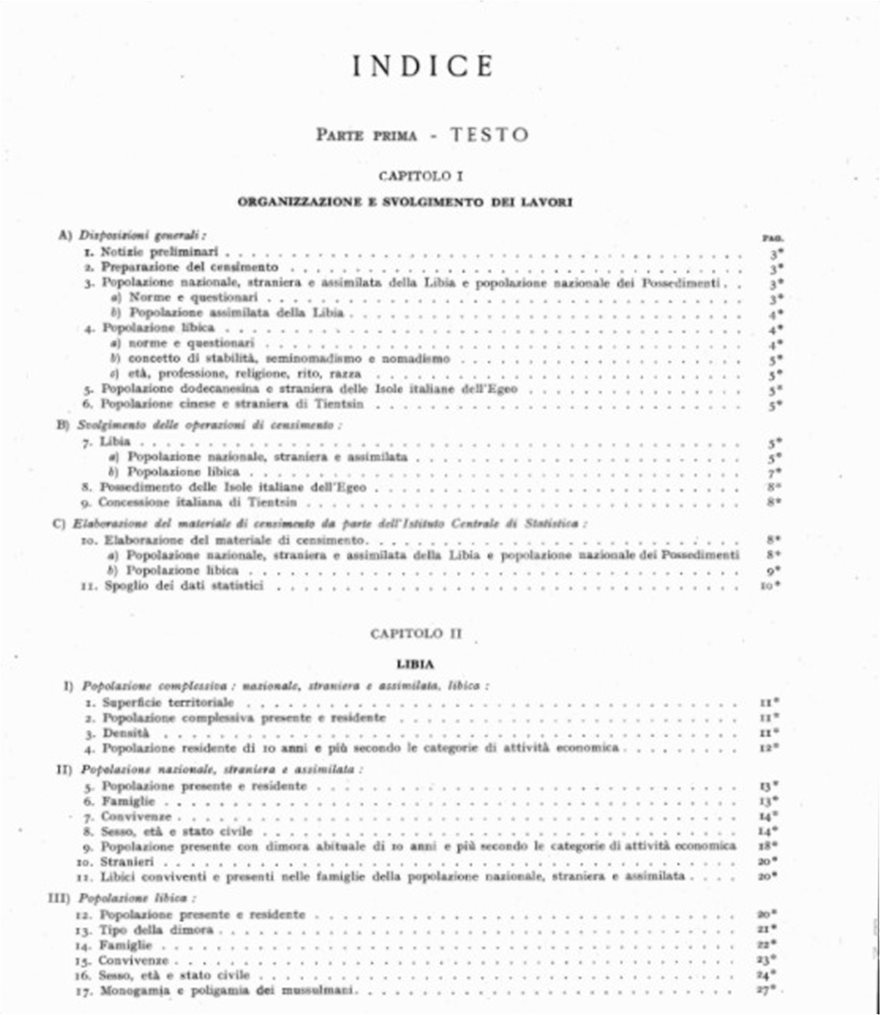 Of course, Imia falls under the Greek sovereignty despite Turkish claims.

As you can see, islands (ISOLE) and islets (SCOGLI) are recorded in detail. 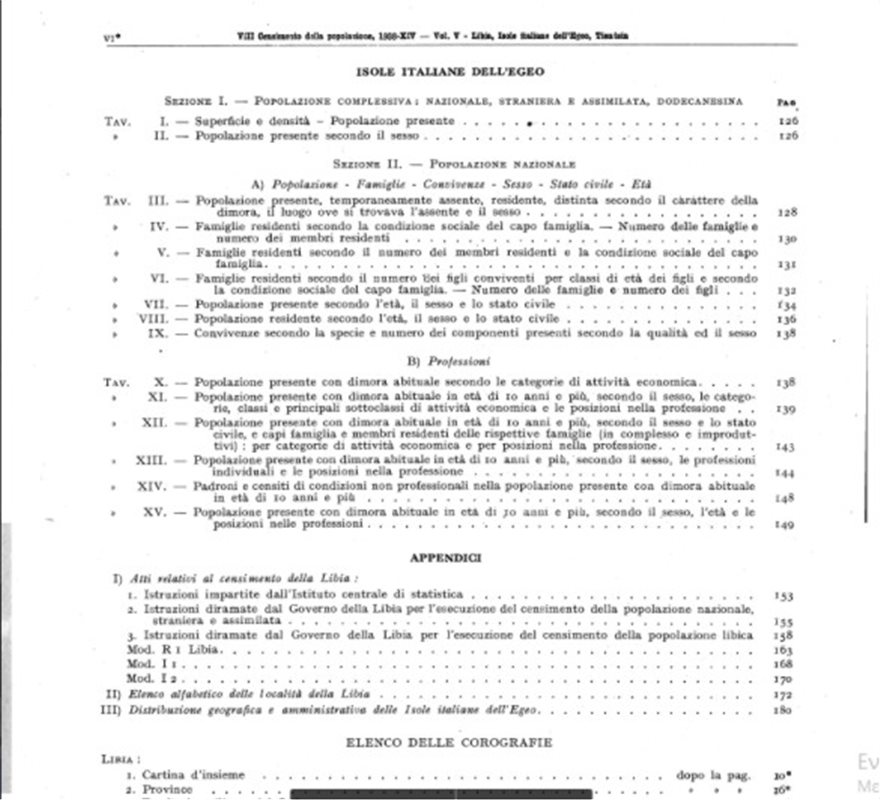 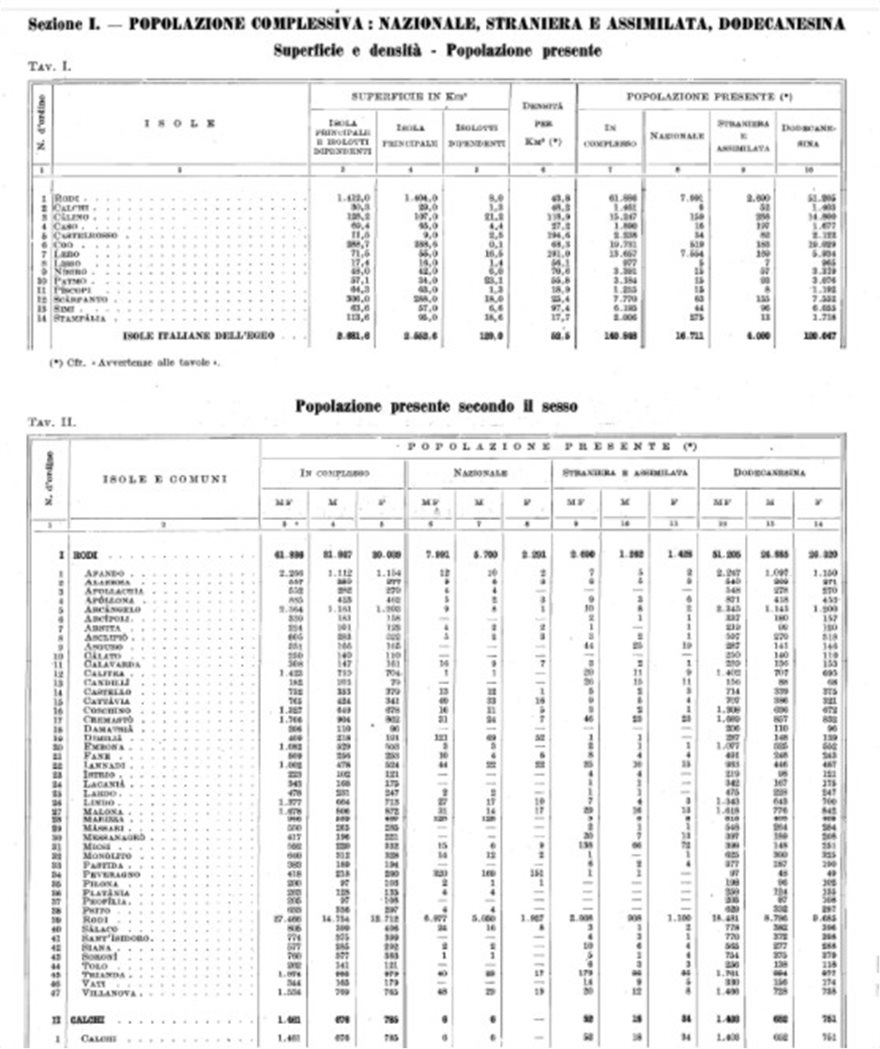 We have at our disposal three more pages with the rest of the “island territories” of the Dodecanese.

Imia, which the Turks call Kardak, was recorded (immia Megalo, immia Micro) by the Italians.

In the Kalolimnos Archipelago (recorded as ARCIPELAGO CALOLINO), there is also the islet of Zucca (Tsouka), which was taken by the Turks and renamed Topan.

In fact, this proves that Turkey is in fact occupying Greek territory and not vice versa.

These elements are an unshakable document, a valuable weapon in the diplomatic quiver of Greek diplomacy.

Do they know them at the Ministry of Foreign Affairs?

Why did some former Foreign Minister not even accept to see them?

And if so, have they used them?

This article first appeared in Greek.