During the Greek Genocide of 1913-23, nearly a million Greeks were massacred, with 353,000 of those from the region of Pontus alone.

The remaining Greeks that survived the genocide were forced to migrate to Greece in accordance with the 1923 Treaty of Lausanne.

According to the Treaty, in 1923 and 1924, the entire Greek population of Turkey had to be relocated to Greece, with the exception of the Greeks in Constantinople (Κωνσταντινούπολις, Turkish: İstanbul) and outlying islands.

However, not all Greeks decided relocated to Turkey, some remained as "hidden Greeks" who were eventually Islamified and Turkified, while others decided to fight to the death.

One of those who decided to fight to the death was "Sergeant" Eleni Çavuş.

While many of the fighters who resisted the genocide in the mountains were women, just as many of the commanders were also women.

The last partisan killed in the face of all this persecution was a woman - Eleni Çavuş.

Eleni, who made her name remembered in history because of her resistance, became someone who inspired women's struggle, especially Black Sea women.

In December 1916, Elmalıca village in Samsun was besieged by Turkish soldiers who demanded that all men over the age of 15 participate in a death march.

One of them was Miltiyadis, the 18-year-old son of Eleni.

But Miltiyadis decided to resist with his friends.

Eleni, wearing a military uniform after killing the Ottoman sergeant who killed her son, joined the partisans in the Nebyan mountains of Bafra.

She was named "Sergeant Eleni" because of her uniform.

However, after May 1, 1923, the influence of the partisans, who started to protect Greek villages against Ottoman soldiers, was broken because of the Population Exchange.

While most of the partisans left their arms and migrated to Greece or other countries, some of them stayed in Pontus and became Turkified and Islamified.

However, Sergeant Eleni said, “I am Greek; I will neither deny my origin nor leave my homeland." 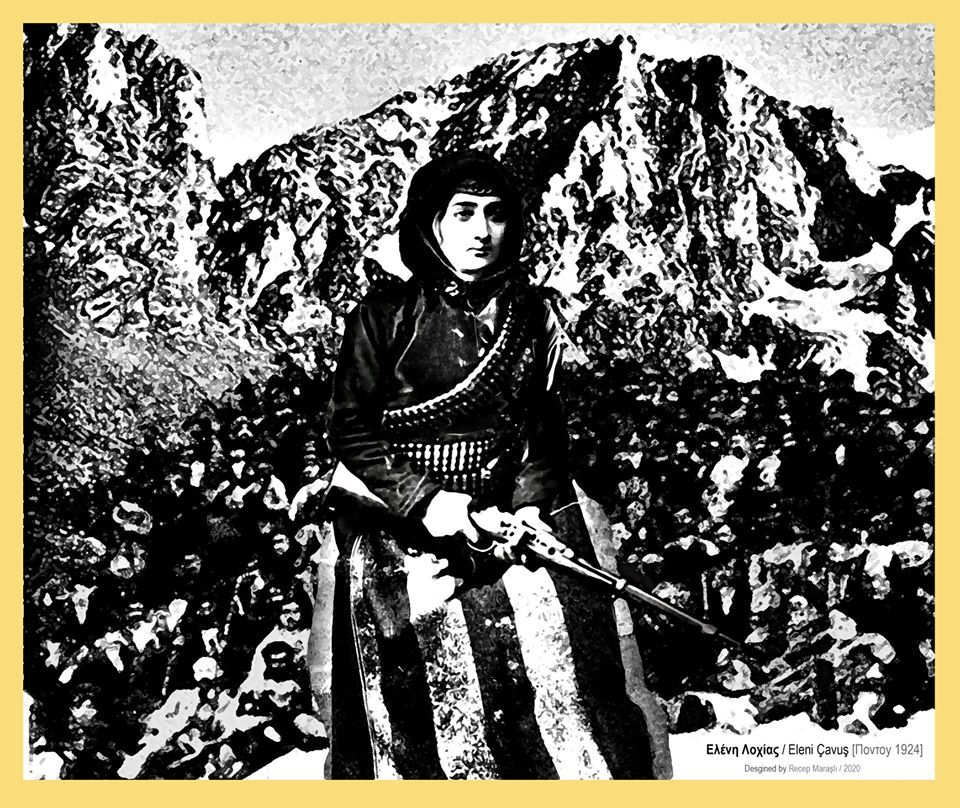 She resisted alone in the mountains for a year.

In December 1924, she was besieged in a cave by Turkish soldiers in the Nebyan mountains.

Eleni, who did not surrender and resisted for days, struggled until her last breath.

She, the last partisan from Pontus, died after days of conflict.

READ MORE: The Pontic Greeks who fought hard and bravely against genocidal barbarity.