Turkish Energy Minister Fatih Dönmez announced new illegal drilling in the Eastern Mediterranean in areas where, as he said, "we have found traces of gas".

Speaking to Turkish news network A Haber on Monday, Dönmez announced developments in the region, saying that Turkey was not going to go back to sea areas that "have rights".

He claimed that Turkey made nine drills, three of which were in the sea area belonging to the Republic of Cyprus. 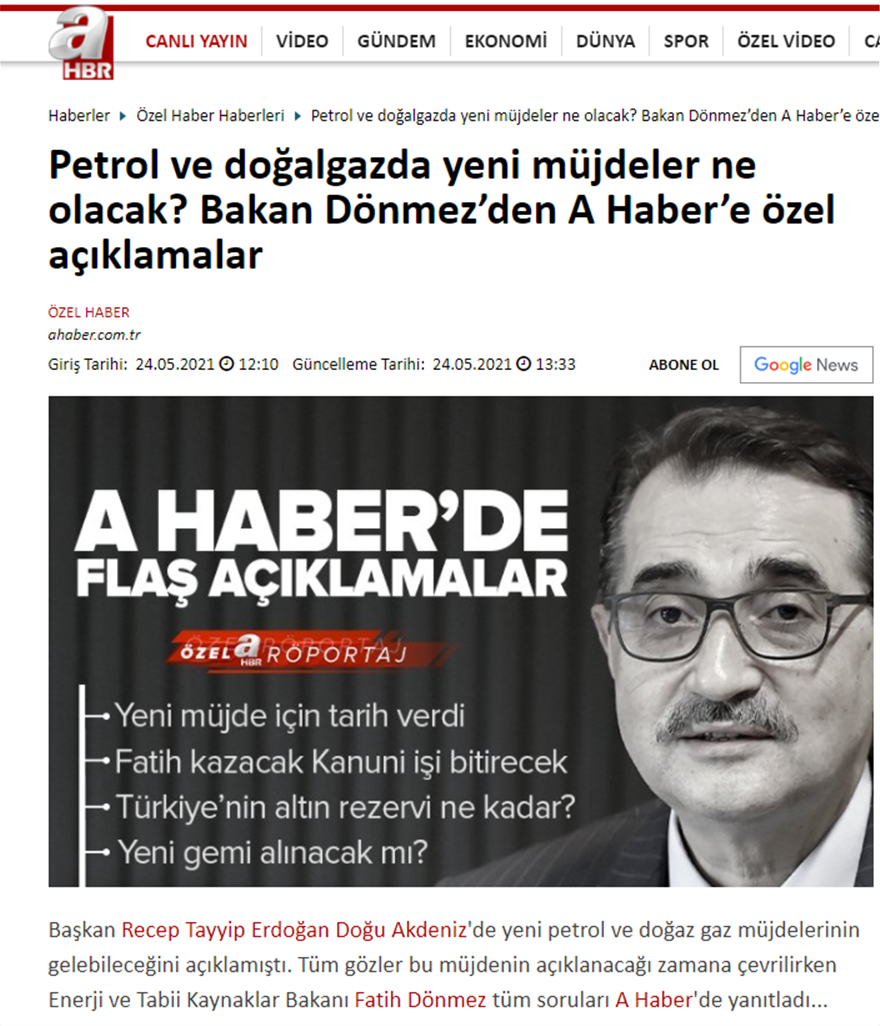 He also said the Yavuz drilling rig , which will reappear in the Eastern Mediterranean as soon as its maintenance work is completed.

Dendias: Russia is an integral part of Europe's security architecture