It is noted that the meeting lasted at least 11 minutes longer than scheduled and ended at 11:11 instead of 11:00.

Also, after the end of the talks, the Prime Minister “outpaced” the Turkish Foreign Minister, accompanying him until the exit. 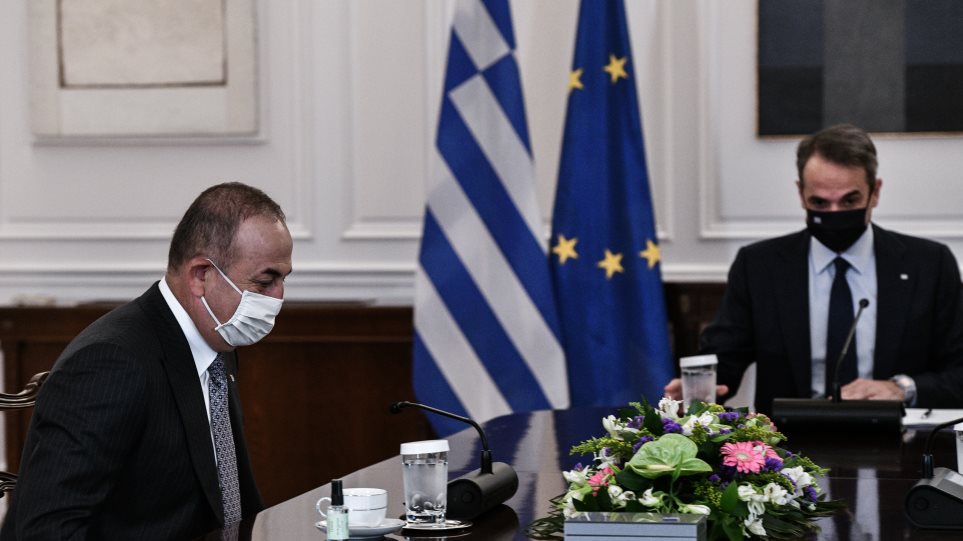 According to government sources, the two men talked in a good atmosphere.

In fact, the mutual will to promote a positive agenda in relations between the two countries was noted.

15 of the proposals were made by Athens, eight by Turkey and two were related to environmental cooperation.

Areas of cooperation include strengthening and facilitating cross-border trade (road, rail and maritime transport), tourism, the environmental aspects and telecommunications.

Although many of the 25 proposals have been discussed between Greece and Turkey since the 1970s, the reconciliation effort aims to boost “low policy” issues that could nevertheless have a positive impact on the real economy.

According to sources, in the meeting between Frangogiannis and Önal, an agreement was reached to promote the measures of economic cooperation.

In the press conference that Greek Foreign Minister Nikos Dendias will give with Çavuşoğlu will prove whether a final agreement has been reached between the two governments to promote the so-called “positive agenda.”