The infamous “Dissolution and Turkification Plan” had deserted the island of Imvros from its native Greek population.

One of those expelled in 1966, however, returned to the island, revived the place and has become a beacon of hope for the future 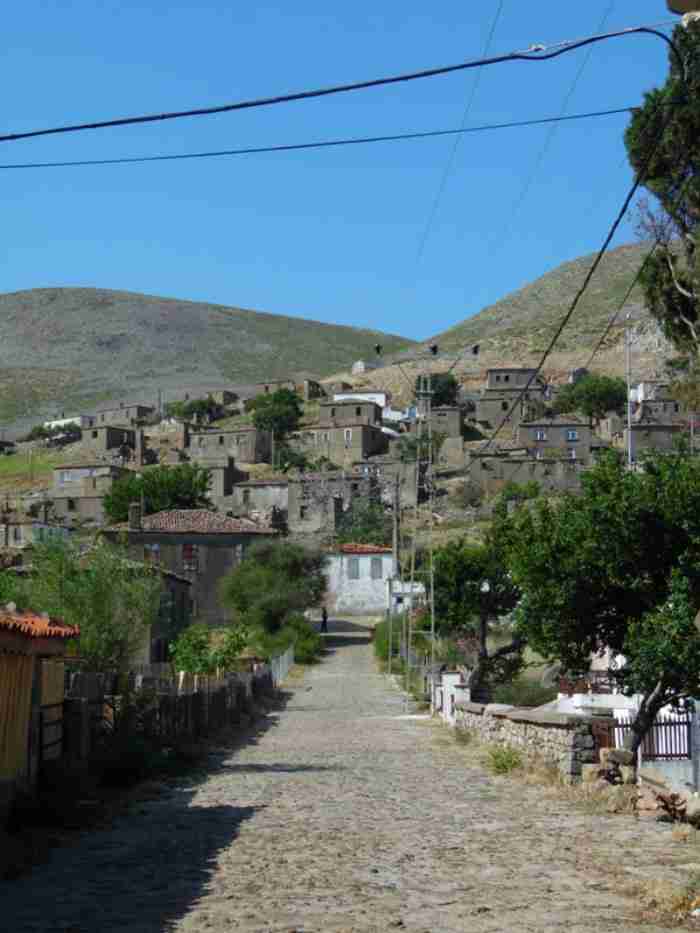 The half-ruined face of the village of Schinoudi is an indisputable witness of what Turkey successfully implemented on the island after 1964 with the infamous “Program of Dissolution and Turkification.”

This program effectively uprooted the Greek population that until then had been a majority.

In recent years, however, something seems to be changing in Schinoudi, and virtually throughout Imvros, because of a man who decided to go back and revitalize birthplace.

“I did not want to leave Imvros,” said Nikos Doldouris, adding that “They forced us to leave. But I always had in mind that one day I will go back.

In 1966 – at the zenith of Turkish persecution against the Greeks of Imvros – he left the island with his family to be in Athens, and from there to the distant Australia. 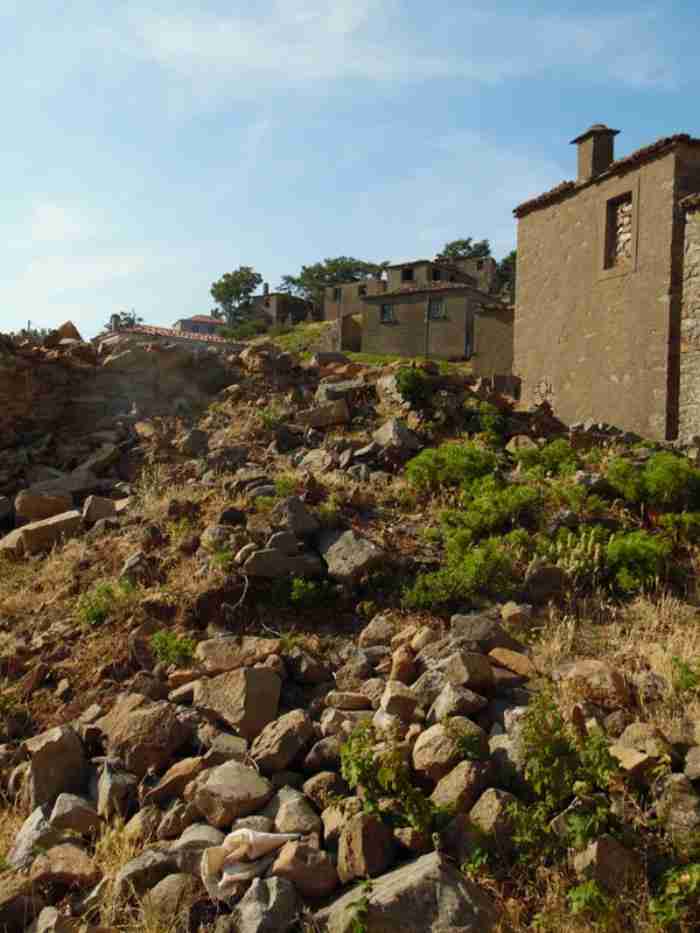 With the Treaty of Lausanne in 1923 – Imvros and the neighboring island of Tenedos – was ceded to Turkey due to its geographical location, since the two islands are located near the Dardanelles Straits.

The same treaty provided for a “special regime of self-government”, which in modern terms is autonomy.

This was never respected by Ankara, which quickly implemented a plan to Turkify the island, expelling the Greek population and colonizing it from Turks from the mainland and those from Bulgaria.

The numbers testify to what Ankara has successfully implemented in Imvros.

The Turks not only changed the Greek names of the seven villages of the island (Panagia, Glyki, Kastro, Eulambio, Agioi Theodoroi, Agridia and Schinoudi), but the settlements even encroaching on the properties of expatriates.

At the same time, they built four new villages and transported Turkish citizens from Pontos, Kurds from the east, and Turks from Bulgaria. 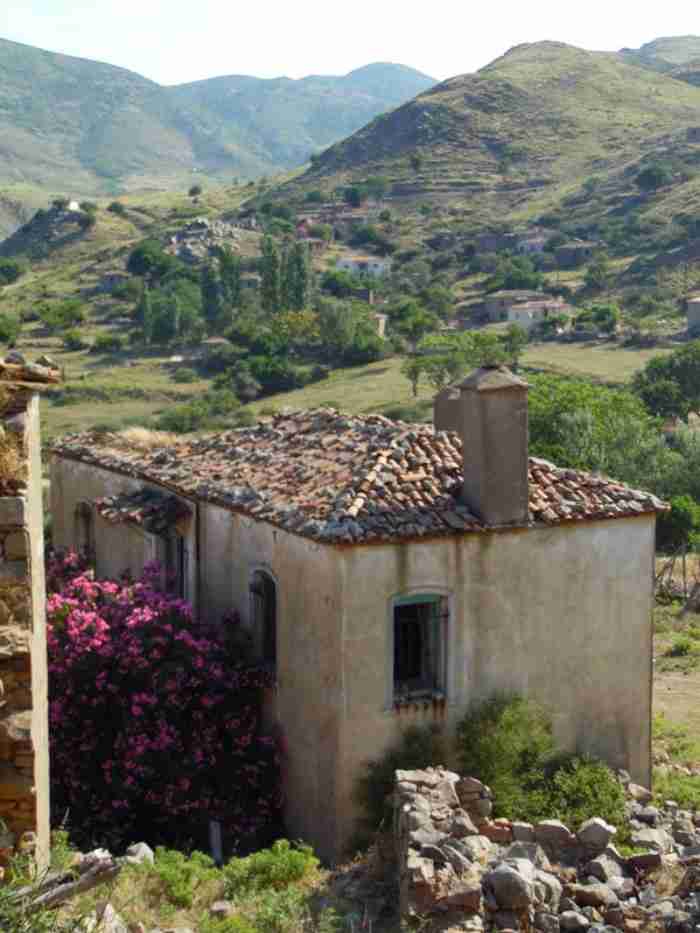 Until the early 1960s, Schinoudi was the largest village not on Imvros.

It had almost 2,500 inhabitants, all Greeks, most of whom were engaged in the land – they owned almost 2/3 of the arable land of the island – and were active in trade not only in the nearby Aegean islands, but even Constantinople, Smyrna and Thessaloniki.

What it was, what happened

As early as the beginning of the 20th century, the village had a seven-grade Urban School and a remarkable community organization described in the “Schinoudi Community Regulation” which came into force in 1904.

Schinoudi was essentially the economic and commercial center of the island, as evidenced today by the dozens of dilapidated houses and shops.

Only the shopping centre of the village covered an area of ​​about 15 acres, while there were also two cinemas that screened Greek films of the time.

Only the annihilation of Schinoudi would allow Turkey to successfully implement the so-called “Program of Dissolution and Turkification” which was implemented in 1964 in Imvros.

It was essentially the beginning of the end for the long presence of Hellenism on the island. 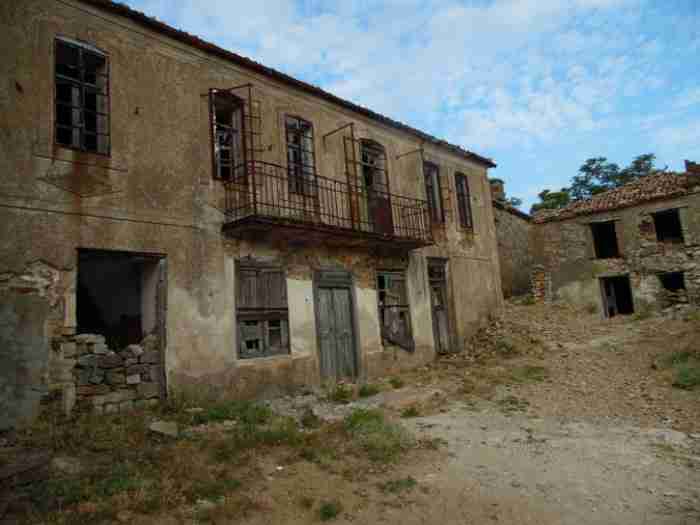 The beginning was made with the operation in the plain of the Schinoudi Open Rural Prison.

The prisoners were moving freely in the village, committing violence and terrorizing the expatriate residents, but also looting their property.

This was followed by the expropriation of all land in the fertile plain, resulting in the cessation of all economic activity in the area. 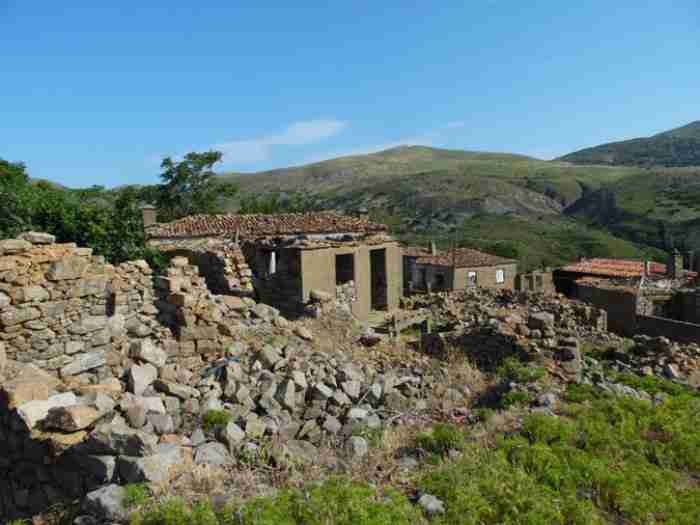 However – at a time when the Cyprus problem was on the rise – the ban on Greek schools, the destruction and looting of churches and the threatening dispositions of convicts and settlers who had flooded the island, led hundreds of Greeks in the village to leave. “We packed our belongings in two suitcases, locked the house and went down to the port to take the boat to the opposite shore and ended up in Athens with our family,” said Doldouris, who left the island behind at the age of 24.

The story of his family is similar to dozens of others in Imvros, who overnight abandoned homes and property by throwing black stone – at least until recently.

Today, the Greek population of Schinoudi does not exceed 30 Greeks, while there are Kurdish families who arbitrarily occupy Greek homes.

After 24 years in Australia, the time has come for Doldouris, who without much thought left a successful tourist office, the comforts and the luxuries, to tread on the soils of his beloved island again.

His only goal is to revive the village where he was born and raised, changing the image of desolation and looting.

“I cried as soon as I saw my ruined village and the house where I was born,” he said.

“I realized that nothing is done with crying – Either you leave and throw a black stone behind you, or you stay and do deeds; I would say good madness”, he said.

“Unfortunately, everything that was to be done was done. We should no longer regret it, but look ahead and steadily. That was and still is my reasoning until today,” the expatriate added. 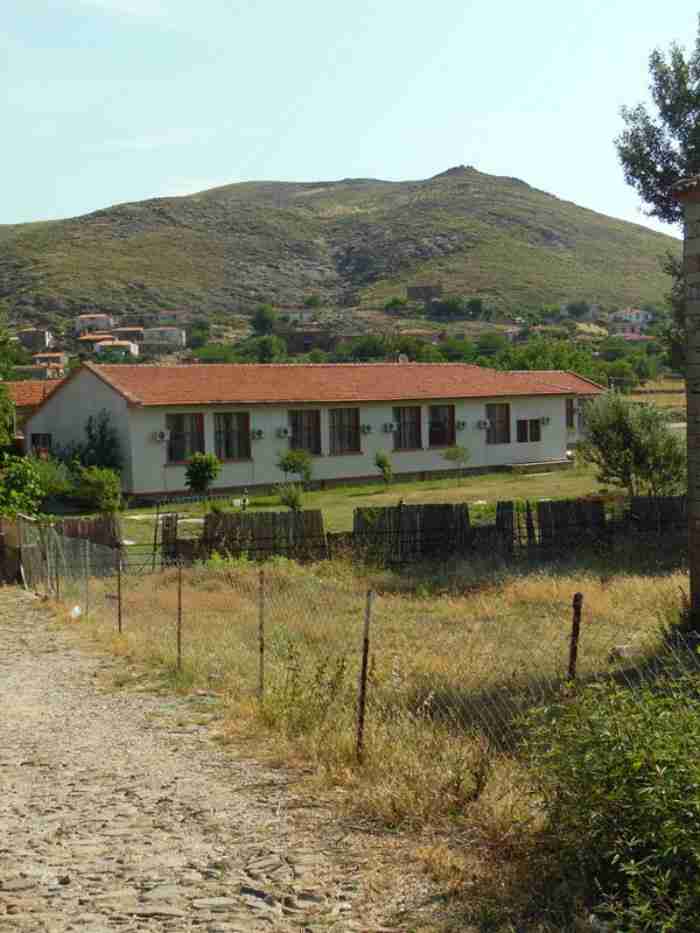 The many repaired and freshly painted houses, which stand out among the other ruins in Schinoudi, seem to justify it.

With the support of a few good friends from Greece and abroad, he began to rebuild his family’s old houses and do public works that had been left to time, such as the church of Agia Marina, the cemetery, roads, etc. 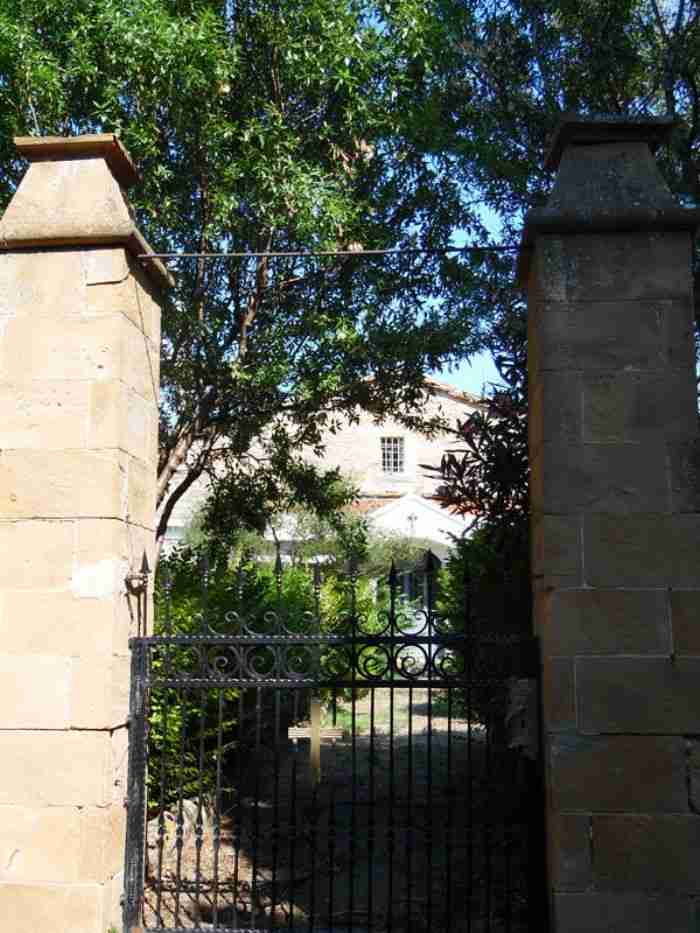 At first the Turks – Authorities and settlers – treated him with suspicion, however they quickly realized that he was a man whose only driving force was the love for his place.

“The initial difficulties are over and belong to the past. The Turks understood that my concern is to revive the island,” he said.

I have always believed that when the people prosper, whether they are Greeks or Turks, there are no problems.

“That’s why I work all these years,” he said.

Seeing his efforts pay off, many Imvrians living off the island took courage and returned to repair their paternal homes.

Thus, year by year, more and more houses in the village came to life again, as in the good old days. 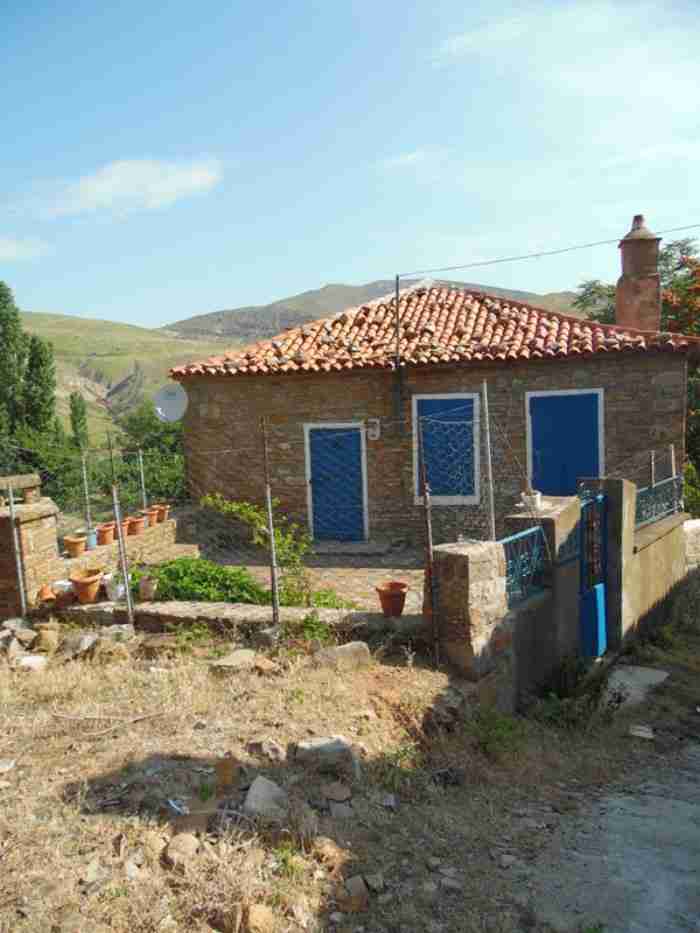 But he did not stay only in the animation of the village.

Doldouris, believing that culture is the best means of reconciling peoples, began in 1994 to hold music and dance events at the informal cultural centre he created on his family estate.

In 1996 the concert of George Dalaras, at a time when Greek-Turkish relations were in the red due to the events in Cyprus (assassination of Isaac Solomos), was the leading cultural event on the island and was attended not only by ordinary Turks, but also by local leaders.

In recent years, in fact, on the initiative of Doldouris, music and dance events are held in the municipal amphitheater in Panagia, seat of the municipality. 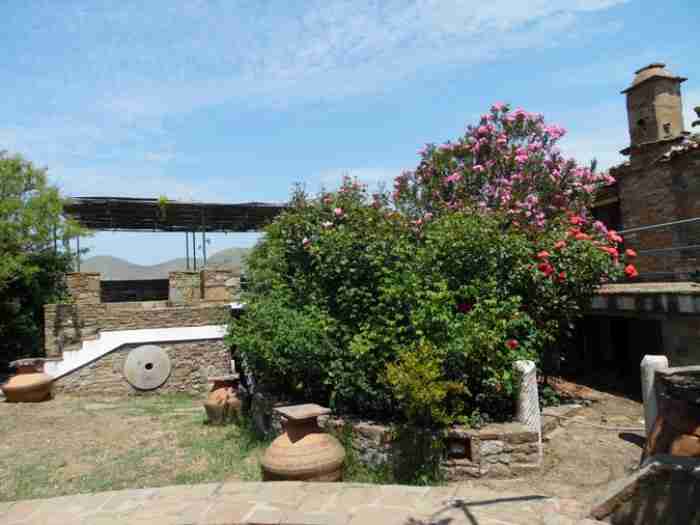 From 2000 until today, about 35 music and dance groups from Greece have given performances in Imvros, hosted in the hostels of Doldouris.

Despite all the encouraging things that have happened on the island, he says he is a realist.

“The situation today in Imvros for the Greek element is much better than 20 and 30 years ago. Some from Greece and abroad also returned,” he said. 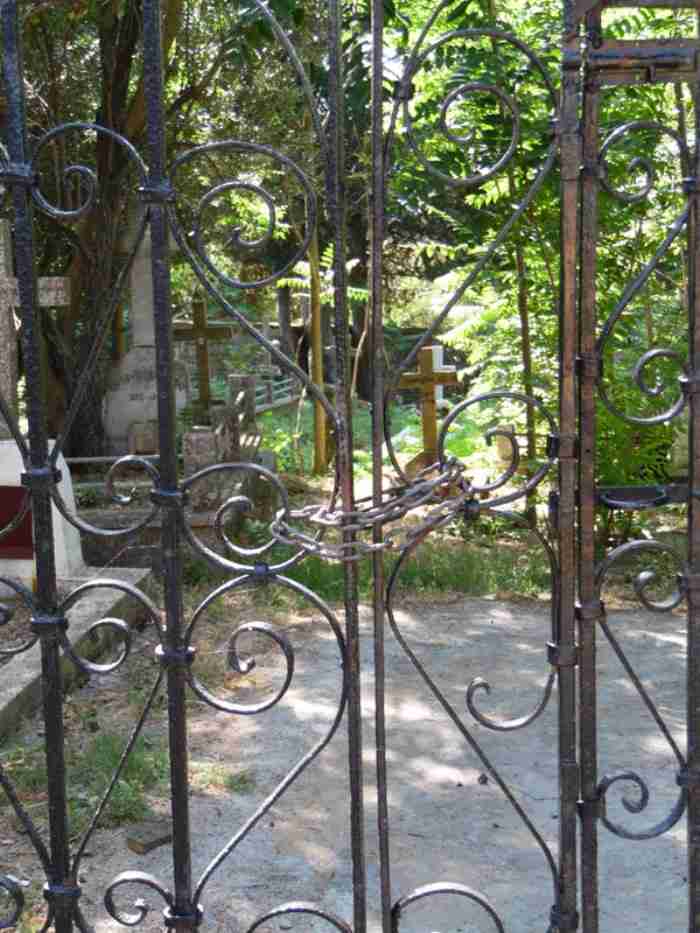 “But in order to avoid an expiration date, a lot must be done that will lead young Imvrians to return permanently to the island, to live and work here”, he said, referring us to the song “Our villages were destroyed” by George Dalaras. 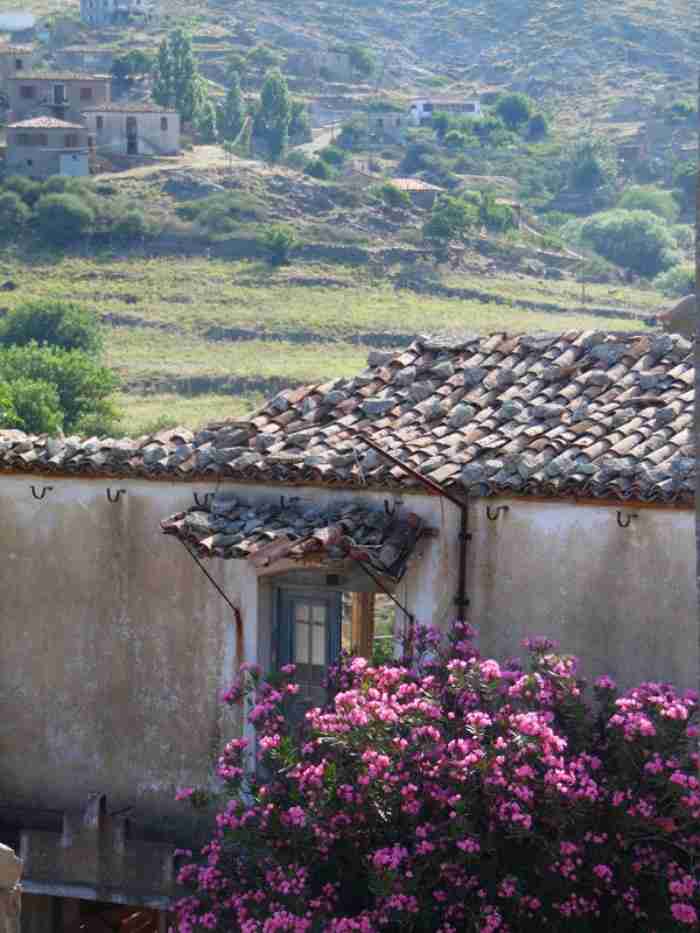 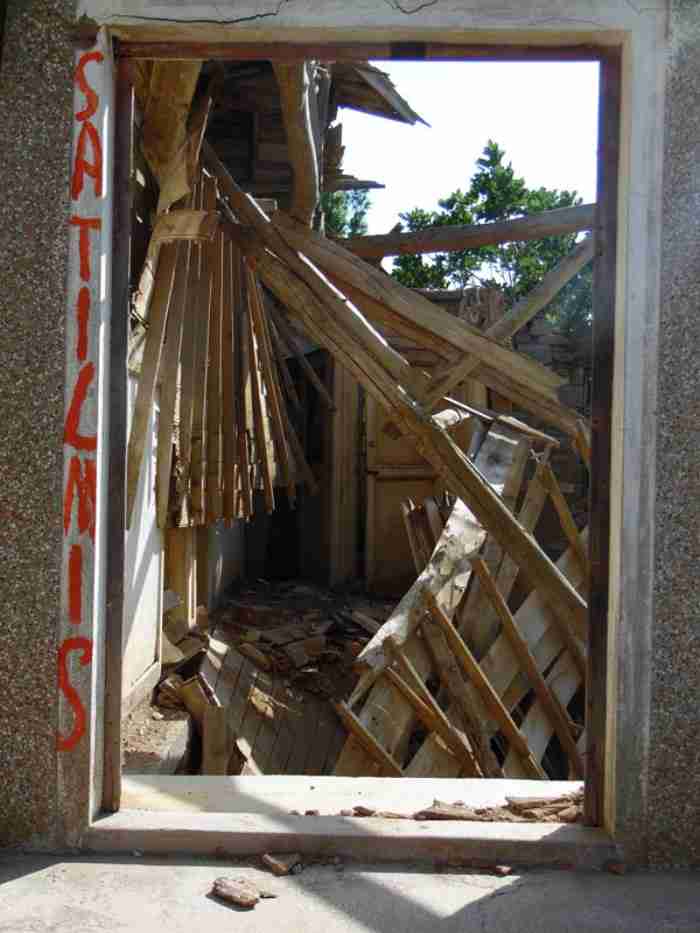 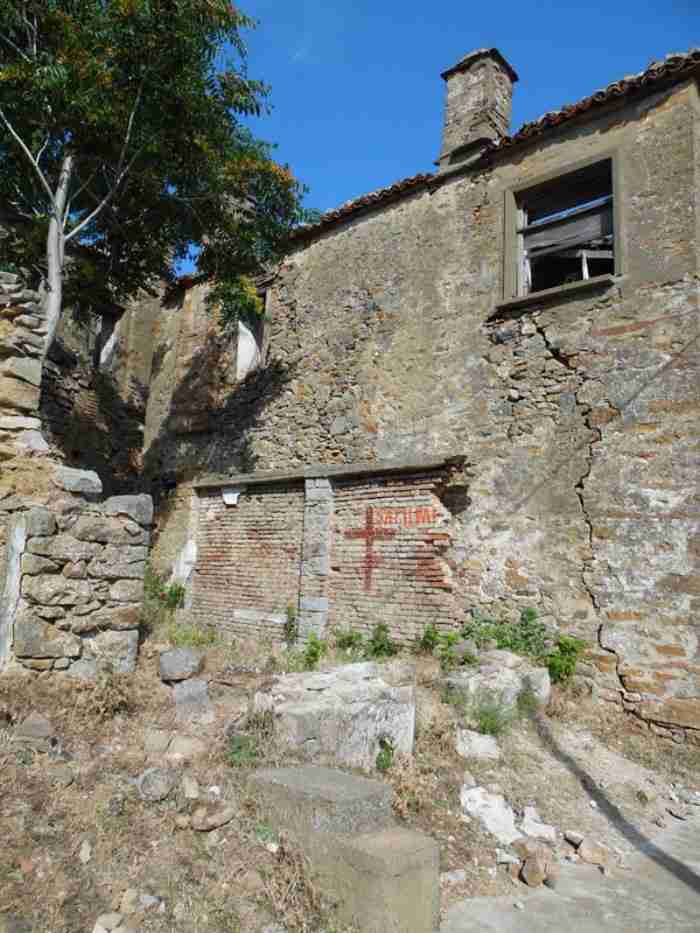 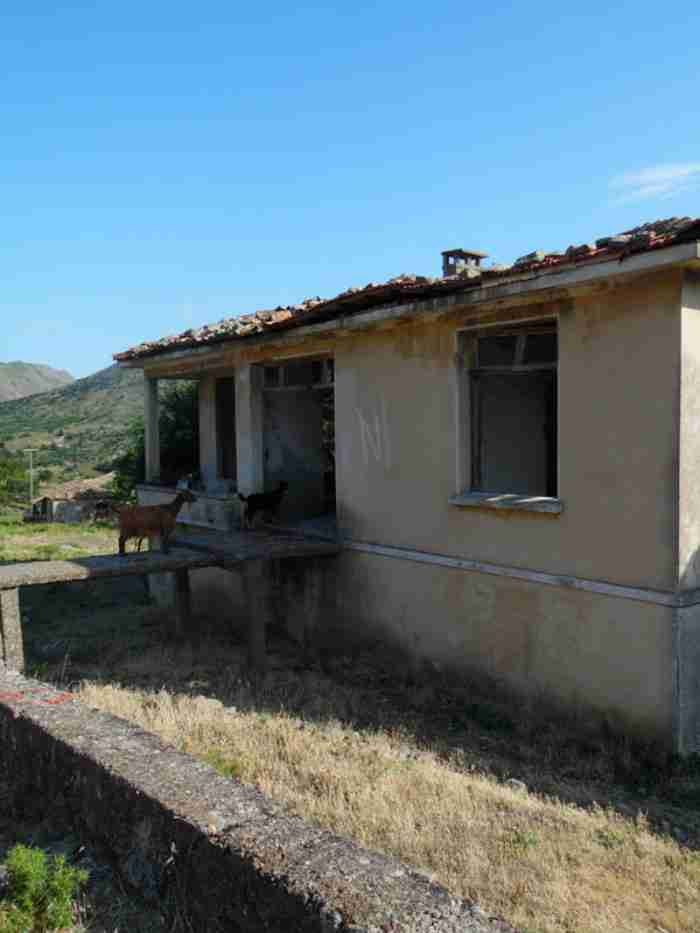 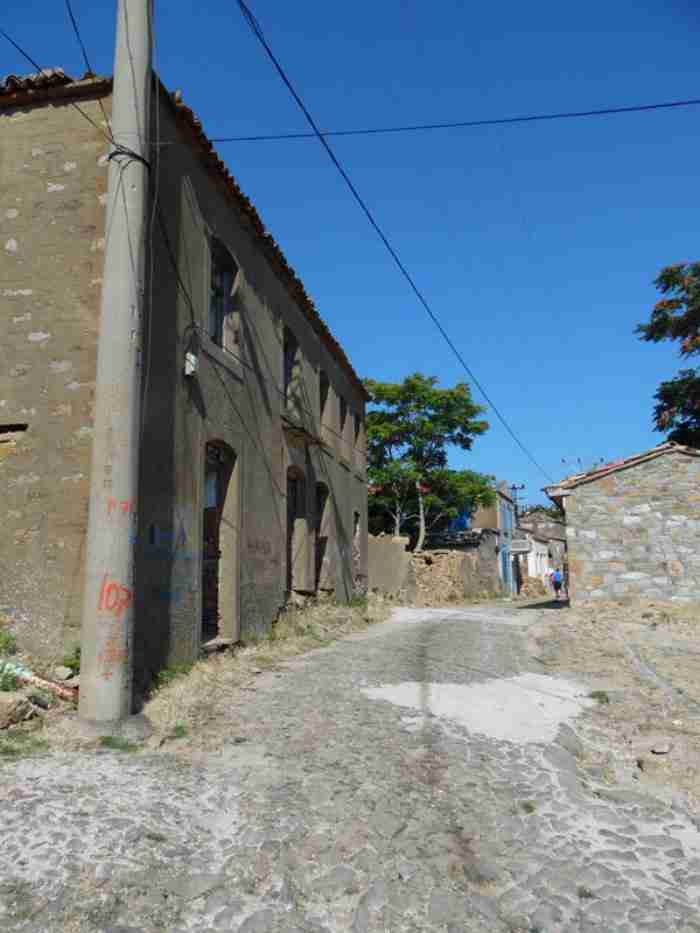 This article first appeared in Greek on Dinfo.

Professor Mazis: Greece must open a consulate in Pontos, Tenedos and Imvros

New threats from Turkey: “USA and France are spoiling Greece; When they’re alone, they will face us”