Against United Nations Security Council resolutions, the Turks continue to develop Varosha, he new part of the beach of Chrysi Akti in the occupied city of Famagusta, is almost ready – Umbrellas with sea beds have been placed on the beach.

The Cyprus News Agency visited the enclosed area of Varosha and recorded the works done by the Turks to open the area to tourism in violation of UN decisions.

The new part of the Golden Coast beach, that extends to the Venus Hotel and will be accessible to the public, is almost ready. 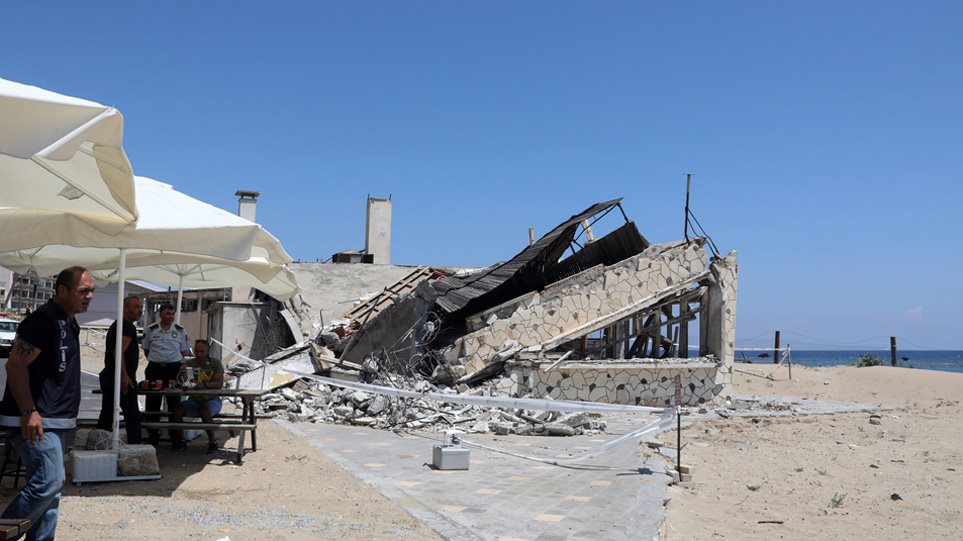 The part of the beach that will be opened is where Turkish President Recep Tayyip Erdogan had visited on November 15, 2020.

Palm trees have been planted in the corridor that has been built towards the beach, while a refreshment room-canteen has been built on the right, which is not yet operational.

It should be noted that part of the beach of Chrysi Akti has been operating since 1975 , as well as 3 hotels in front of it, but only for the members of the Turkish occupation army.

That area is no longer accessible and citizens cannot pass through it.

Katia Christodoulou even photographed an old car, which has apparently been left there since the Turkish invasion of northern Cyprus 1974. 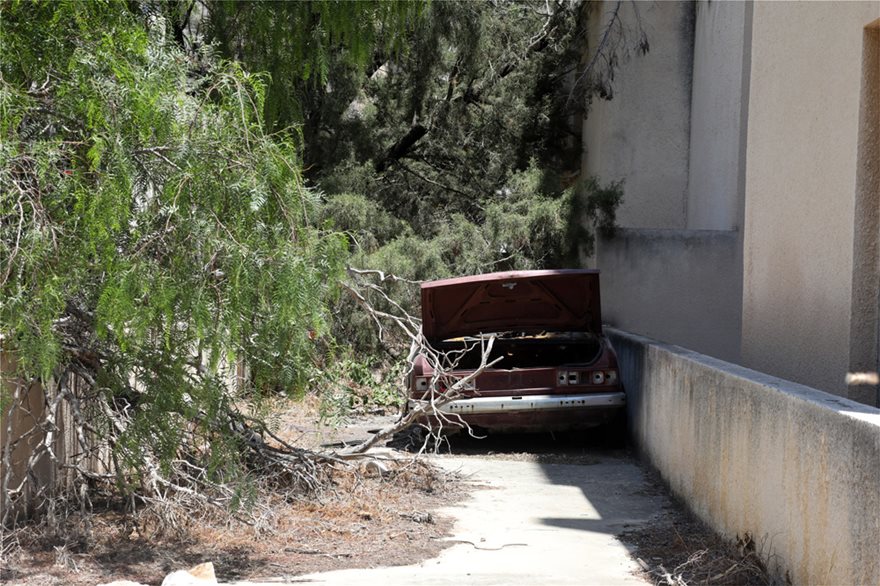 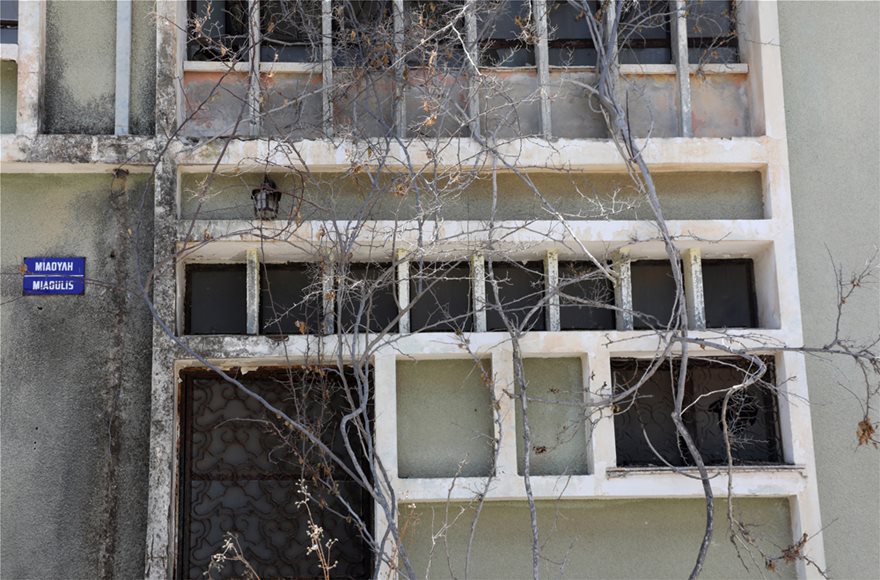 On the right side of Kennedy Avenue, before the strictly inaccessible military area, earthworks are being carried out and a large piece of land is being leveled, with no indication of what will happen there.

There will be changes to the Municipal Garden of Varosha, in front of the First Greek High School of Famagusta.

The garden has been cleaned and will apparently be used.

Entry into the garden is not allowed, nor are the photos.

Months ago, the Turkish press had written that the “Cypriot national garden” was to be built in the closed city.

On the roads that are open and accessible in the closed city of Famagusta, there are cyclists and several “police”, as well as surveillance cameras everywhere.

Wooden stakes with ropes have been placed everywhere. 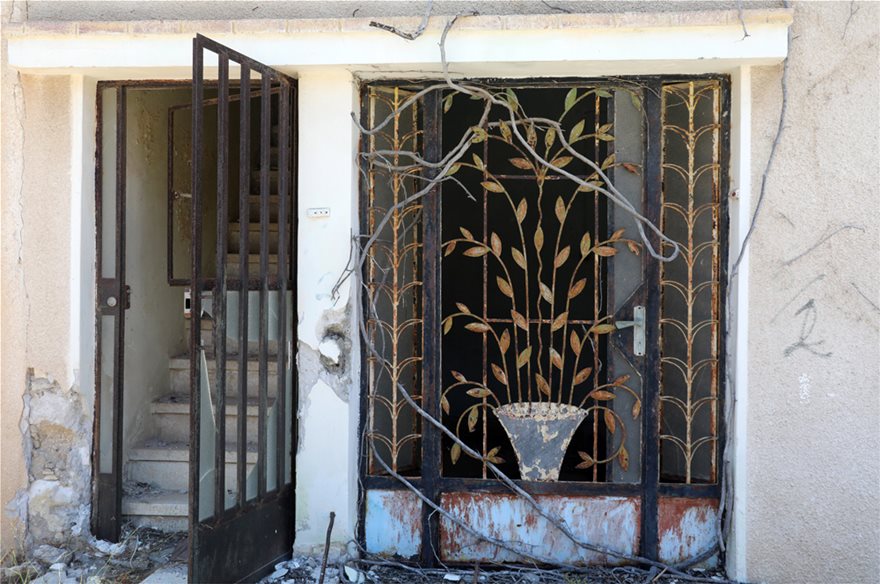 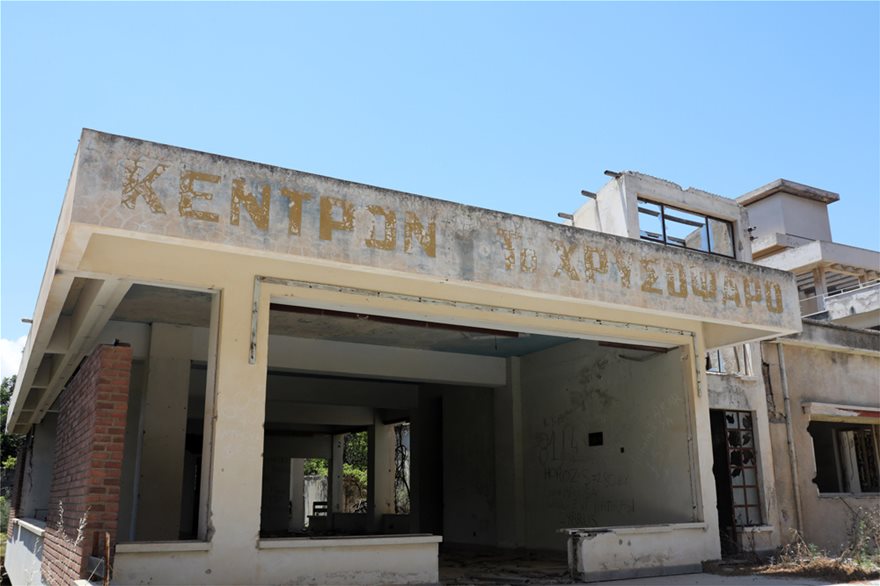 With a visa you can also buy coffee , drink and everything else that the small canteens that have now been placed in some street points in the enclosed city of Famagusta sell.

Varosha, a southern suburb of the city of Famagusta, has been a ghost town since the illegal invasion that partitioned the eastern Mediterranean island along ceasefire lines into an occupied Turkish side and the Republic of Cyprus.

The Security Council adopted a resolution in 1984 which said any attempts to settle any part of Varosha by people other than its original inhabitants is “inadmissible.”

It called “for the transfer of that area to the administration of the United Nations.” A 1992 resolution reaffirmed the 1984 resolution and called for Varosha to be put under control of the U.N. peacekeeping force in Cyprus – but that has not happened.

READ MORE: The U.N. Security Council called on Turkey and Turkish-controlled northern Cyprus on Thursday to close a beach in uninhabited Varosha.

Metro, electric, trams and trains go on strike on June 10