After Maria Sakkari’s victory over Sofia Kenin yesterday, the tennis star made history after becoming the first Greek woman in the Quarter Finals of the French Open, an achievement that neither Eleni Daniilidou or Angeliki Kanellopoulou managed to achieve.

However, in the last few hours, some snapshots from the stands of “Court Suzanne-Lenglen” in Paris have been in the news for non-competitive reasons as well, Proto Thema reported. 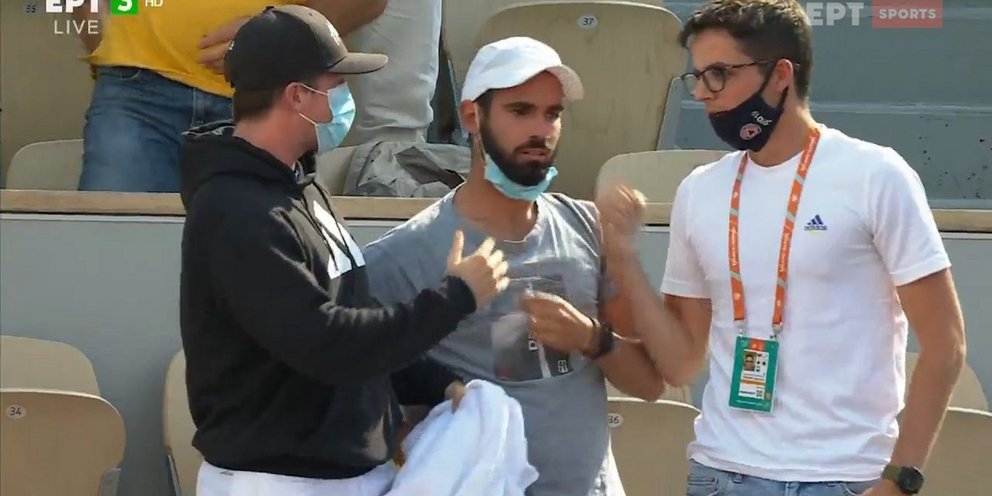 The son of Greek Prime Minister Kyriakos Mitsotakis, Konstantinos, brought to surface the relationship he has with the Greek athlete.

The pair maintain a bond and despite Sakkari constantly traveling, not only do they meet, but they are also very happy since they both love tennis.

The two of them, who knew each other for a long time before they even got close, had kept their relationship hidden from the public spotlight, however, the appearance of Mitsotakis at Sakkari’s winning match, confirmed suspicions.

The Greek defeated Sofia Kenin with 2 sets to zero (6-1 and 6-3) and became the first Greek woman to qualify for the Grand Slam quarterfinals.

Kenin is No. 5 in the world rankings and last year was a finalist in the French Open.

Sakkari was impressive in the first set and defeated Kenin 6-1 while in the second set, although she got a little nervous at the end at 5-1, she won the set 6-3.

The Greek tennis player finished the match with 19 winners and 15 effortless mistakes.

“I am speechless. It’s one of my favorite tournaments. I love Paris. I am having a great time. I do not want to leave. I will try to stay until the end,” she said.

Today I was ready for a battle – I came, I played and I won,” Sakkari added.

Now, she is waiting for the winner of the match between 19-year-old Pole, Iga Świątek (last year’s champion) and 18-year-old Ukrainian Marta Kostiuk.

Upgrading relations between Athens and Pristina