Ange Postecoglou has been appointed as Celtic's new manager on a 12-month rolling contract, replacing Neil Lennon who resigned in February as the club failed to win a record 10th consecutive Scottish Premiership title.

The former Australia boss joins from Yokohama F Marinos in Japan, and formerly managed Brisbane Roar and Melbourne Victory, among other clubs.

"The opportunity that has been given to me is one of the greatest honours in football," said Postecoglou who lived most of his life in Australia.

"The responsibility to lead our magnificent football club into the future is one that I will cherish dearly," he added.

“Celtic is one of the names in world football, of that there is no doubt – a giant of a club, a proper footballing institution and so much more – real history, real substance, real authenticity and real soul," Postecoglou affirmed.

“I know Celtic is a true way of life for so many people and I know the demands which come with this position – I am ready to do all I can to meet those demands," the manager said.

Celtic turned to Postecoglou after Eddie Howe rejected the opportunity to move to Glasgow, with the club citing "reasons outwith both his and our control".

The Athens-born manager won two A-League titles with Brisbane Roar before he took charge of the Socceroos in 2013.

His four-year tenure saw him qualify the national side for the 2014 World Cup and win the Asia Cup in 2015.

Celtic confirmed the news of Postecoglou's appointment in a statement to the Stock Exchange shortly before 9am which read:

"Celtic is pleased to announce the appointment of Ange Postecoglou as the club's first-team manager with Ange commencing employment with immediate effect." 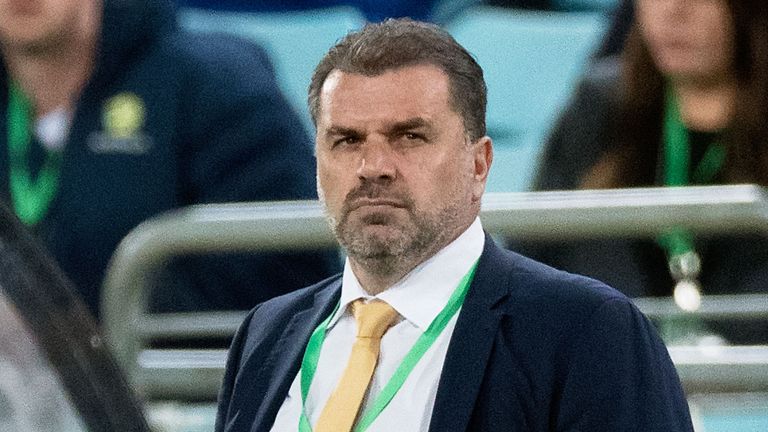 Postecoglou must do a 10-day quarantine, meaning he is unlikely to be at the club’s Lennoxtown training base on 17 June when the first-team squad report back for the start of their pre-season preparations.

Celtic are also waiting to hear from EUFA after applying for an exemption on rules requiring managers to possess a Pro-Licence – which Postecoglou does not hold – if they wish to manage in European competition.