Prime Minister Kyriakos Mitsotakis met with the Prime Minister of the United Kingdom, Boris Johnson, on the sidelines of today's NATO meeting.

During the meeting, the Prime Minister informed Johnson about the positive epidemiological course of Greece which, in his opinion, allows the lifting of the restrictions, by the British government for the visits of British tourists to Greece.

The Prime Minister briefed his counterpart on the recent developments in Greek-Turkish relations, stressing the need to maintain the de-escalation, so that the dialogue can function and a climate of trust can be gradually created. 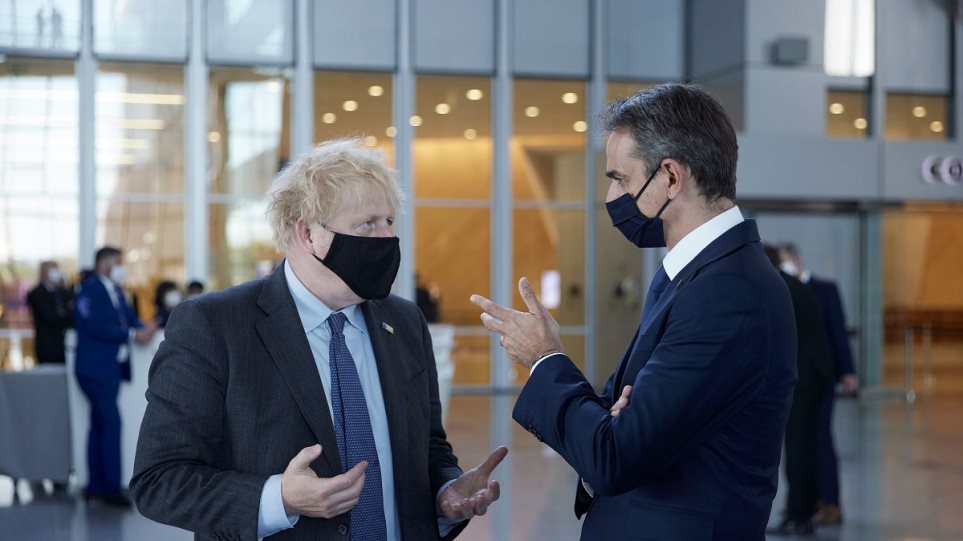 Mitsotakis also stressed that any next steps towards the resumption of negotiations on the Cyprus issue can be agreed only within the given and binding framework of the relevant Security Council Resolutions - a Bi-zonal Bicommunal Federation.

The two leaders also discussed the implementation of the EU-UK Agreement, including the so-called Irish Protocol, as well as the positive prospects for the Alliance through the NATO 2030 Agenda.

READ MORE: Mitsotakis in NATO: Greece is a pillar of stability in the Eastern Mediterranean.

Ambassador Lambridis: Greece will not abandon China even if other countries are

Rama thanks Mitsotakis for arrival of COVID-19 vaccinations to Albania