"Your actions and decisions have affected not only our fight but everyone involved in this fight. Pure irresponsibility on your side. Our time will come and I promise you and the world that I'm going to take you out worse than ever for everything," Kambosos wrote on his Twitter account.

According to the promoters, Triller the fight between Kambosos and Lopez will be moved rescheduled for Aug. 14,.

"We send our best to Teofimo and his family and hope they get well soon, and look forward to seeing this epic battle on August 14, 2021,"  said Ryan Kavanaugh, Triller Fight Club co-founder. 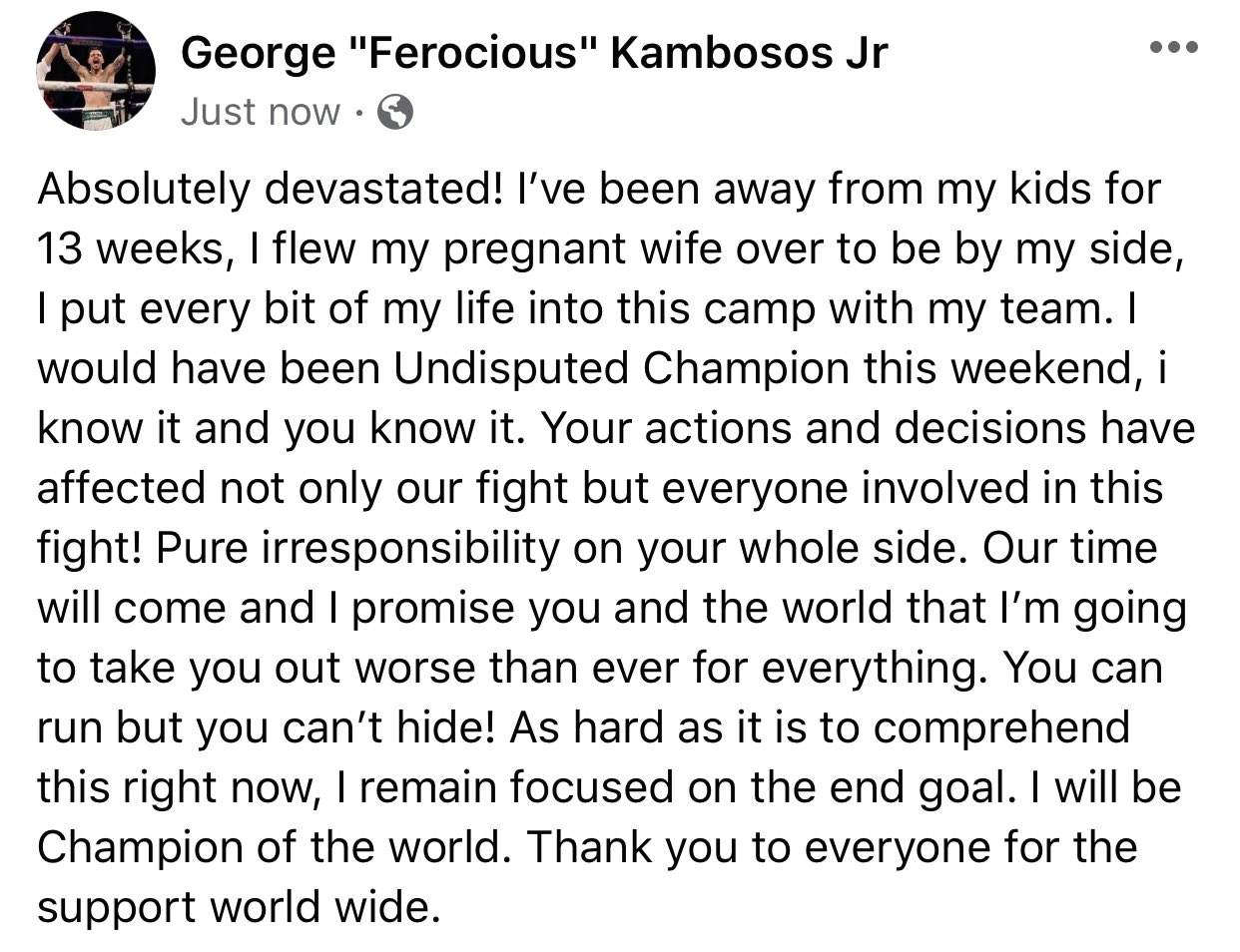 The 23-year-old Lopez (16-0, 12 KOs) is a rising star who just agreed to an amended deal with ESPN/Top Rank through 2023 that raised his minimum purses and secured his place in future ESPN PPV bouts once this fight is completed, sources told ESPN. This defused a dispute between Top Rank and Lopez that occurred after the Kambosos-Lopez bout went to purse bid and Triller bid over $6 million to secure the rights to it over ESPN/Top Rank and Matchroom.

Lopez, who holds the main WBA, WBO, IBF, WBC franchise and Ring Magazine lightweight titles, will be making his first title defense since his October 2020 upset over Vasiliy Lomachenko.

The Lopez-Kambosos bout was scheduled to be held at LoanDepot Park, where the Miami Marlins play, on Saturday, and Triller had begun heavy promotion of the bout.