The first heat wave of the year in Greece will start on Tuesday and is expected to last until Sunday.

Over the course of the week, temperatures will progressively rise to 40 degrees Celsius in several areas.

The peak of the heat wave is estimated, according to Meteo, between Thursday and Saturday.

Over those days, several areas of Greece could reach as high as 41-43 degrees Celsius. 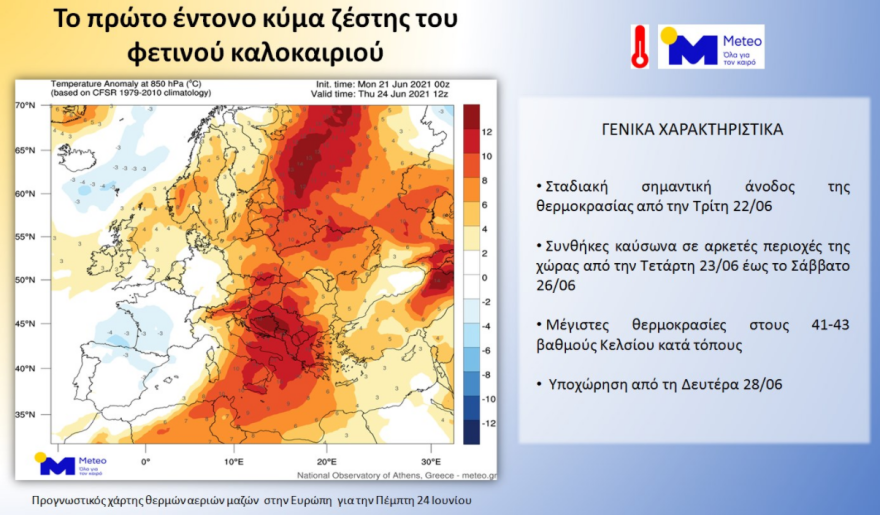 The map below shows 40 degrees Celsius on Wednesday in not only Greece, but also neighbouring Italy. The forecast map below shows areas where rains and storms will occur during the noon and afternoon hours on Monday.

Areas where hail is expected are marked with symbols.

Particular attention should be paid to areas with red triangles as this is where hail may be larger than 2 cm.

Maps with temperatures on Tuesday

Generally clear weather. During the noon and afternoon hours, temporary clouds will develop on the mainland and isolated thunderstorms will occur, mainly in the northern mountains.

The temperature will reach 34 to 35 on the Ionian Islands, 36 to 37 on the mainland and 3 to 5 degrees lower on the other islands and the coast. Wednesday and Thursday are the most "difficult" days

Generally clear weather. Temporary clouds will develop in the central and northern areas of Greece in the afternoon, so it is possible that on Wednesday local showers will occur in the mountains.

The temperature will rise further across the country and will fluctuate at high levels.

On the mainland, it is forecast to reach 38 to 41 degrees Celsius in places on Thursday, but on the islands and in coastal areas it will be 3 to 4 degrees lower. 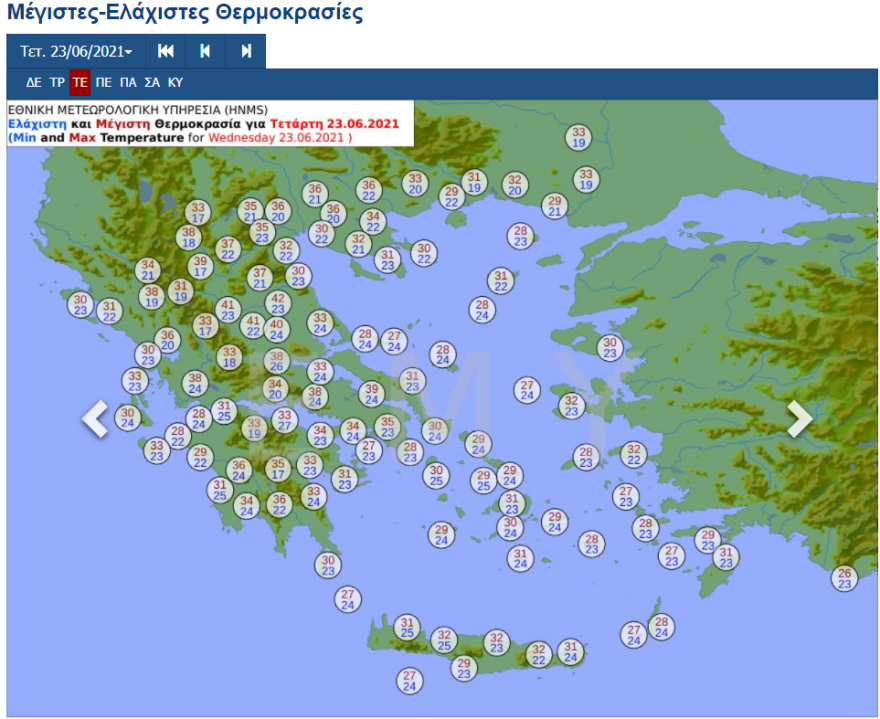 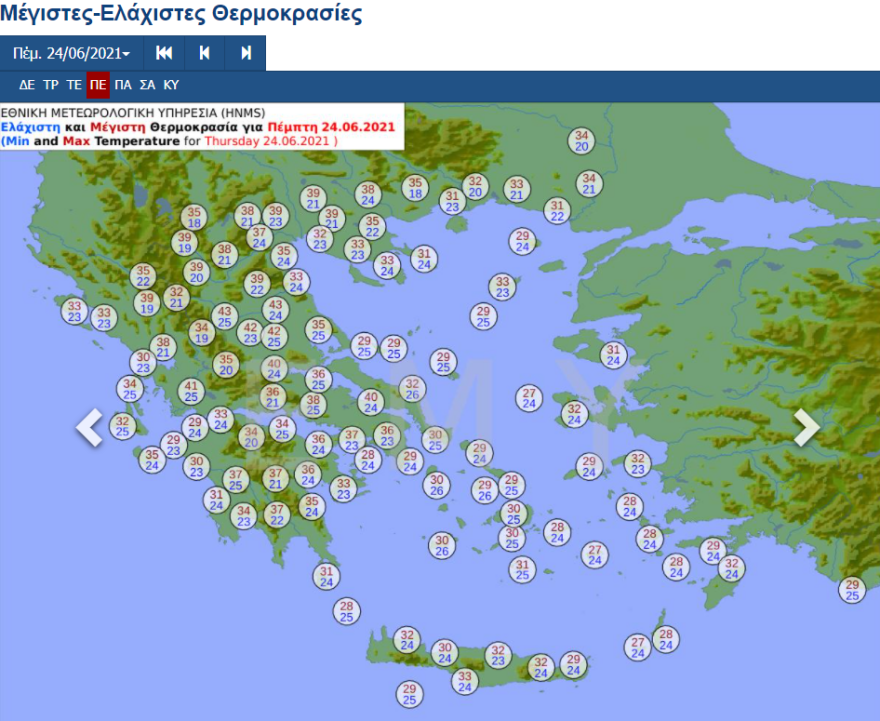 The heat wave continues on Friday

It will be generally clear weather, with temporary clouds on the mainland at noon and in the afternoon.

The temperature will be maintained at high levels for the season. 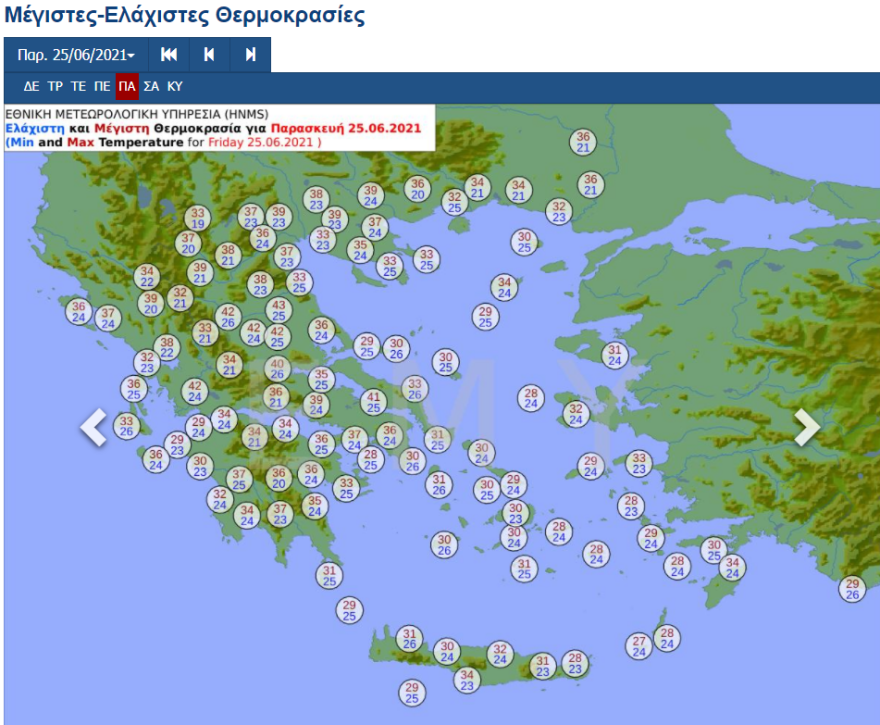 Generally clear weather, with temporary clouds on the mainland in the noon and afternoon hours.

The temperature will be maintained at high levels for the season. 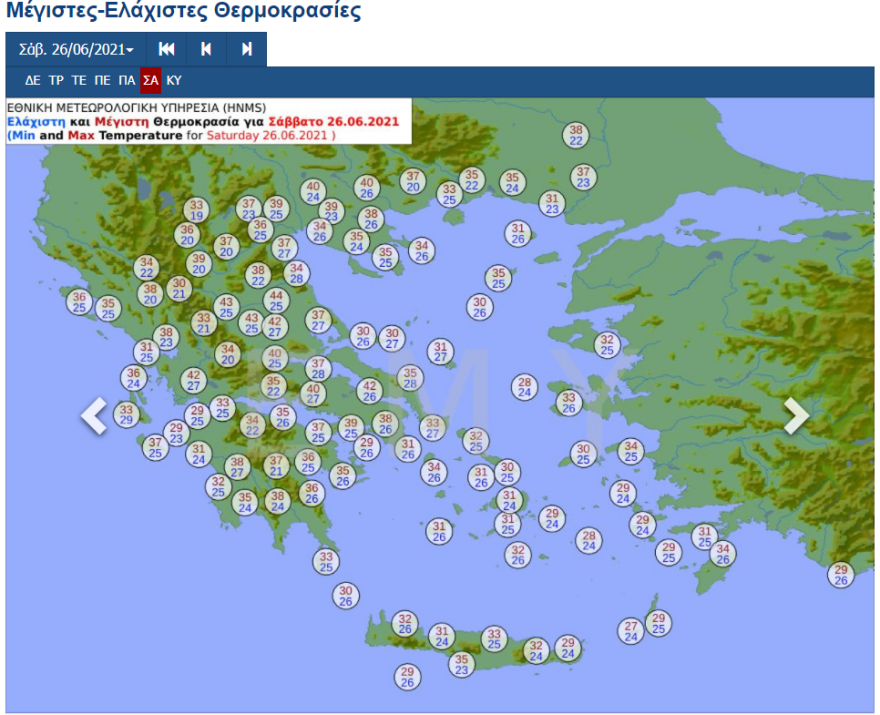 Maria Sakkari: Konstantinos Mitsotakis came into my life when I did not expect it