The Temple of Zeus Lepsynos, which was built in the 2nd century B.C., is being restored by Turkish authorities in the Mylasa (Μύλασα) district of southwest Turkey.

The Temple of Zeus Lepsynos is located in the Ancient Greek city of Euromos (Εὔροωμος), which was founded by Greek settlers in the 6th century BC and is located 12 kilometers northwest of Mylasa.

Associate Professor Abuzer Kızıl from Muğla Sıtkı Koçman University’s Department of Archeology, who is the head of the excavation in Euromos, told Anadolu Agency (AA) that 16 of the 17 columns of the ancient city are still standing with their upper beams today.

The temple in the Ancient Greek city was built by benefactors during the reign of Roman Emperor Hadrian. 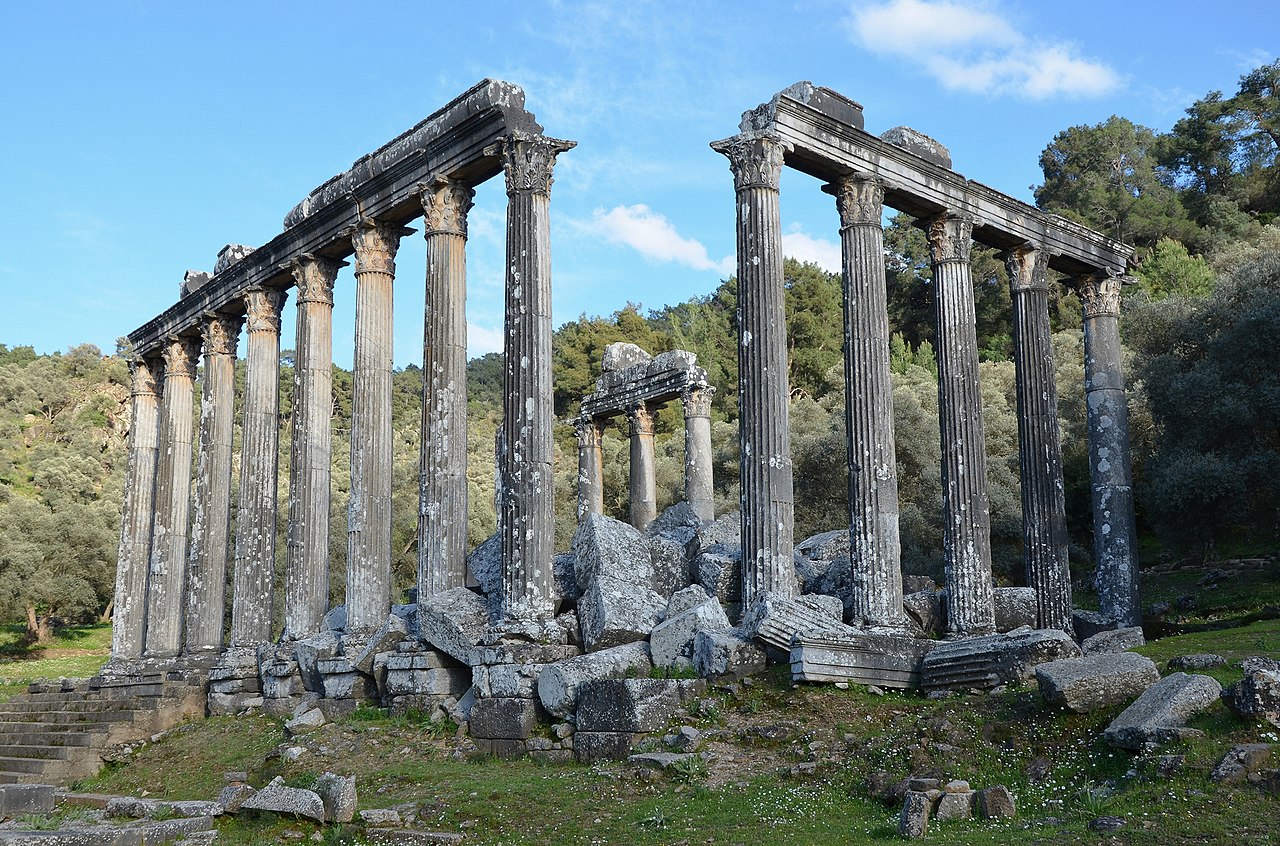 Kızıl said that according to the documents they obtained from European travelers, a part of the temple had been in ruins for 300 years - ie. during the Ottoman period.

He pointed out that the structure is among the best-preserved temples in Anatolia, adding that their latest project aims to raise the ruined part of the temple once again and to strengthen the structure against earthquakes.

"This is a serious advantage for the restoration to be completed in accordance with the original form," he added.

The work will be carried out in various stages, and Kızıl pointed out that the first stage of work is to excavate the blocks around the temple, which they estimate may be partially buried or under the ground.

His team had been dreaming of restoring the temple for years, Kızıl said, and they are happy that this dream has started to come true. 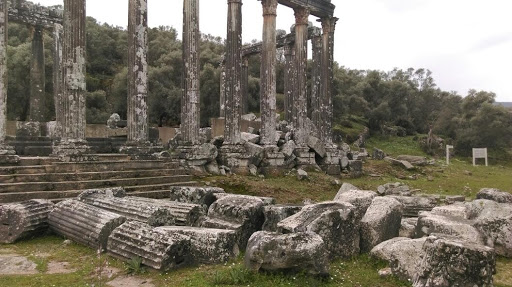 Euromos is one of the important cities of Caria – the ancient name for the southwestern region of Anatolia's Aegean shores. The ancient city of Euromos is a draw for visitors interested in discovering the area's Greek archaeological significance.

Along with the Temple of Zeus, Euromos features an ancient theater, agora and necropolis.

Cleaning lady raped and beaten for eight hours in Petralona

Cannabis use in Ancient Greece