Prime Minister Kyriakos Mitsotakis expressed the special importance that Greece attaches to its relations with India during his meeting with the Minister of Foreign Affairs of India, Dr. Subrahmanyam Jaishankar, confirming their excellent bilateral relations. 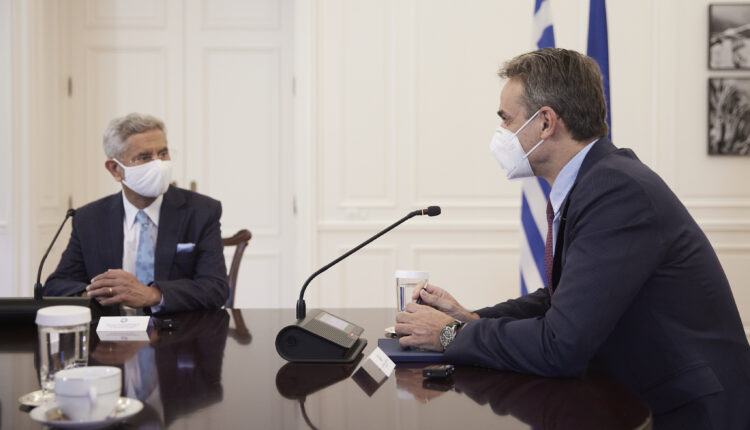 After welcoming the Indian Foreign Minister to Athens, Mitsotakis stressed that Greece places special emphasis on its relationship with India.

He highlighted that the relationship has not developed in the way that it should have in the past, but that there are huge prospects for the future. 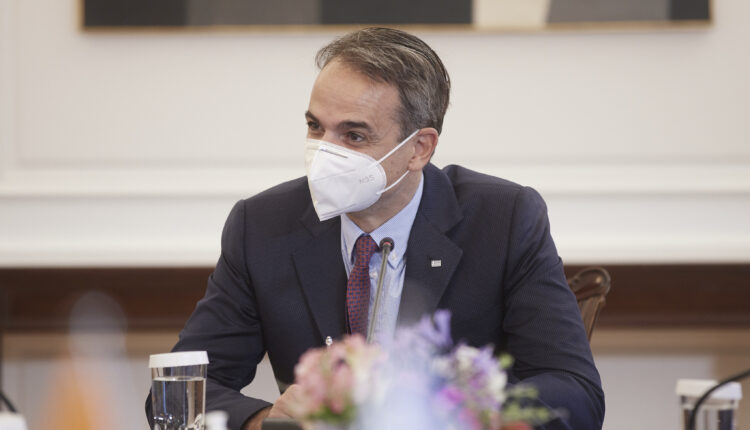 Mitsotakis also emphasised that he has personally visited India many times and has the highest admiration for the biggest democracy in the world, before stressing the ancient and civilizational ties between the two countries.

"I think this is an opportunity to move our bilateral relations forward," Mitsotakis said.

In response to Mitsotakis' opening statements, Jaishankar said "Thank you, Prime Minister. First of all, I bring the greetings of Prime Minister Modi."

"It is of particular privilege to be here on the two hundredth anniversary of your independence. It is therefore a statement of support, solidarity, friendship with Greece," he continued.

"We actually started our discussions yesterday and I agree with you, we have a very comfortable relationship, but so far not an ambitious relationship. There is much more we can do," Jaishankar stressed.

One part is, of course, the bilateral, natural connection between Greece and India. I believe, however, that a broader context also stems from the fact that our relationship with the EU as a whole is progressing," he continued.

"And you are a very important, influential Member State, I would say, advocate our cause within the EU. But you are also in many ways, a meeting point between many of our relations in Eastern Europe and Russia on on side, the EU on the other," he said.

"We have a strong interest in the Gulf and the Middle East. So looking at all of this, strategically I would say, there are many, many aspects to this relationship that we should be exploring more effectively," Jaishankar said.

"I hope over the course of my stay that we can do that," he concluded.

During the meeting, the prospects of establishing a Strategic Cooperation in an area of ​​mutual interest that the two countries will choose were discussed, which will give new impetus to the already excellent bilateral relations.

Greece's accession to the International Solar Alliance, an Indian initiative, was announced.

Mitsotakis referred to the positive contribution of this initiative to the utilisation of solar energy.

Particular emphasis was placed on the importance that both Greece and India attach to issues of respect for International Law, the Law of the Sea and the principles of the United Nations.

The Prime Minister referred to India's current term in the United Nations Security Council, as a non-permanent member, acknowledging the importance of the participation of India in the decisions of the Organisation.

It was also stressed that cultural cooperation is an important aspect of bilateral relations, with an emphasis on cultural heritage issues, while the presence of the two countries in the Forum of Ancient Cultures was underlined.

Mitsotakis expressed his satisfaction for the implementation of the Indian proposal to place a statue of Mahatma Gandhi in front of the building of the Indian Embassy.

The unveilings will be made by the Indian Foreign Minister during his visit here.

It is noted, finally, that the visit of the Jaishankar is his first to Greece and takes place shortly after the EU-India Summit, where important decisions were taken on issues of common interest.

Love conquers all in Kastellorizo-Kaş: The Greek-Turkish love story that overcame obstacles