The Northern Macedonian Ministry of Tourism continues to promote the country with the provocative motto: "Macedonia Timeless", in violation of the Prespa Agreement.

Although Skopje committed to changing its official tourism campaign according to the Prespa Agreement, the Ministry of Tourism continues to be provocative. 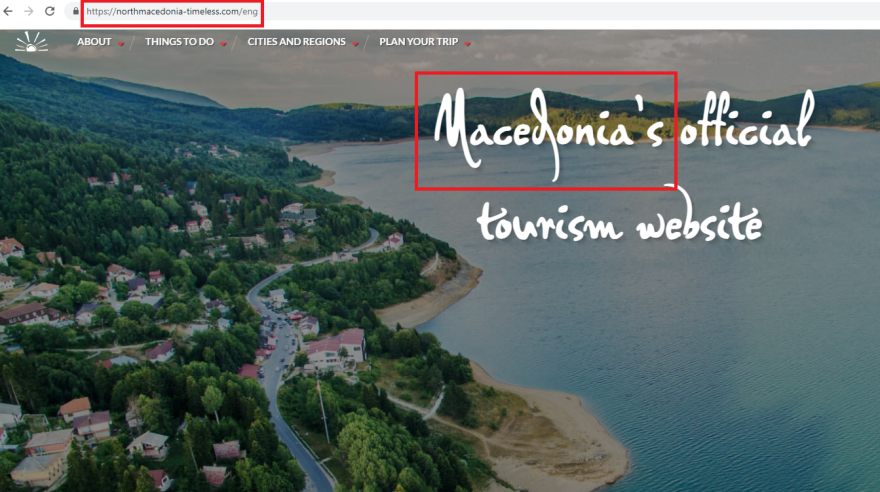 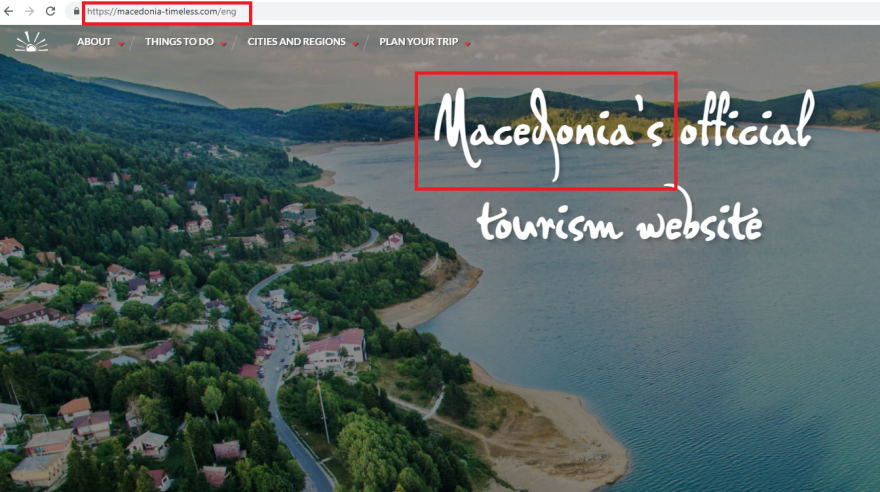 Both pages refer to their social media networks (Facebook Twitter and YouTube), where their official names remain according to the motto of "Macedonia Timeless", posting sights of the country as "Macedonia."

All posts are in English, as the pages are aimed at an international audience. 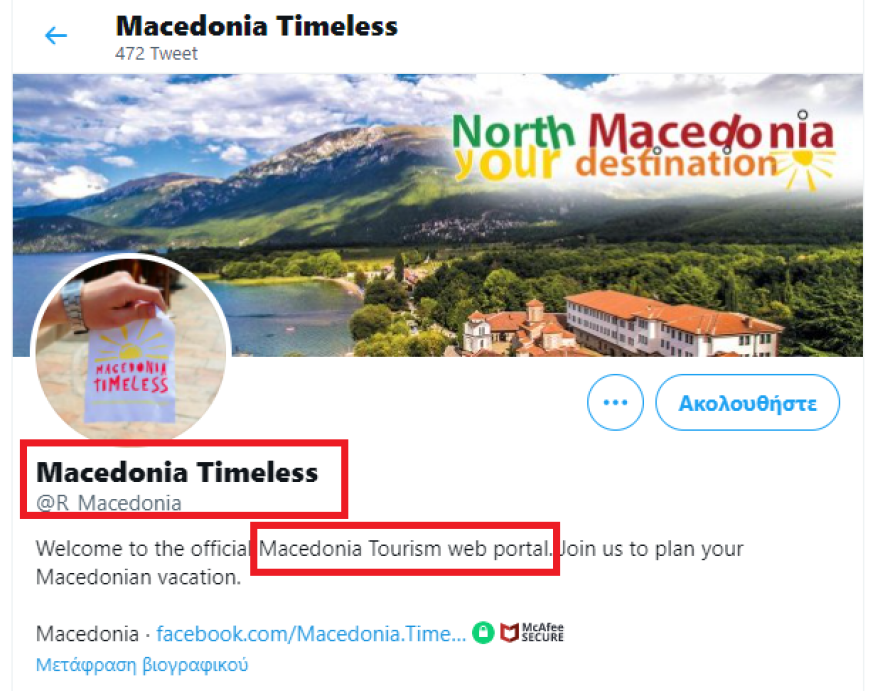 The provocative slogan "Macedonia Timeless" was introduced in 2009 by the former president's omnipotence in the context of the "ancient Macedonianisation" of the Slavic majority that live in the country.

Through impressive Hollywood-flavoured spots, which were shown on local and international networks (CNN, EURONEWS, TRAVEL CHANNEL, etc.), Greece's neighbours tried to present themselves as descendants of the ancient Macedonians.

Although it seems that the motto being being promoted lately is "All in North Macedonia", there is a widespread feeling that there is no real interest from Skopje to adapt the official tourism campaign, according to what is defined in the Prespa Agreement.

Such incidents lead to suspicion in Athens, despite Skopje's efforts to amuse the impressions.

After what happened recently with the participation of the National Football Team of North Macedonia in the EUROS, the Greek government decided to "freeze" the ratification of three memoranda concerning the Prespa Agreement.

This is in order to force Skopje to adhere to the terms of the Prespa Agreement if they want to join the European Union.

The Prespa Agreement outlined that the country's name is North Macedonia, thus ending the name dispute between the two countries, and that the people of the country have no connection to the Ancient Macedonians or Alexander the Great as they were Greek.