The Greek vaccination campaign was much better than that in the US admitted Pfizer CEO Albert Bourlas  during a discussion on Tuesday with the Greek PM. 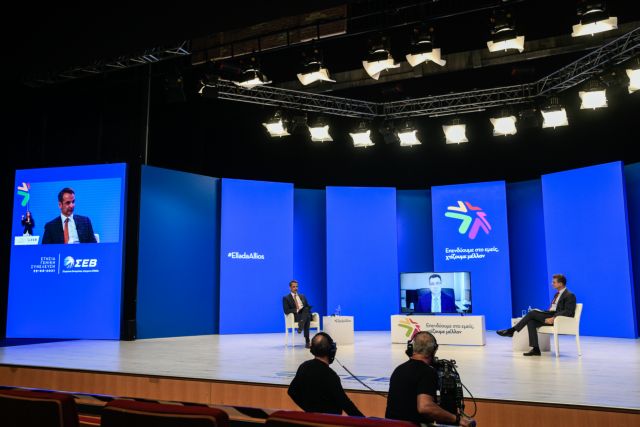 The Pfizer CEO made the comments during an discussion with Prime Minister Kyriakos Mitsotakis and the Chairman of the Greek Industry Association (SEV) Dimitris Papalexopoulos at the Open Event of the SEV Annual General Assembly.

Bourlas encouraged Greek entrepreneurs to take more initiatives in the respective fields. “We have a golden opportunity ahead of us as a country and we should seize it!” said Bourlas.

Encourage by the economic growth the Prime Minister said that the economic landscape is ideal for investment in Greece.

“Now we can say with much greater confidence that it is time to invest in Greece. And I say this with absolute certainty that the prospects of the Greek economy are extremely positive “, he pointed out characteristically.

He expressed his firm belief that the conditions are perfectly suitable for the country to be able to make the leap forward that will allow it not to leave behind a very painful decade, but to completely change the way it is placed on the international economic map.