Skopje has a new headache because of the the latest statement by Portuguese Deputy Foreign Minister Ana Paula Zacarias, Secretary of State for European Affairs, that the language of North Macedonia was once Bulgarian.

The Portuguese official, whose country holds the presidency of the EU, commented that: "Negotiations between North Macedonia and Bulgaria are difficult... obviously related to the language of North Macedonia, which previously was Bulgarian."

This caused a strong reactions in Skopje with Prime Minister Zoran Zaef asking for explanations from the Portuguese Foreign Ministry.

Skopje and Sofia cross swords over the origin of the language spoken by the Slavic majority of the country, which according to the Prespa Agreement signed with Greece in 2018, the language is called "Macedonian". 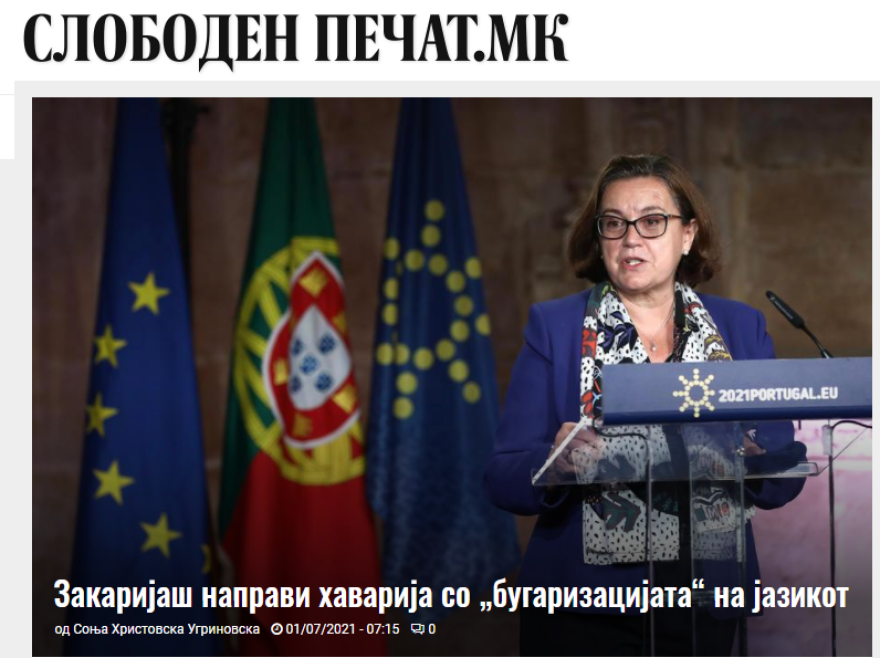 Bulgaria insists that the "Macedonian" language, moreover, should simply be named as the "official language of the Republic of Northern Macedonia."

Sofia states that "the Macedonian language originated in 1944" and that it can be described as a "written regional form of the Bulgarian language", provoking strong reactions in Skopje.

In this context, the start of negotiations between the EU with North Macedonia and Albania has been blocked for months, as Bulgaria insists on resolving issues related to the their neighbouring country's national identity and language.