Dendias was attending the three-day “Ukraine.30 Forum”, which on its opening day looked into the “Strategic mission of Ukraine: The path to NATO & the EU”.

The Greek FM said that Greece could become Ukraine’s ideal ally in its EU accession course, and said Ukraine should take full advantage of all the provisions in the EU’s Association Agreement while continuing to pursue necessary reforms.

He added that part of that included aligning with the EU’s joint foreign policy, and expressed his “surprise that Ukraine is not aligning with it like any country that wants to boost its ties with the EU.”

He said this was especially related to “actions that violate the sovereignty and sovereign rights of EU member-states and contravene International Law.”

Dendias added that Greece is actively participating in the safeguarding measures for Ukraine through its air base at Aktio, the periodic presence of its naval forces in the Black Sea, and with the forces it contributes as a permanent NATO member.

He also made a special reference to Greek diaspora in Ukraine – a community of at least 100,000 people – who are “an inalienable part of Ukrainian society and serve as a bridge between the two peoples.”

Responding to a question, Dendias said that FM Kuleba had reassured him that there is no law or plan of one that would restrict the rights of the Greek minority in Ukraine. 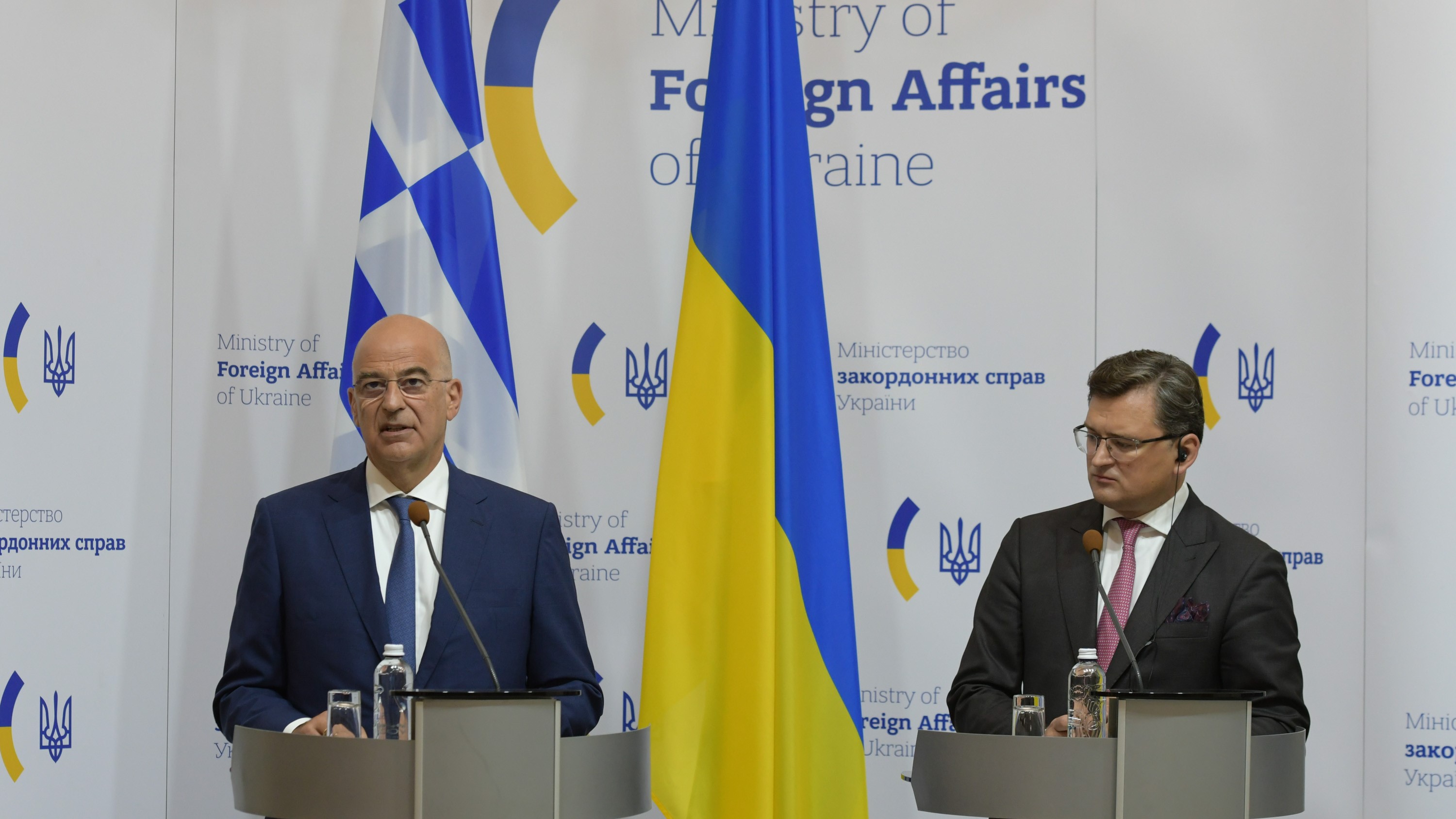 Dendias travelled to Odessa, a city with a historical Greek presence, after attended the opening day of the three-day “Ukraine.30 Forum”, held at Kiev on Monday.

At Odessa, Dendias visited the “Museum of the Filiki Etairia”, followed by a visit to the Greek Park, a public cultural space that promotes Greek culture and honours the presence of Greeks in the city. 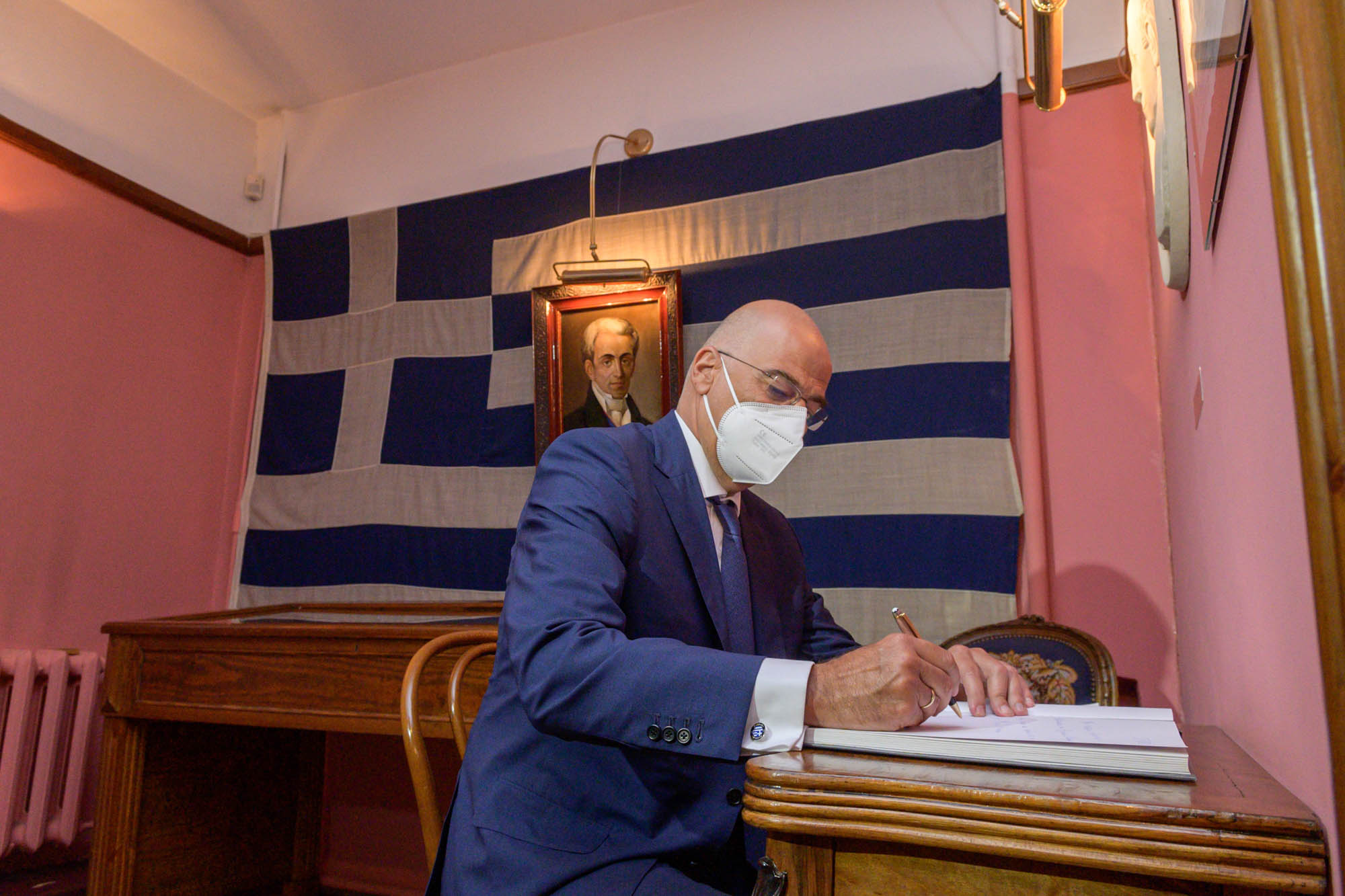 Dendias also met with representatives of the city’s Greek community and business persons active in the region. 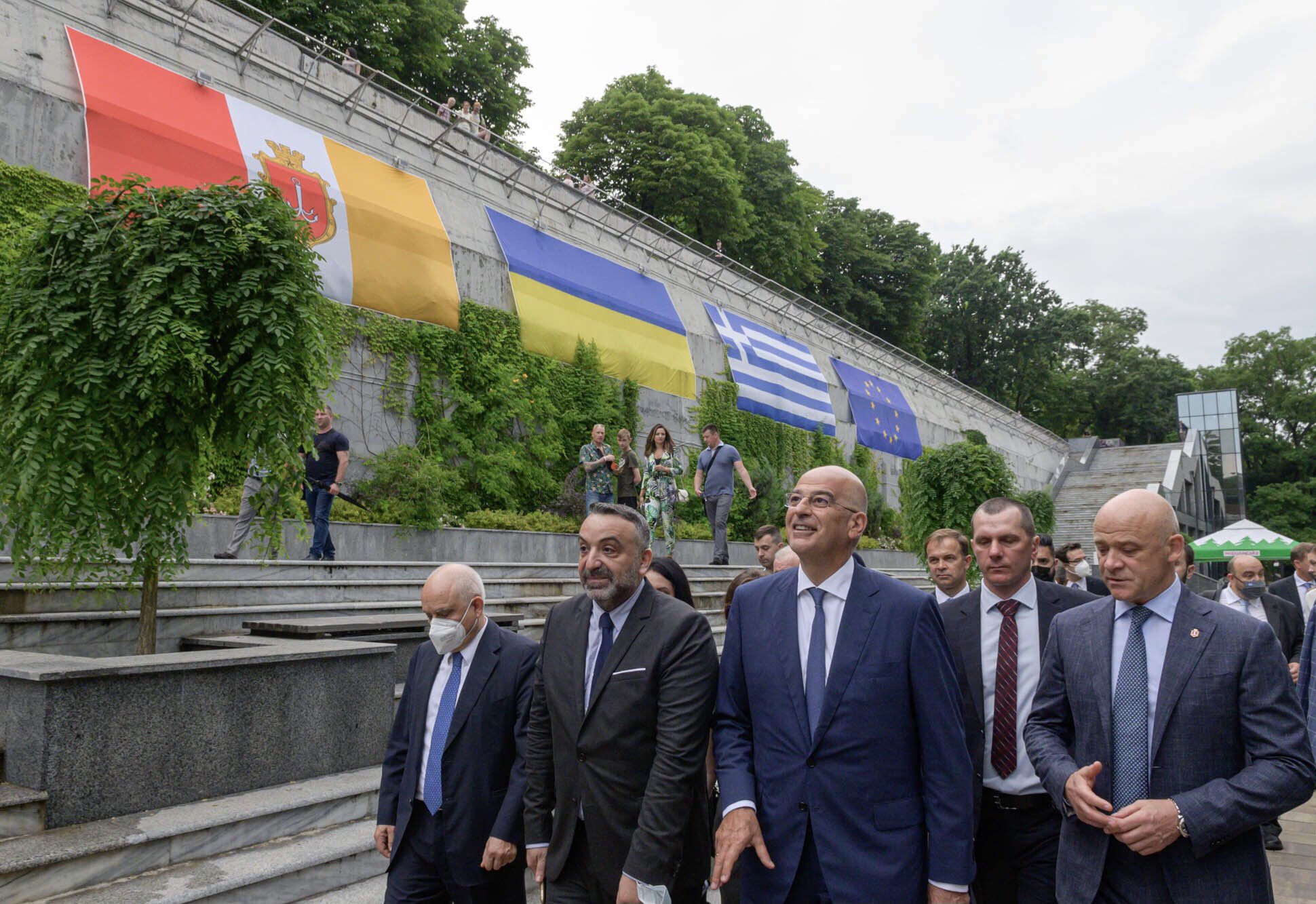 READ MORE: Dendias: Greece has no illusions about its relations with Turkey.

Deputy FM Fragogiannis in Benghazi: Greece is in Libya to stay