Greek Ambassador to Baku Nikos Piperigos joined a propaganda tour for over 40 diplomats organised by the Azerbaijani regime to recently captured areas of historically-demographically Armenian Nagorno-Karabakh. 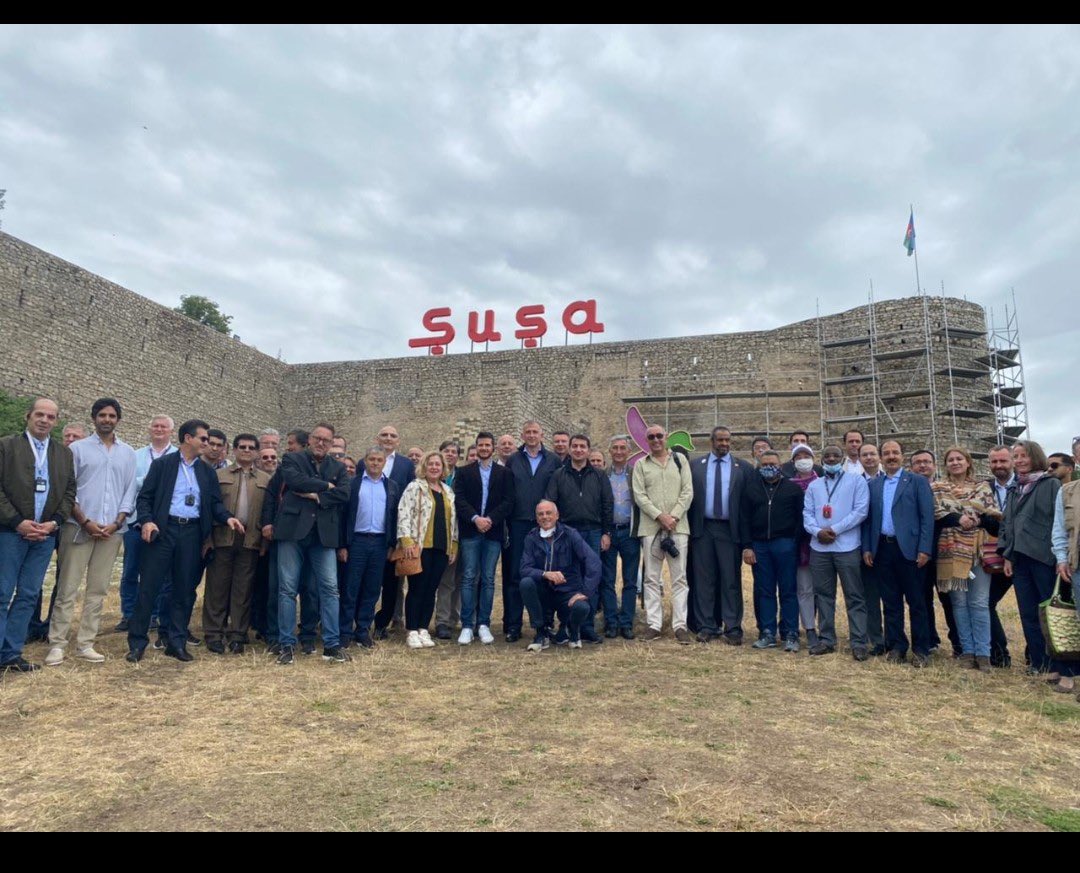 It is recalled that only last year during the ceremony of handing over the Ambassador’s credentials, Azerbaijani dictator Ilham Aliyev said:

Yet, despite Ambassador Piperigos being told blatantly by the Azerbaijani dictator that his country will blindly support Turkey in their attempts to steal Greek maritime rights in the Eastern Mediterranean, he still joined the propaganda tour on the weekend.

The Turkish-sponsored invasion of Nagorno-Karabakh led to horrific war crimes such as beheadings, the use of white phosphorus and the deliberate targeting of churches - even double-tap attacks against journalists.

It is recalled that Greek Foreign Minister Nikos Dendias was the highest level foreign official to visit Armenia during the 2020 Nagorno-Karabakh War after demands were made by the Greek public to express support for the embattled country.

However, the Greek public are now outraged that Ambassador Piperigos joined the propaganda tour organised by the Azerbaijani regime, especially since the U.S., Russian and French Ambassadors refused to join.

The foreign ministers of Azerbaijan, Turkey and Pakistan issued a joint declaration in January following the Second Round of Trilateral Dialogue of the Ministers of Foreign Affairs, which was held in the Pakistani capital of Islamabad.

In the joint declaration they reaffirmed to support each other's territorial ambitions against Greece, Armenia and India.

This suggests that if the Armenian administration in the areas of Nagorno-Karabakh that were not invaded, based in the capital city of Stepanakert, ceased to exist, the Azerbaijani government would become the second country after Turkey to officially recognise the so-called "Turkish Republic of Northern Cyprus."

Decisionmakers in the Azerbaijani capital of Baku for now have not officially recognised the so-called "Turkish Republic of Northern Cyprus" out of fear that Greece and Cyprus can retaliate by recognising Nagorno-Karabakh as an independent republic.

It then begs the question why Ambassador Piperigos joined a propaganda tour of the captured areas of Nagorno-Karabakh, especially when his American, Russian and French counterparts refused to do so.

Ambassador Piperigos has not responded to any requests for answers made by social media users.

The Greek Foreign Ministry did not respond to questions sent by Greek City Times at the time of publication.

Professor Sarigiannis: If vaccinations do not increase we can reach 18,000 COVID-19 cases a day

Why can't Azerbaijan stand the peace?