The European Court of Human Rights (ECHR) condemned both Poland and Turkey over the removal of judges from office and their arrest earlier this month. Both countries are finding themselves increasingly isolated.

Critics have described an “authoritarian turn” in Polish politics.

The ECHR is part of a totally different system to the European Union (EU), being part of the Council of Europe, which has 47 member states (including the UK and Russia).

However, Warsaw seems to be on a kind of collision route with Brussels too, for a while now, on a number of issues pertaining to the rule of law from the European Commission perspective, and to free press, LGBT rights, and so on.

Turkey, in its turn, has been growing increasingly assertive in its foreign policy and in its endeavors towards becoming a regional power though at the same time Turkish President Recep Tayyip Erdogan seems to find himself in the sidelines of the global political scene today.

Such isolation was visible during the NATO Summit last month when Erdogan could be seen physically isolated from other leaders in the official photographs.

Erdogan’s wording in describing Israeli then Prime Minister Benjamin Netanyahu as the “Jewish” (instead of “Israeli”) Prime Minister on May was the target of harsh criticism from the US State of Department spokesman (Ned Price), who urged him to refrain from “anti-Semitism” even though Israel is officially a “Jewish state” since the controversial 2018 “nation-state” was approved.

The truth is that Ankara has been aggressively trying to project its power and influence in the Middle East since at least the so-called “Arab Springs” starting in 2011. It intervened in the Syrian conflict as well as in Libya and in the recent Nagorno-Karabakh crisis.

When Turkey purchased the S-400 missile system from Russia, such infuriated the US, which then imposed military and economic sanctions on it.

In an attempt to send good signs to the new Joe Biden’s administration, Ankara has recently dismissed the Russian technical personnel in charge of S-400 maintenance, leaving it in the hands of Americans and thus infuriating Moscow.

This has not played well. Right now, American sanctions remain in force, while Russia certainly sees Erdogan now as a quite unreliable leader.

On June 21, Poland’s foreign minister praised the Turkish-built Bayraktar TB2 drone, saying it will strengthen Poland’s military. The sale was announced during Poland’s President Andrzej Duda’s visit to Ankara, in May. 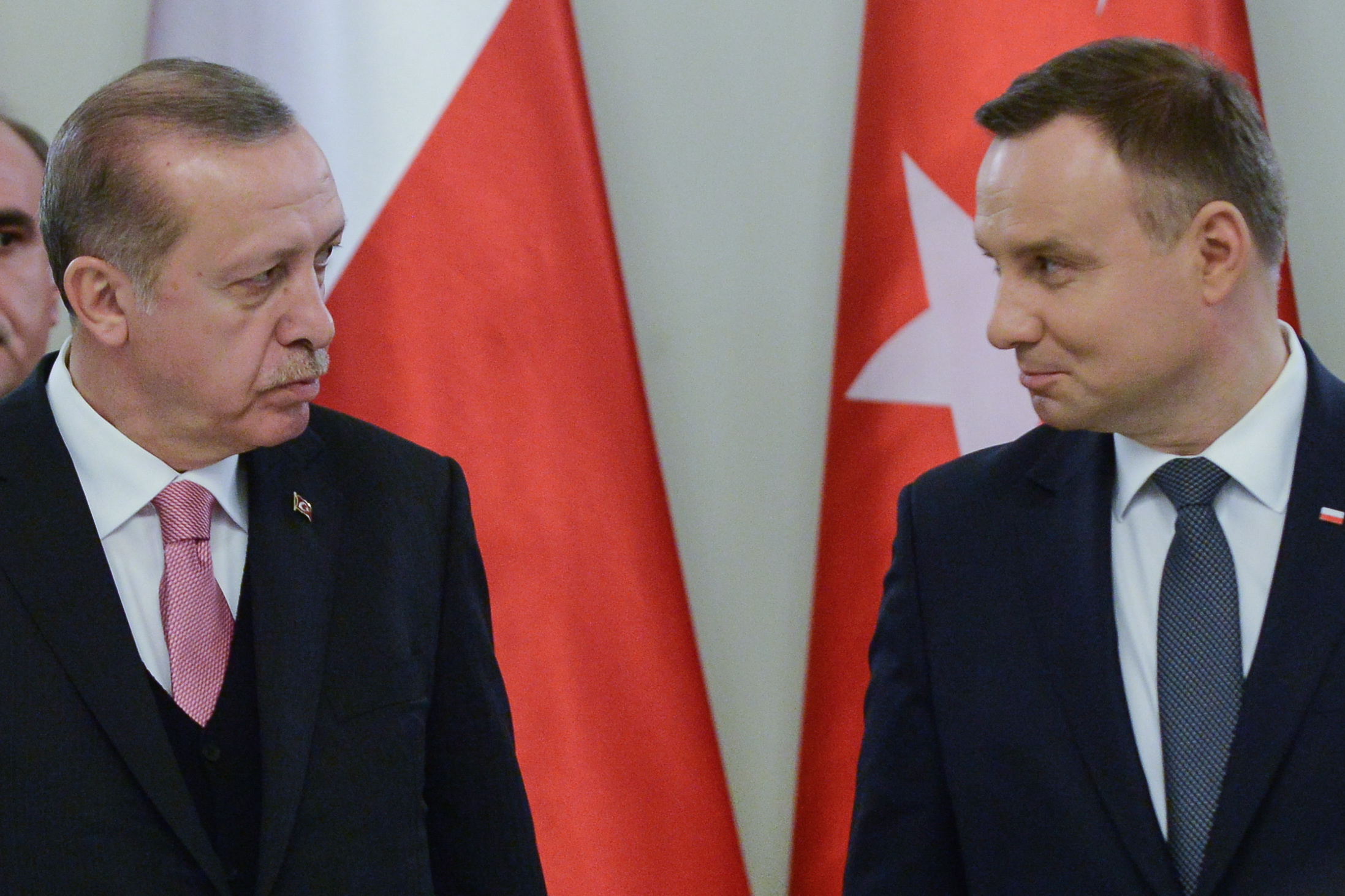 Poland is in fact the first NATO member ever to order Turkish-built drones – and has done so right ahead of Biden’s visit to Europe. One could say Turkish-Polish relations are on the rise.

Andrzej Duda’s visit to Turkey itself was also a historical moment. Deals for the agriculture, and tourism sectors were also signed, as part of a new defence and trade agreement.

Ankara as a NATO member seems to aim at having a close ally within the EU and NATO, albeit a relatively isolated one.

Turkey already has a close relationship with Ukraine and thus could be seen by Washington as an important NATO partner against Russia, since Russian-Turkish relations seem to be deteriorating.

On May 26 Erdogan talked about a “new era” between Ankara and Washington, but things are not so simple. In fact, Future tougher US sanctions (over the Russian S-400 system Turkey bought from Moscow) could limit Turkish relations with any other NATO members.

Plus, the Turkish-Polish TB2 deal and its new military alliance was portrayed by Turkey’s public broadcaster TRT as a “major step” challenging the American drone monopoly in NATO.

So, while Washington could certainly welcome what seems to be a Warsaw-Ankara alignment against Moscow, the same does not apply for their drone deal, for obvious reasons.

After 1989, Warsaw’s diplomacy was to a large extent shaped by its goal to join NATO and the EU.

After 2015, Poland entered a collision course with Europe while keeping its alliance with the US (under Donald Trump’s administration) as a priority. Right now, the Eastern European country seems to be kind of adrift.

There are signs of new realignment. Recently, Polish Foreign Minister Zbigniew Rau has praised cooperation with China, while the EU is allowing itself to be used by Biden’s administration as a kind of counterweight to Beijing.

However, both Rau and his Romanian counterpart, Bogdan Aurescu, are urging the US to support the Three Seas Initiative (3SI) projects, in an article published in Francis Fukuyama’s “American Purpose”.

The 3SI is a forum comprising 12 EU countries located between the Adriatic, Baltic, and Black Seas. Its aim is to promote cooperation in the region.

Rau and Aurescu write that the 3SI could become a strategic “American economic footprint in the region” and a “counterweight to investments in critical infrastructure by actors who do not share our democratic values” (by that they obviously mean China).

They also write that such projects would allow them to move their troops in a more strategic manner, thus strengthening “connectivity between the north and the south of NATO’s eastern flank”, which, they claim, is important because of a supposed Russian threat.

At the same time, Warsaw seems to be seeking cooperation with Beijing on its new economic development program, known as the “Polish Deal”. Courting China short circuits courting the US for financially supporting an initiative aimed at countering Beijing.

The recent Polish-Turkish relations can be seen in the light of Warsaw’s search for new strong partners.

Turkey has proven to be quite good at playing a kind of double game between Moscow and Washington.

Rather than fully realigning with the West, for Turkey, it is all about having leverage. This is a game Turkey plays well. One wonders to what extent Poland can keep up.

Uriel Araujo, researcher with a focus on international and ethnic conflicts.