Main opposition leader Alexis Tsipras blamed the government for the mini lockdown in Mykonos after his visit to the island’s health centre and his meeting with the mayor of Mykonos.

He said that “Greek tourism and the public health are crucial matters to be addressed with such unbearable lightness.” 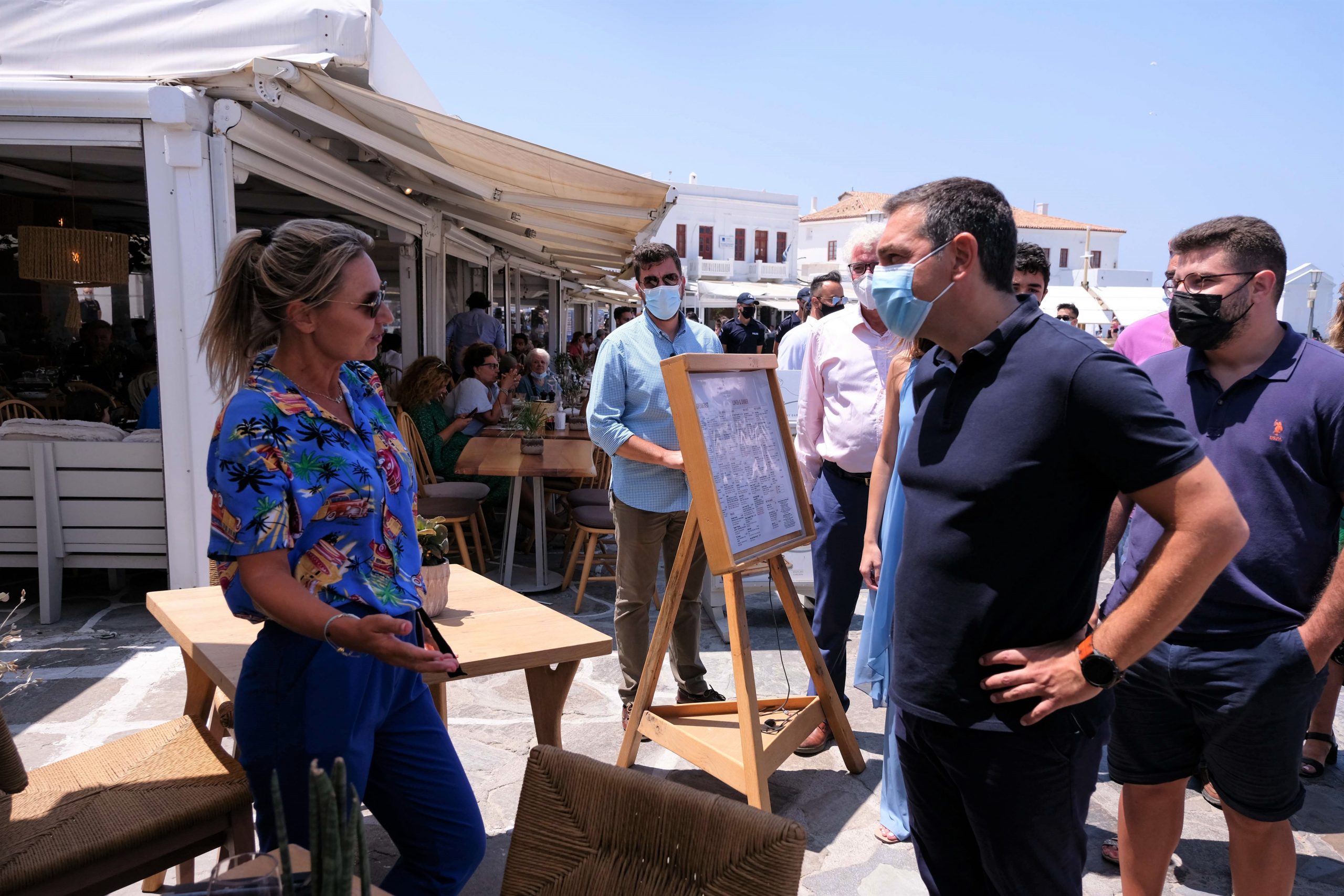 “Mykonos is the flagship of the Greek tourist industry,” Tsipras said adding that in parallel this year Mykonos is the most characteristic example of the government’s total failure regarding the management of the pandemic.

“When you do the same mistake for second consecutive time in the same year, it is not a misfire or misfortune but inefficiency,” Tsipras said.

He also accused the government of doing exactly the same mistakes it did last year and urged it to launch a campaign in order to give again the signal that the vacations on Greek islands are safe.

READ MORE: This is the first of 18 Rafale fighter jets Greece will receive from France (PHOTOS).