The grave of three Greek soldiers, martyred in 1940, were looted and their bones stolen in the village of Vodino in Northern Epirus, Southern Albania.

The incident was noticed last Saturday and has upset the indigenous Greek population of the area.

The case is being investigated by the Argyrokastro (Αργυροκάστρα, Albanian: Gjirokastër) Prosecutor's Office, but there is no more official information.

There are estimates that this is either the work of criminal elements seeking a "ransom" for the return of the bones, or the action of Albanian nationalists who often react to the presence of Greek cemeteries in Northern Epirus. 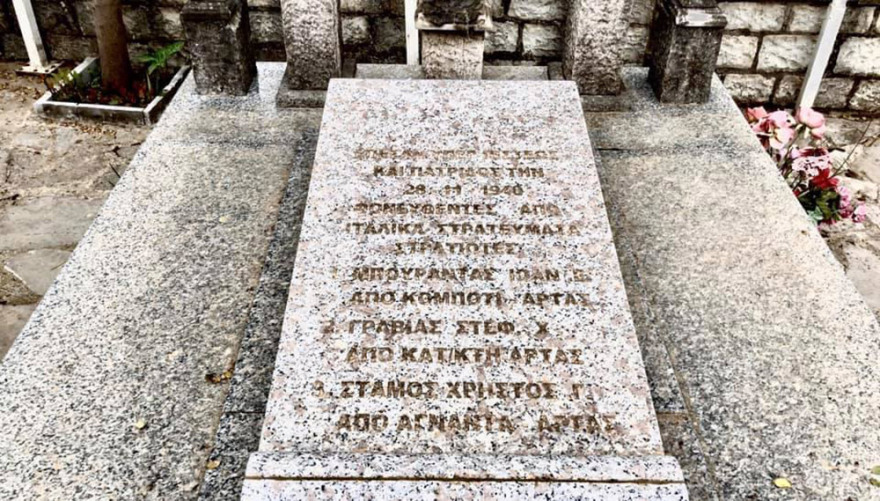 According to Albanian reports: "Members of the Joint Greek-Albanian Bone Search Committee had previously requested the removal of the bones of the three soldiers, but were not allowed to do so by the villagers." 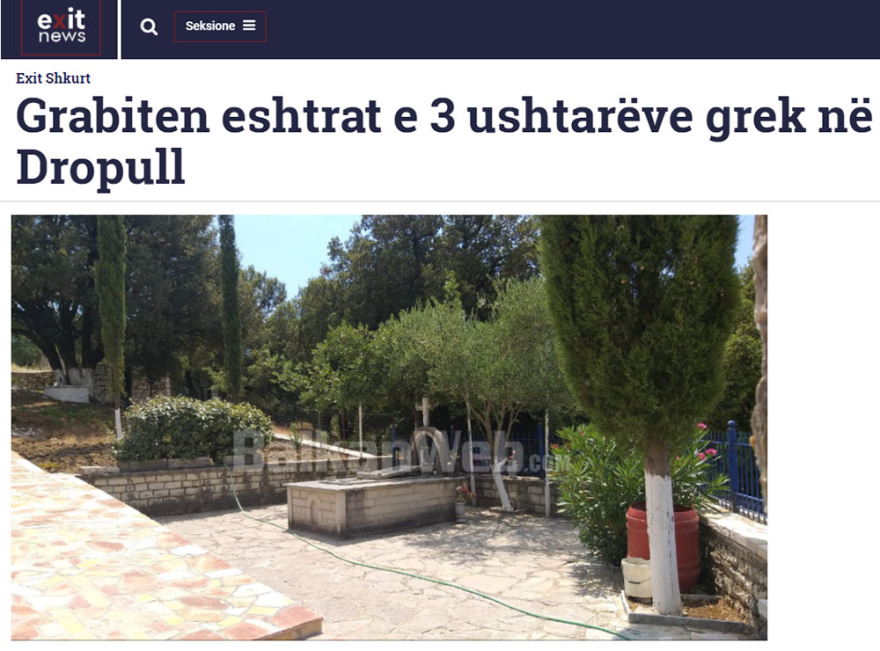 The soldiers Stefanos Gravias, Ioannis Bourandas and Christos Stamos - all from Arta - were killed in November 1940 in the area and were buried in the common grave located in the courtyard of the Holy Temple of Agia Paraskevi in ​​Vodino.

The well-known artist Christos Mastoras, originally from Vodino, has repeatedly mentioned the existence of the tomb with the three heroes in his village, as recently as last October with a post on Facebook. 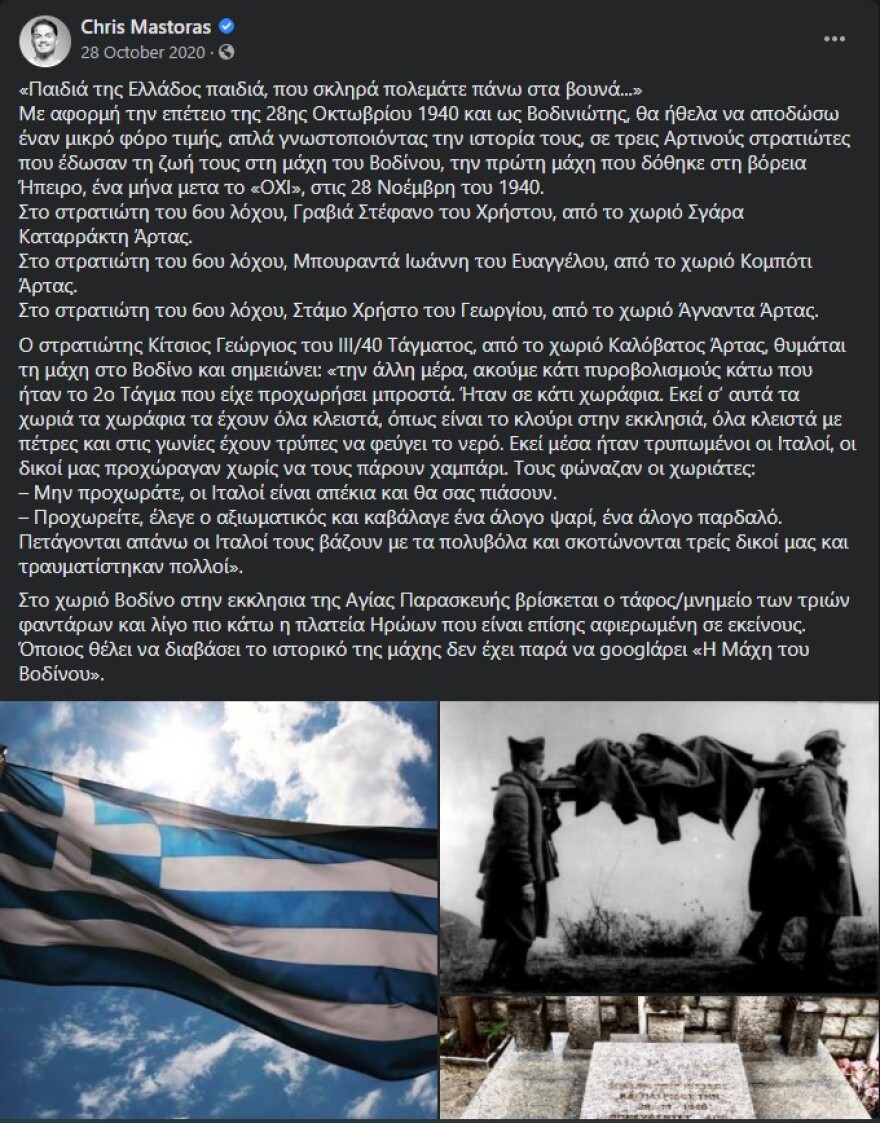 Akar: "Balance in the Aegean has not change with the used Rafale jets that Greece bought"

The Greek Minority of Albania celebrated Epiphany - See the photos