The plans of two Saudi young men in Mykonos developed into an unprecedented nightmare as they were allegedly attacked and could not leave the island if they did not pay more than 7,000 euros due to the hookahs they smoked in the villa they stayed in for eight days.

The Saudis claim, in a letter sent to their country’s embassy, that they were blackmailed by to Greeks to give money, one of whom is said to be a security guard in a hotel business.

Although the agreement included a 1,600 euros payment for the eight days they would stay in the villa, suddenly the person in charge with another burly man demanded 7,600 euros, threatening the Saudis – according to their claims – that they would proceed to complain to Greek authorities in order to prevent them from returning to their homeland.

The two young Saudis, who stayed in Mykonos from July 9th to July 17th, first in a villa and then for two nights in a boutique hotel, went to a concierge office and asked for hookah services.

In the communication that Proto Thema had with them a few days ago, they stated: “They blackmailed us. We had agreed that they would provide us with shisha (hookah) services for 200 euros per day, for a total of 8 days. But on the last day, instead of 1,600 euros, they asked us for 7,600 euros. This is crazy!”

“We have fallen victim to deception by people who unfortunately tarnish the reputation of Greece and the Greeks abroad,” they added. 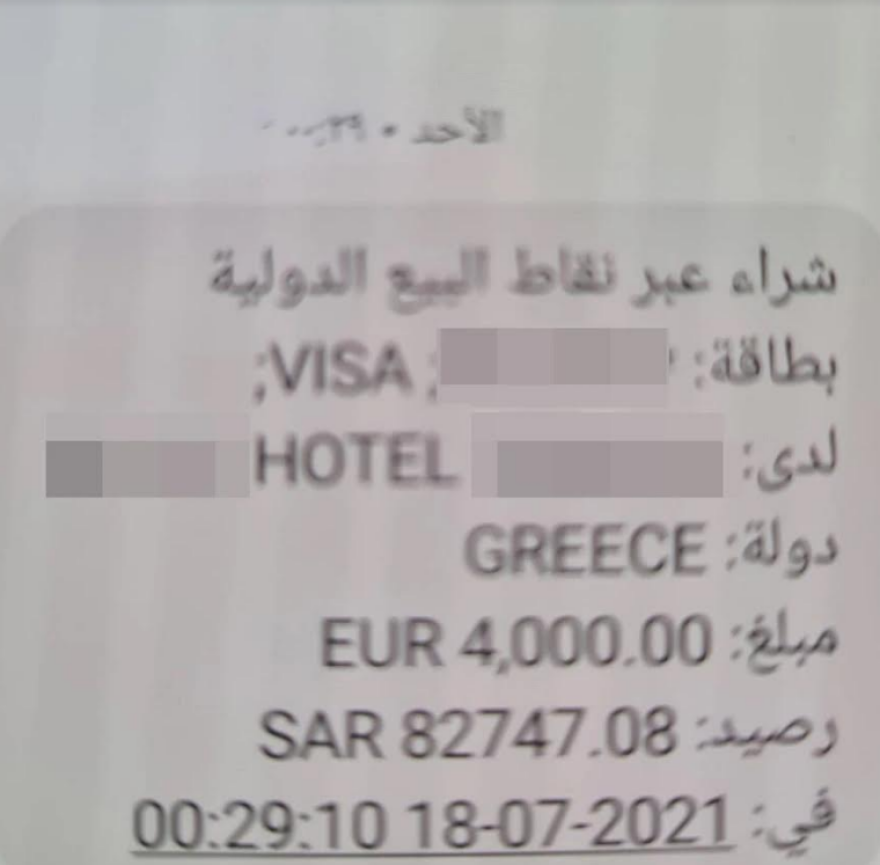 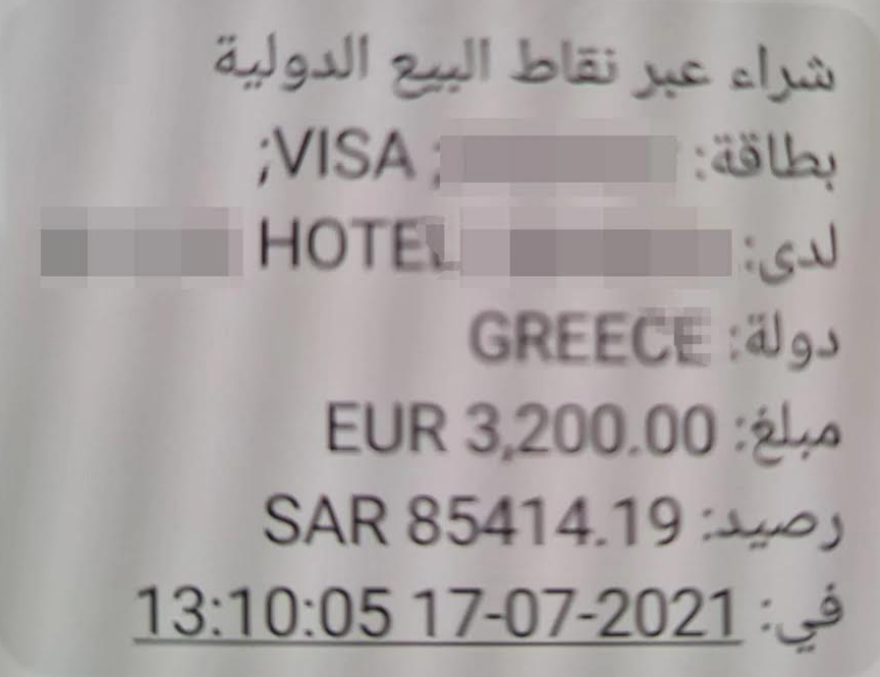 The letter to the embassy:

In a letter sent by one of the Saudis to their embassy in Athens, he pointed out that the agreement was violated and even though they paid 3,400 euros to end the controversy,
the blackmail continued to try and get another 4,000 euros.

“We were told that the value of each hookah was up to a thousand euros. We were surprised by the exorbitant amount,” said one of the two Saudis who sent the letter.

“They attacked us and threatened to stop us from leaving the island if we did not give them 4,000 euros,” he said, adding that they had already paid 3,400 euros to escape the incidents, despite the fact that the agreement was for 1,600 euros.

Specifically, they state in their written letter:

“We agreed through a concierge office in Italy to provide hookah services to our villa in Mykonos.

“The charge for each night for 200 euros was also foreseen. We stayed at home for a total of eight nights and after the end of the stay, the person in charge asked us to pay 7,700 euros.

“Then we told him that we agreed on 200 euros for each of the eight nights, which means that the total amount reaches 1,600 euros.

“However, the person in charge denied it as he claimed that the payment of 300 euros was needed for the preparation of each hookah. On top of that, he told us that the value of each hookah was up to a thousand euros.

“We were surprised by the exorbitant amount.

“Subsequently, the person in charge asked us to give him 3,400 euros, saying that he would close the issue, otherwise, he told us that it would prevent our return and that it would cause us problems.

“We informed the embassy of Saudi Arabia about the problem, while to avoid tensions we paid 3,400 euros. In the process, we told the manager that we would leave the villa to go to a hotel, giving him the address.

“Returning to the hotel in the afternoon, we were surprised to see this man standing at the entrance, along with two others. They attacked us, while threatening us that they would prevent us from leaving the island if we did not give them 4,000 euros.

“We called the embassy of Saudi Arabia, informing the service about the incident. The embassy called the police from Athens, but they were not present at the scene, citing traffic congestion. After unbearable pressure and blackmail, we finally paid 4,000.

“I have asked for the help of the Greek government to get the money back and hold the blackmailers accountable.”

READ MORE: Salt Bae visits a yiayia in Mykonos and cooks for her.