“Today’s summit reflects our countries’ commitment to promoting peace, stability and prosperity in the wider region,” Prime Minister Kyriakos Mitsotakis said on Wednesday in his introductory speech at the tripartite Greece-Cyprus-Jordan Summit in Athens. 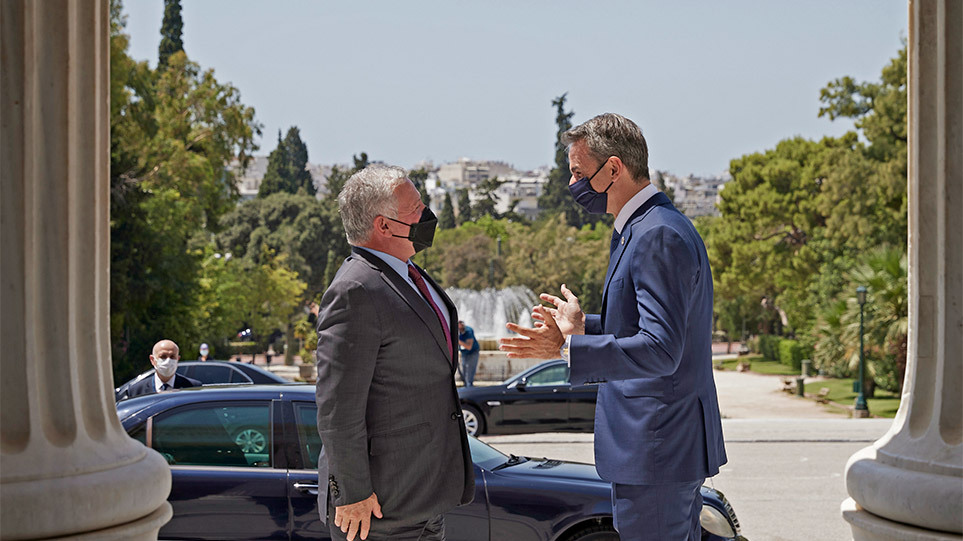 The prime minister noted that progress has been made since the first summit in 2018 as the three countries have expanded and deepened their cooperation in a wide range of areas.

The prime minister stressed that the three countries are determined to expand their partnership, strengthen their cooperation and further promote their coordination on political and economic issues, but also in the field of security. 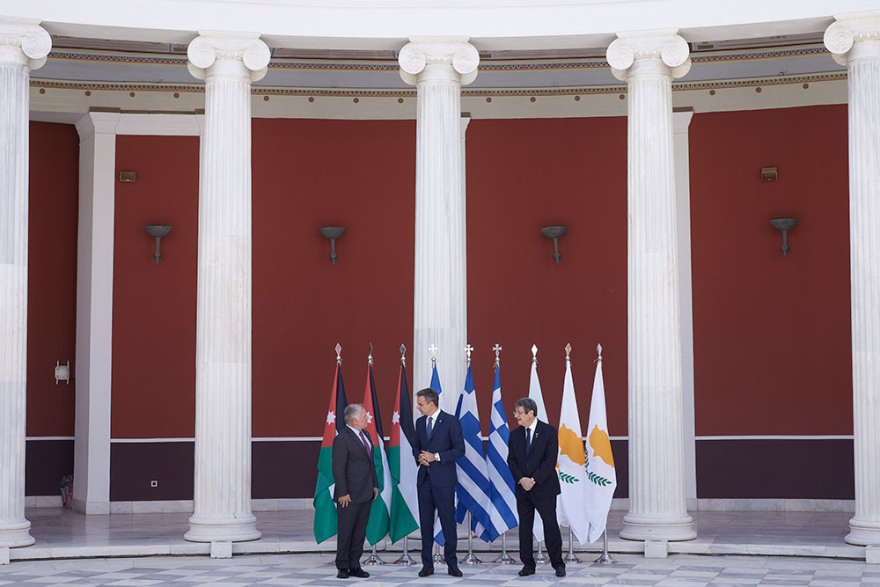 “Our partnership has never lost its momentum, not even during the COVID pandemic,” Mitsotakis said.

“We managed to keep our cooperation active and to create a series of working groups.

“In light of the unprecedented challenges and the enormous impact of the Covid-19 pandemic on the social, economic and health systems, we firmly believe that we need to further accelerate our coordination and promote even more synergies in areas of common interest in order to maintain the dynamics and to strengthen this very successful cooperation.”

Mitsotakis added that they will discuss a number of issues, including EU-Jordan relations, but also how Greece and Cyprus can contribute to their further strengthening.

“We will also have the opportunity to discuss extensively regional issues of common interest, such as the situation in the Eastern Mediterranean, Libya and Syria, the Middle East in general,” he added.

“As far as the Cyprus issue is concerned, we will have the opportunity to discuss the recent unacceptable developments which – as you know – are contrary to the Security Council resolutions, and in the light of the very important Presidential Statement of the Security Council of 23 July,” Mitsotakis underlined.

Heatwave to boil Greece for the next week