Antonis Vezyropoulos, known as the “shepherd of Imia “, passed away in the early hours of Wednesday on the island of Pserimos where he occasionally lived.

For more than 20 years, Vezyropoulos was a shepherd for about 40 goats on the two islands, which he visited regularly. 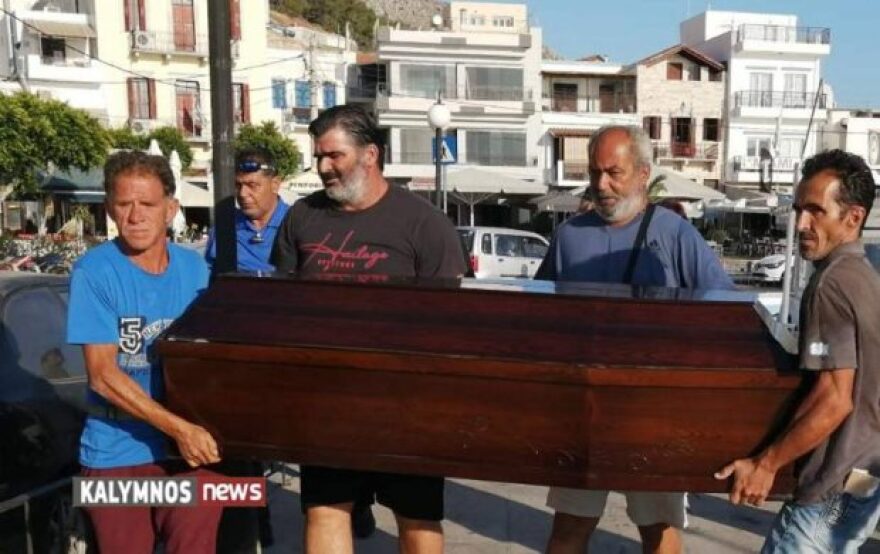 He wrote his history in Imia as an emblematic figure who put his own stamp on the Greekness of the two islands.

The shepherds body was transported at 7:30 in the morning from Pserimos to Kalymnos, where his funeral will take place.

In an earlier interview, Vezyropoulos talked about his experiences on Imia over the years.

“I transported my animals to the islet for the first time in 1984. I took my boat from Kalymnos and went there to take care of them.

“At the same time, I could fish. I stopped for a while because of the crisis of 1996. But then I continued.

“I went at least two to three times a week. Sometimes my boys and sometimes my wife helped me. At that time I was receiving a pension of 700 euros per month.

“They also gave me a small amount from the Municipality and so I could, even with difficulties, graze my sheep.”

At the age of 91, describing the Turkish provocation in the area, the shepherd said: “I remember traveling in my boat to the island and large Turkish boats maneuvering next to me.

“Like now I remember their big white boats. They created waves in order to sink me.
My boat was very small in relation to their own boats.

“They did not seem to care if I fell into the sea and drowned in the waves. I showed them, however, that I had the courage to continue.

“I have been many times on the rocky islet and planes and helicopters passed over me.”

Thessaloniki: 28-year-old Moroccan arrested for being a member of ISIS

Kalymnos: Pakistani man sexually assaulted his partner’s daughter – “He was going to rape me”