Recent media reports in Turkey say a 43-year-old Turk was shot dead from the Greek side of the border in Evros.

Turkish media report on an incident that happened on Saturday on the bank of the Evros river, which is a natural border between villages in Greece and Turkey.

However, sources state that the incident took place in the Turkish region of Evros in a place with very dense vegetation.

They were migrant smugglers and one of the two Turks involved was likely drunk.

The same sources emphasise that an investigation has already been carried out by both the army and the police.

The investigation found that it appears shots were not fired from the Greek side. 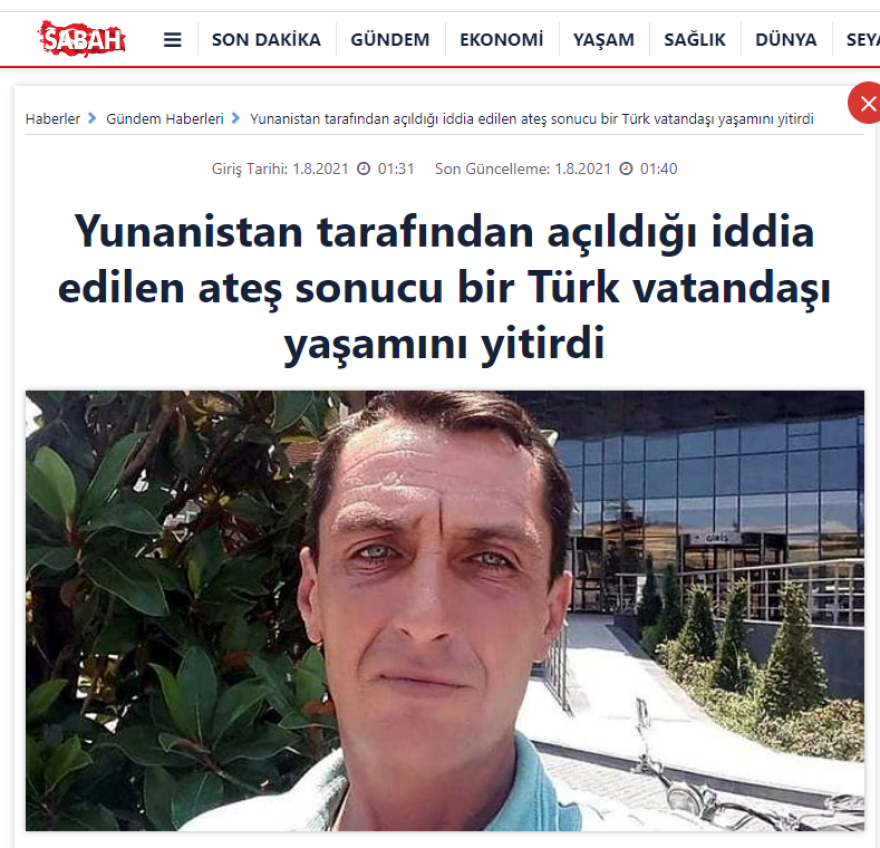 Turkish media reports say that the alleged victim, Mehmet Durgun, was sitting with his fellow villager Süleyman Şener, 60, on the river bank when he was shot in the face.

According to Şener, who rushed to the nearby village where he reported the incident, Durgun died instantly. 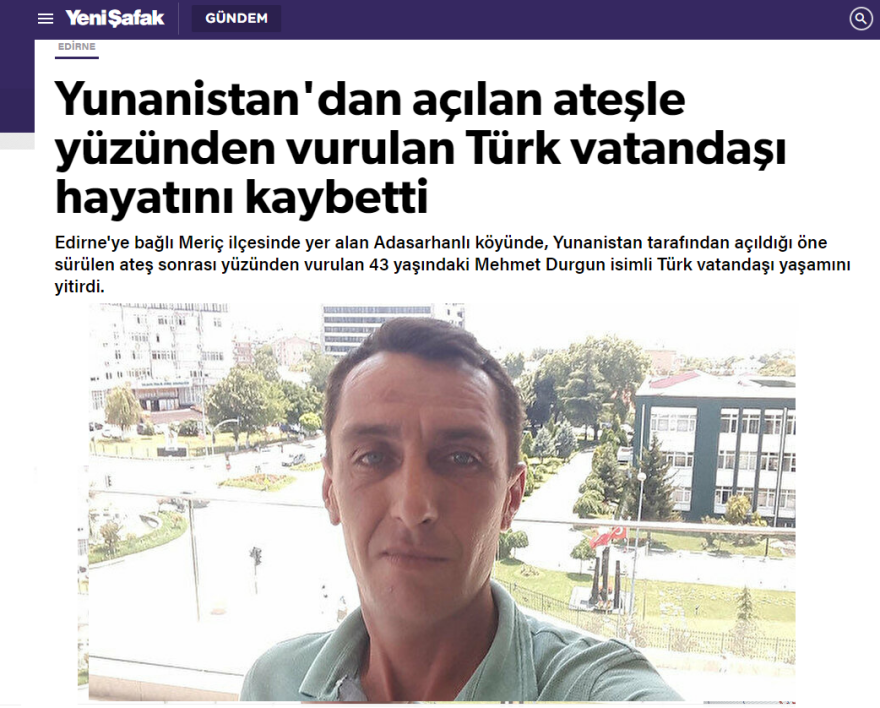 An ambulance arrived at the scene and transported the body of the victim to the morgue of the hospital in Adrianopolis (Ἁδριανούπολις, Turkish: Edirne).

According to Proto Thema, the Turks intend to make an official complaint against Greece.

Sources state that Greece will reject any complaints from Turkey, arguing or pointing out that such incidents would not have happened if the Turkish side had done its duty in stopping illegal immigration.

READ MORE: Our beloved Lebanon will never be alone again – Bridge of friendship between West and East.