During a live connection of the OPEN TV station from the fire front of Varybombi , the journalist Spyros Ferementitis told Cypriot firefighters “Thank you for coming.”

The response of a young Cypriot firefighter was extremely moving though: “We do what we can for the motherland”.

Cyprus is assisting in the efforts to extinguish the fires in Greece, with 20 members of the Fire Service and two fire trucks, which arrived early on Thursday morning with a C130 aircraft.

The mission also includes 20 members of the Cyprus Civil Defence and their personal equipment.

At the same time, firefighting forces will be reinforced by two aircraft from the Cyprus Department of Forests. 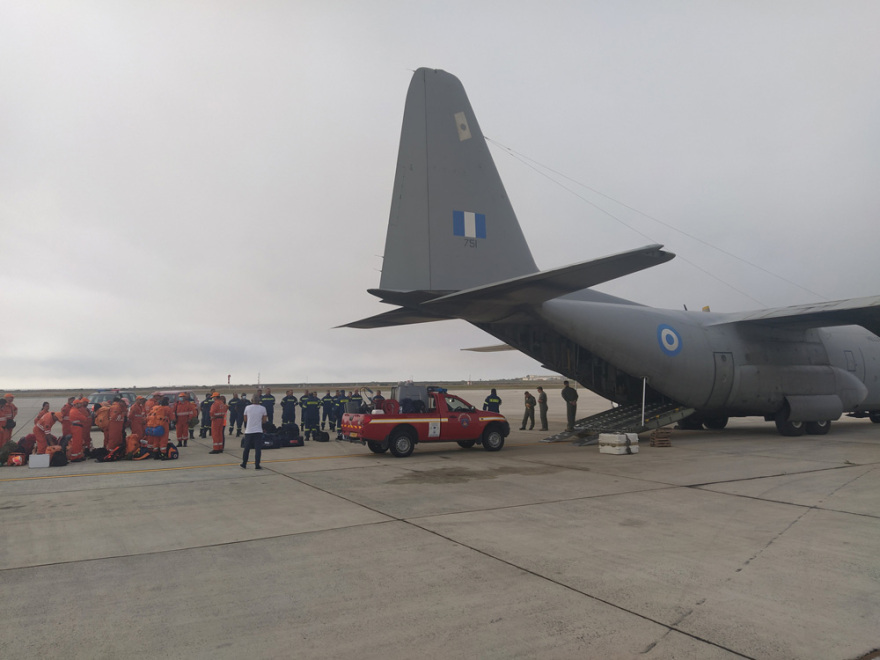 “Cyprus stands by the Greek people in these difficult times,” said Deputy Government Spokeswoman Niovi Parisinou in a written statement.

Late Thursday afternoon, the spokesman of the Cyprus Fire Service, Andreas Kettis, posted on his social media account, videos from Cypriot firefighters working in the toll area between Agios Stefanos-Afidnes.

Firefighters from Cyprus are also taking part in the extinguishing efforts in Kryoneri and in Tatoi.