Bulgarian Member of the European Parliament Angel Dzhambazki stressed that North Macedonia, as another Bulgarian country, cannot be abandoned by Bulgaria during these devastating fires.

Dzhambazki said that some Bulgarians held the view that Bulgaria should not help Skopje because, according to him, “when your house is burning at the same time, you do not go and save your neighbour.”

However, as the MEP argued, “Human tragedy cannot and should not be politicised, let alone used for populism and money laundering.”

“When North Macedonia burns, a Bulgarian country burns,” he continued.

“When Bulgaria helps Northern Macedonia, it helps to deal with the fires, it helps not only the neighboring country, but also supports its compatriots and prevents the fire from entering our borders,” Dzhambazki wrote on social media. 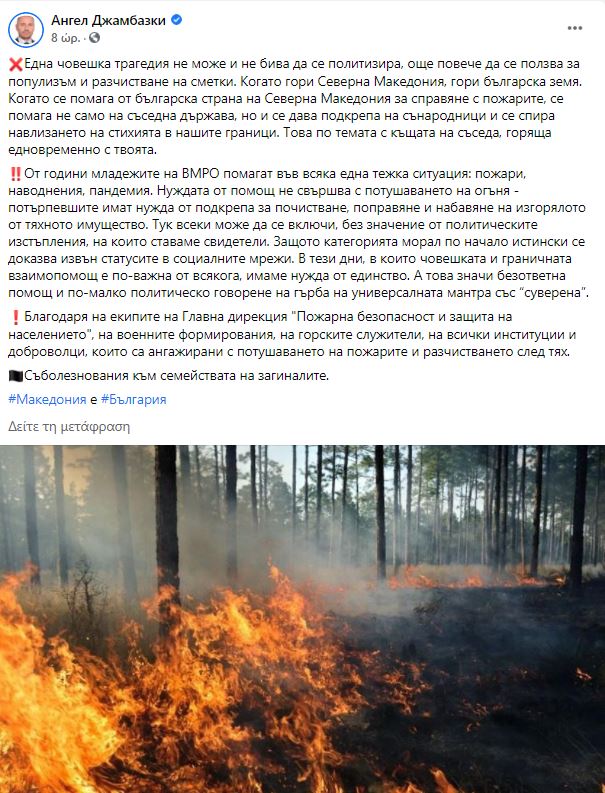 Zaev: “Macedonian” language and identity was never recognised before me